Minneapolis friends design new hammock that can be set up anywhere

With their company The Republic of Durable Goods, two former Target designers created a new hammock that lets you relax anywhere you want. 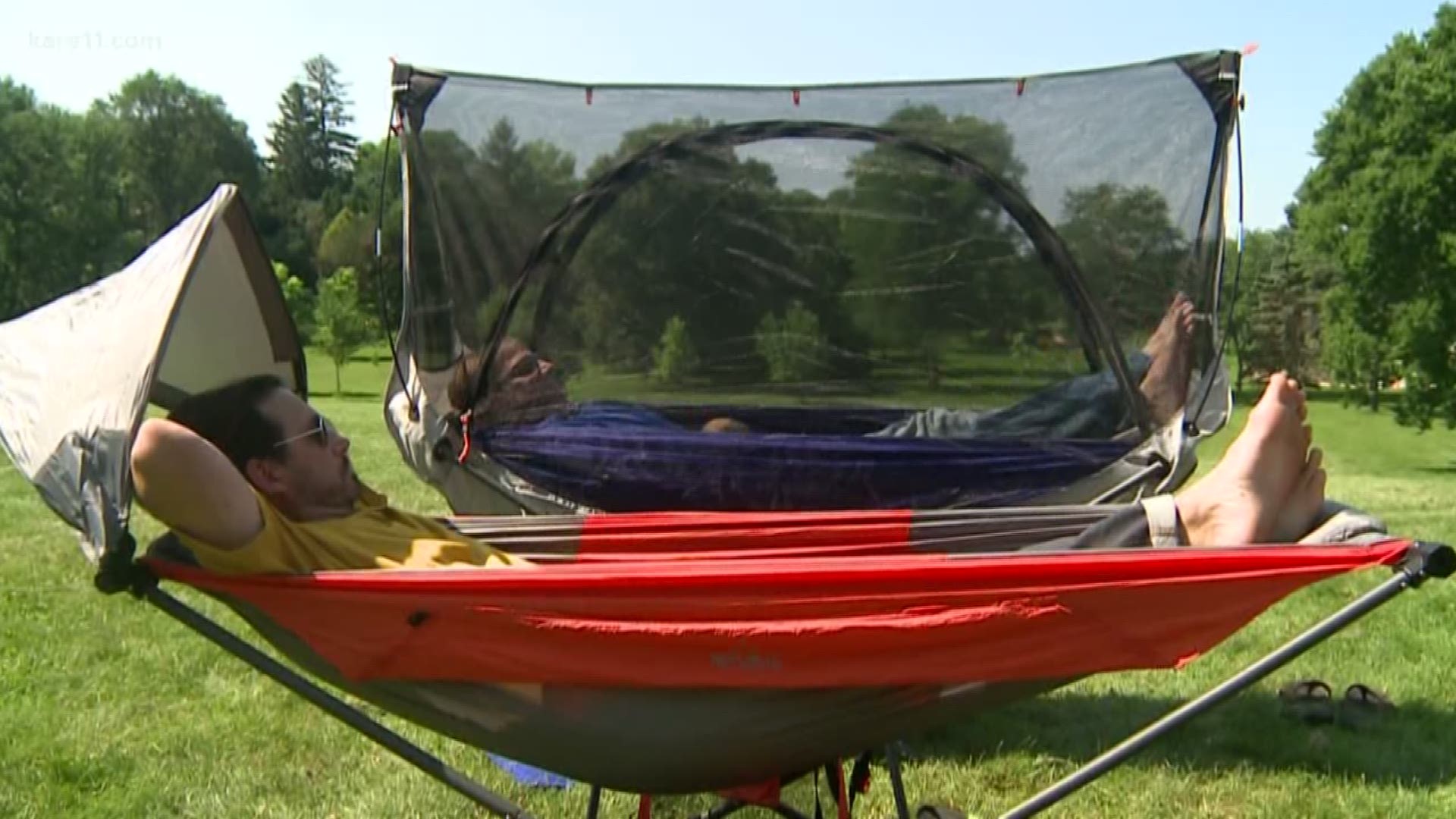 MINNEAPOLIS — Summer is all about taking it easy, enjoying this nice weather we all know won't be around forever.

Two Minneapolis designers have created a new way to do that, with a new hammock like you've never seen before.

Traditional hammocks are set up by stringing them up between two trees, but what if there are no trees in sight?

That problem got two friends, Chris Svensrud and Jason Drew, thinking, what if you could set up a hammock anywhere?

"You just pick it up and move it around to wherever you want," Drew says.

And what if you could make it weigh less than 15 pounds and could set it up in less than 60 seconds?

"We just started brainstorming how do we do that? What's out there? We started doing research and started coming up with ideas," Drew says.

They started making prototypes and eventually found a design that fit.

"This is probably product 50 of that prototyping phase," Svrensrud says.

They officially launched the “Mock One” in August of 2018, under their new brand The Republic of Durable Goods.

They ultimately decided to list their design on Kickstarter and Indiegogo.

Their goal was to bring in a few thousand dollars to help them get started.

They exceed that goal within a week and ended up bringing in more than $600,000.

"It was larger than they ever thought it was going to be," Svensrud says.

They've already sold a few thousand hammocks through their website and just landed deals with Walmart and Gander Outdoors to be in stores this November.

You can buy the hammocks as is, or with all sorts of accessories.

"Here in Minnesota the bug net is fantastic," Drew says.

You can also buy an additional package that turns the hammock into a tent you can sleep in at night.

"With this set up you could set yourself up outside anywhere, in any environment," Svensrud says.

The product is all about taking it easy, but the two friends say getting their business this far along has been anything but.

Though they technically spend their days living a life of leisure, selling a product designed to help people relax, they say running a small business is more demanding than they expected.

Their mission of getting more people outdoors keeps them focused as they work to make their hammocks even more relaxing.

The Republic of Durable Goods is based in the Twin Cities.

To learn more about their hammocks visit https://republicofdurablegoods.com/