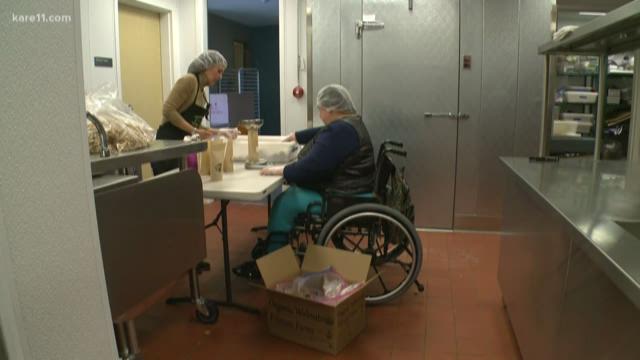 A Minneapolis nut company is taking its "good-for-you" snack and pairing it with a mission to do good.

Isadore Nut Company has been around for more than five years but this summer founder Tasya Rosenfeld Kelen considered a change.

"I honestly thought this would've been my last holiday season if we had talked in August," Kelen said.

Kelen named her company Isadore Nut Co. after her grandfather, Isadore Rosenfeld, who was focused on clean, healthy eating. After he was diagnosed with Parkinson's Disease, he searched for alternative healing modalities.

While Kelen was a stay-at-home mom, she noticed a lack of healthy snack options at her local farmer's market. She then started Isadore Nut Co.—focused on premium nuts, roasted by hand in small batches.

"We only sweeten with a very, very light amount of local maple syrup... my big claim to fame is we're four grams of protein to two grams of sugar. So you're really getting that high quality of the nuts and different spices that are inspired by really ways to heal the body," Kelen explained.

But this summer when she found herself at a crossroads, Kelen discovered a new program that has put her company down a new path.

"All of a sudden every flood gate in my brain opened up and I was beyond joyful at the idea of changing my whole business model to incorporate people with different abilities," she said.

Cornerstone Creek is focused on helping adults with developmental disabilities live more independently. Its first tenants moved into the 45-unit building in January 2017 and 100 people are currently on a wait-list.

"It's really about allowing them to live their best lives and us just being here to guide that," said Alyssa Golob, J-HAP's executive director.

Golob said J-HAP hosts learning activities for its tenants, like how to adjust your thermostat or sort your laundry. But Golob said they realized that about 90 percent of the people with jobs who lived at Cornerstone Creek were either underemployed or not satisfied with their jobs. Golob said many times these jobs were not person-centered.

Then this fall, J-HAP opened its kitchen at Cornerstone Creek.

"When the kitchen opened we were talking about how we can continue to use our kitchen and expand and potentially offer job training or job opportunities. I met up with a friend who is a food entrepreneur and started a business in Minnesota and he told me all about this commercial shared kitchen space and why there's such a need," said Nicole Rabinowitz, J-HAP's kitchen director.

Isadore Nut Co. now works out of Cornerstone Creek's kitchen and employs a couple of its residents, including Daisy Peterson. Before this job, Peterson was unemployed.

"I just like the people and they're friendly," Peterson said.

On Wednesday, Peterson was weighing nuts while Kelen put labels on the bags.

"It makes me think about how... not so much to be an inclusive employer but to be an integrated employer because that's really what we thrive on is having two different people side by side who have very different abilities," Kelen said.

Kelen now has dreams of expanding Isadore Nut Co. to the national level.

Kelen said, "To be able to say this snack tastes really good and it's got this whole other piece that it is really doing good in the lives of people who wouldn't necessarily have opportunities... I think that's one thing that I'm just incredibly proud of is to be able to offer the opportunity."

Currently, J-HAP is working with about two entrepreneurs and three of their tenants have jobs through the program. They are looking to expand the program in the new year.

You can find out more about Isadore Nut Co. and where to buy their snacks, here.