A St. Paul fire captain has seen firsthand how cancer can impact firefighters. Now he's helping fellow firefighters protect themselves while out protecting others. 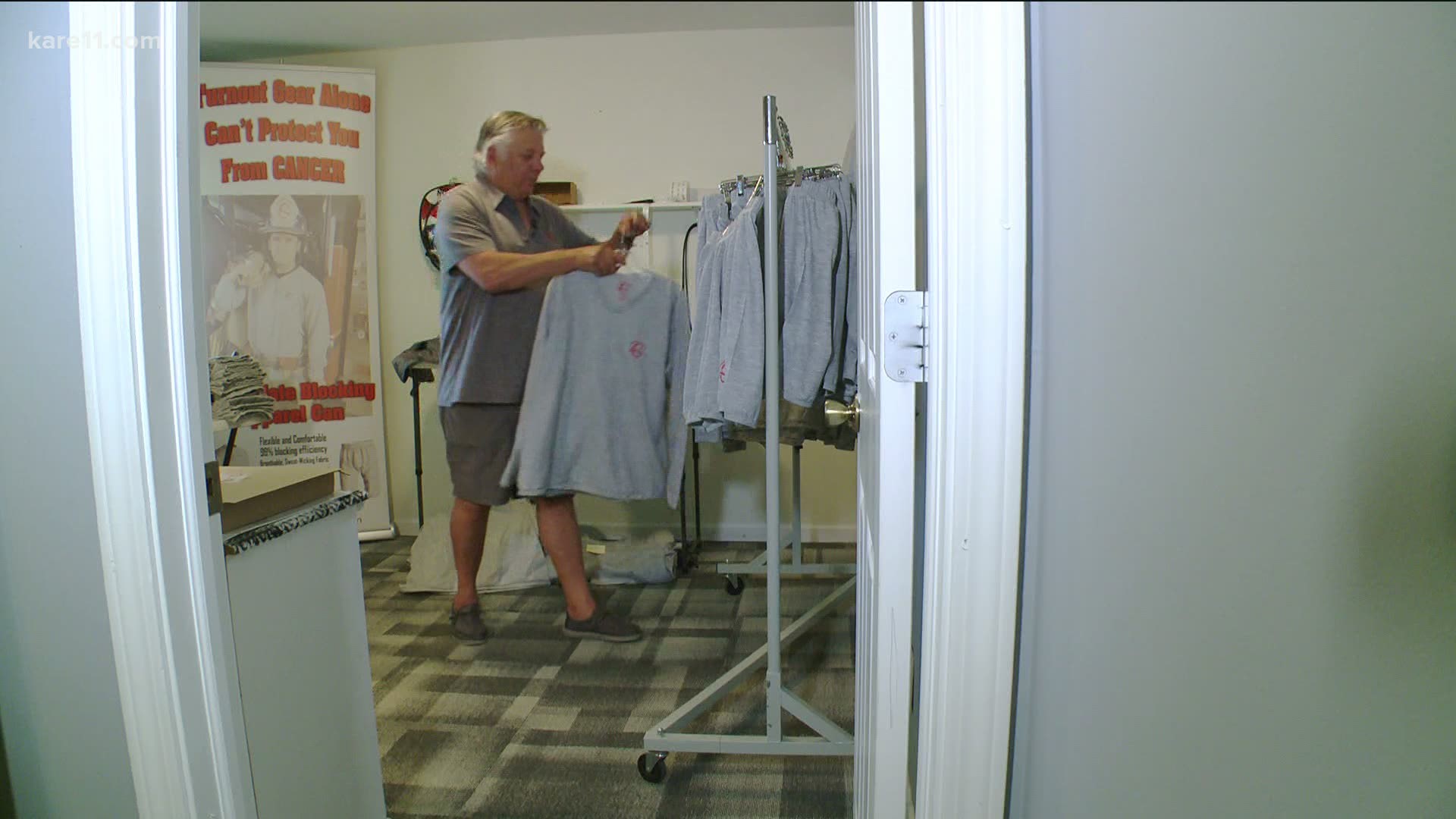 SAVAGE, Minnesota — Mark Monson's life changed forever while walking his dog near the Savage Fire Department 26 years ago. Monson started chatting with some of the volunteer firefighters who encouraged him to apply.

"I don't know how many people can look back at one moment in time and figure out when their life changed for the positive but every positive thing I have in my life came from that moment forward," Monson said.

Monson is a captain and paramedic with the St. Paul Fire Department and retired firefighter for the city of Savage. Throughout the years, he has watched as fellow firefighters have battled something other than the flames they confront on the job.

"Non-Hodgkin's lymphoma was the cancer I had and firefighters get that cancer at a 51% greater rate than the general public," said Steve Shapira, Minnesota state director for the Firefighter Cancer Support Network. "For the year 2020 for career firefighters, over 75% of the firefighters that died in the line of duty were cancer-related."

Shapira was diagnosed with firefighter occupational cancer in the spring of 2014 and had to retire from his role as a St. Paul fire captain in July 2015. He spent 17 years with the St. Paul Fire Department.

According to the National Institute for Occupational Health and Safety, firefighters have a 9% higher risk of being diagnosed with cancer and a 14% higher risk of dying from the disease than the general U.S. population.

"This is one of the areas where we still need a lot more focus and a lot more money put into is understanding what cancer actually does to a firefighter and specifically to their families, how it changes the course of your life irrevocably," Shapira said.

Seeing the impacts cancer was having on his fellow firefighters, Monson started thinking about how they protect themselves while responding to calls.

"Back in the 90s when I started, we knew that construction of homes was different. A lot more glues; a lot more plastics; the fires were hotter, burning faster and the carcinogens and the particulates coming out of the fires... we knew were dangerous then. Fast forward 25 years to today, we've learned that cancer has been the result of those glues and plastics burning," Monson said. "We've done a great job of protecting our airways for the last 30 years... but we've learned through these studies that we also absorb these particulates through our skin causing higher rates of cancer."

Monson realized they had hoods to protect their heads and necks but what about the rest of the body?

It turns out... gear alone wasn't cutting it.

"We also have other areas in our body that are very absorbent... the groin, the armpits, this is the area that can absorb the most particulates," Monson explained.

About three years ago, Monson examined the material found in their hoods. He then spent the next couple of years designing and creating a clothing line using that same particulate blocking barrier, calling it "UnderGuardian."

His undergarments, a pullover long-sleeve shirt and shorts, were designed in St. Paul and manufactured in Minneapolis. They're designed to prevent gaps, with elastic on the legs and a drawstring for the waist.

Credit: Heidi Wigdahl
UnderGuardian is designed to prevent gaps, with elastic on the legs and a drawstring for the waist.

The idea is firefighters would wear the shorts underneath while on duty and then when responding to a call, put the shirt on before adding the bunker gear on top. All of it would get washed right after fighting a fire.

Monson said the particulate blocking characteristics are guaranteed to last for up to 100 washes.

He imports the material, called STEDAIR® PREVENT, from Canada. Monson said the material has a 99% blocking efficiency; he also paid for independent testing to prove the manufacturer's claims.

Some of Monson's fellow firefighters in St. Paul, Savage, Edina and Richfield have been testing out the clothing and Monson said the feedback has been positive.

Monson plans to show the apparel in August at the Fire Department Instructors Conference in Indiana.

Monson said, "If I can bend that cancer curve, if I can level it and start bending it downward and my name is attached to that, I'll be pretty happy."

UnderGuardian is also available to purchase online. The shirt retails for $249 and the shorts cost $149. 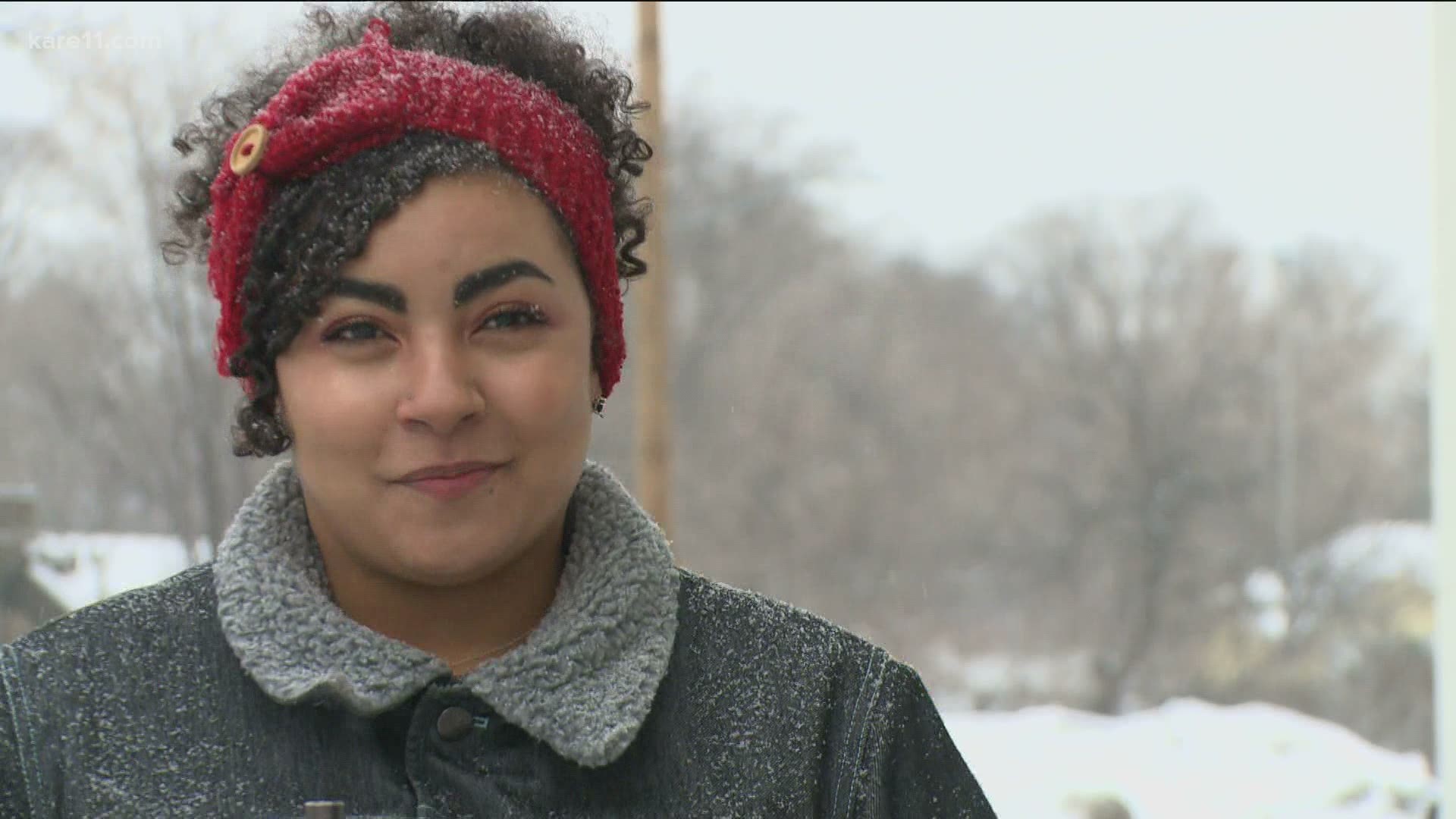