Kidizen, a Minneapolis-based company, runs an online marketplace for buying and selling used kids' clothes. But not every parent has the time to sell. 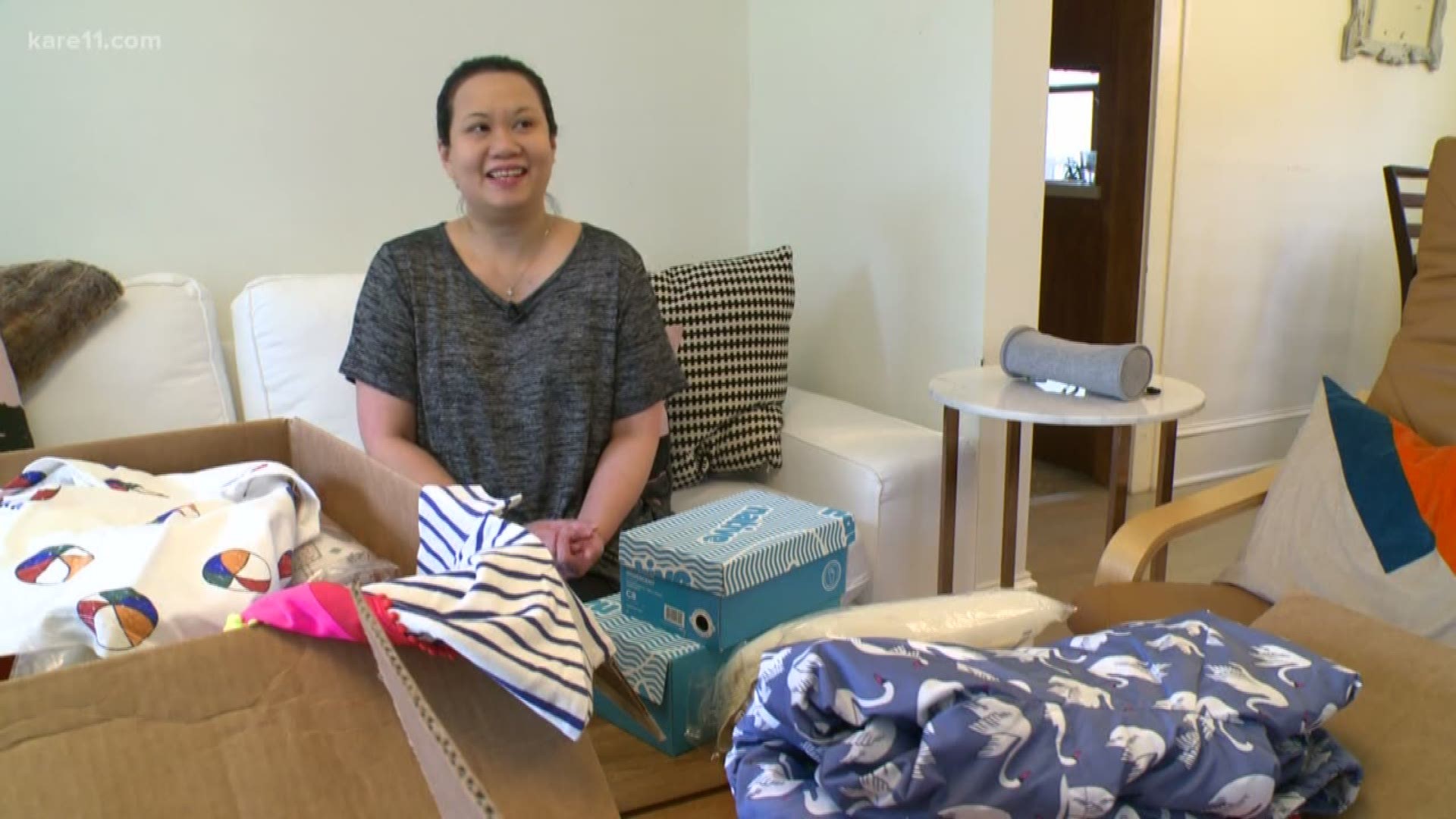 MINNEAPOLIS, Minnesota — Some Twin Cities moms are helping other families clean out their kids' closets and make some money.

Kidizen, a Minneapolis-based company, runs an online marketplace for buying and selling used kids' clothes. But not every parent has the time to sell. That's where a "Style Scout" steps in.

"I take their outgrown clothes that are in good, pre-loved condition and I list them on Kidizen and sell them for them," said Shara Aatsap, a Kidizen Style Scout based in the Twin Cities. "I take care of all the details. I go to their house, pick it up, go through all the items, inventory them, take photos of them and list them on the app."

Once they sell, Aatsap packages them up and sends them off to the buyer. After shipping and a Kidizen service fee, Aatsap gets 40% of the profits and the client gets 60%.

"It ends up being a much better return than the cash on the spot options or garage sales... When you want a better return, it's a great option," Aatsap said, who is also a mom. She said at least 80% of her son's clothes are used.

"Instead of spending more on brand new items, why not use something that another child has outgrown and let my kid love it for awhile and then we sell it and pass it on to another family to love," Aatsap said.

On Wednesday, Joanne LaHue of Minnetonka dropped off a few boxes of clothes at Aatsap's house. LaHue has two kids, a four-year-old girl and six-year-old boy.

"I used to sell the kids' clothes myself and then I stopped because I couldn't find the time to do it. That's when I found Shara. So she does an amazing job," LaHue said.

Kidizen launched in 2014 as a digital marketplace for parents to buy and sell high-quality kids' clothing and accessories.

"When we first started Kidizen, a lot of it had to do with recognizing that with all of the stuff that you need to acquire as a parent, so much of it is already out there and exists," said Dori Graff, CEO and co-founder of Kidizen. "We have an immense amount of communal wealth and we wanted to provide a way to tap that communal wealth and make it more accessible."

More than 90% of all Kidizen's e-commerce happens through their app. You don't have to be a seller to be on Kidizen. Clothing sizes go up to 16 and there's now a section for moms.

"If we can get people to wear their clothes more, extend the lives of those clothes, that's the number one way we can actually reduce waste and pollution problems in our country right now," said Mary Fallon, CCO and co-founder of Kidizen.

Kidizen is based in northeast Minneapolis but they have users from all across the country. Looking forward, Fallon said they are focused on expanding their Style Scouts program and getting brands and retailers involved in the resale movement.

Right now there are 10 Style Scouts in the Twin Cities area. There are also scouts in Maryland and Utah, with the program launching in Austin, Seattle and North Carolina.

"There's a huge need out there to help other moms with this problem of too much stuff in your kids' closet and needing to get rid of it," Graff said.