Two Twin Cities respiratory therapists teamed up with local designers to create their own line of personal protective gear for Muslim women. 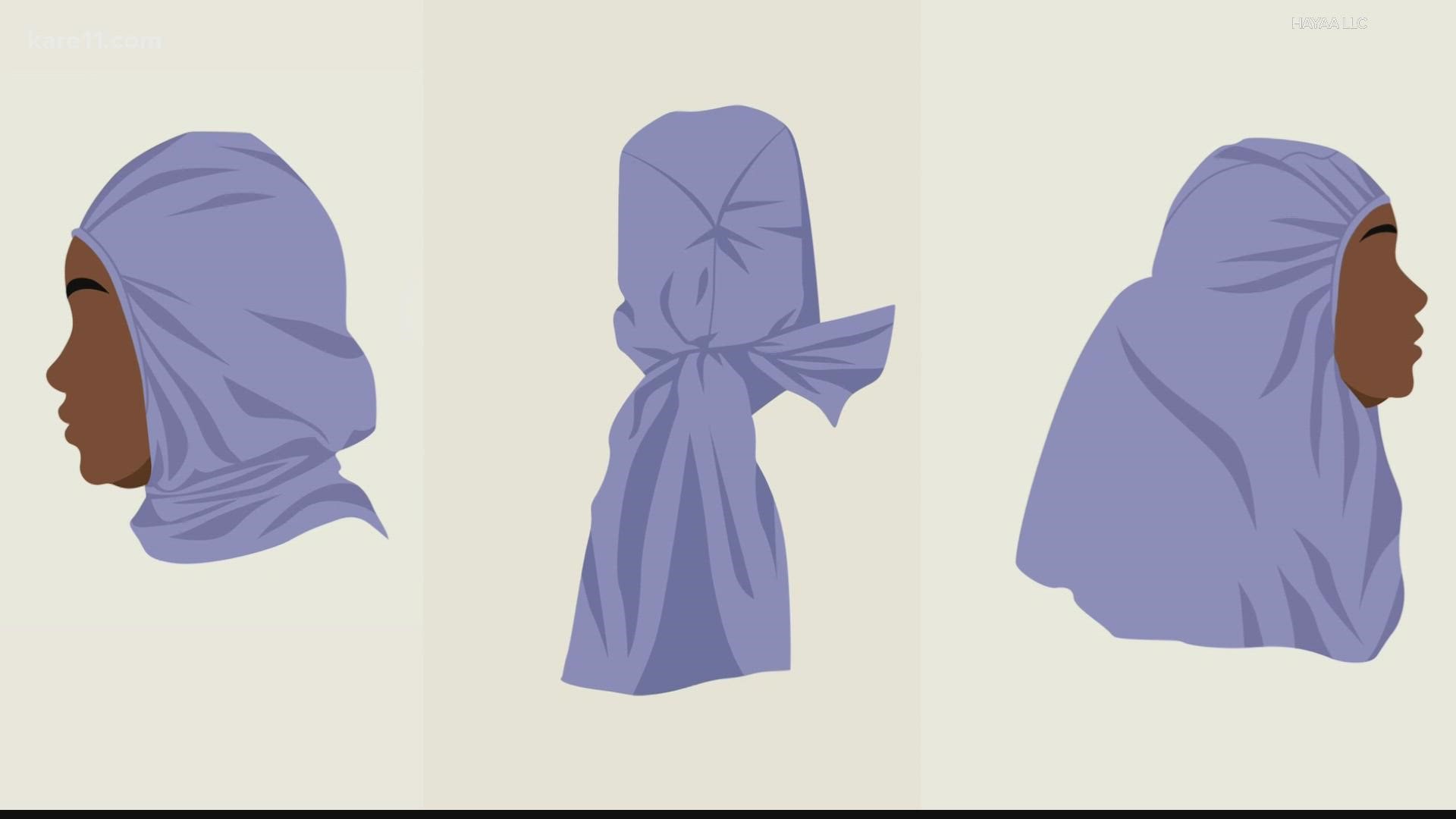 Yasmin Samatar and Firoali Adam are respiratory therapists from the Twin Cities, traveling to hospitals across the country during the COVID-19 pandemic. When it came time to put on personal protective equipment — known as PPE — they noticed something was missing.

"We went to the operating room and they gave us a bunny suit, and gloves and everything, and they were giving out beard covers, and we were like maybe we can make this into a hijab cover," said Samatar. "We realized they have other things like the beard covers, and everything else, and we kept feeling uncomfortable, just throwing a lot of hijabs away," said Adam.

So, both decided to team up with local designers to create their own line of personal protective gear for Muslim women.

"The pilot project for our hijab is called 'Hijab on the Go,'" said Samatar.

They started researching how to kickstart their company to provide safe and sterile hijabs for healthcare workers. "We were working as respiratory therapists for four years, and we had many interactions where there was a need," said Samatar.

Both decided to take time off to work on the designs. Their new line of scrubs for health care workers was recently FDA approved.

Both say their next step is "to make sure it’s available to everyone else the way gowns and PPE are.”

They’re inspiring others to think outside the box, while opening the door for the next generation.

"To feel comfortable and not go through what we went through," said Adam.

"Being a Black, Muslim woman, especially in health care settings, it’s not talked about, and we want to shed light that your presence matters," said Samatar.

The pilot project is expected to be available January 2022.

If you would like to learn more or donate, visit their Kickstarter campaign here.