One-third of buyers are new to snowmobiling. 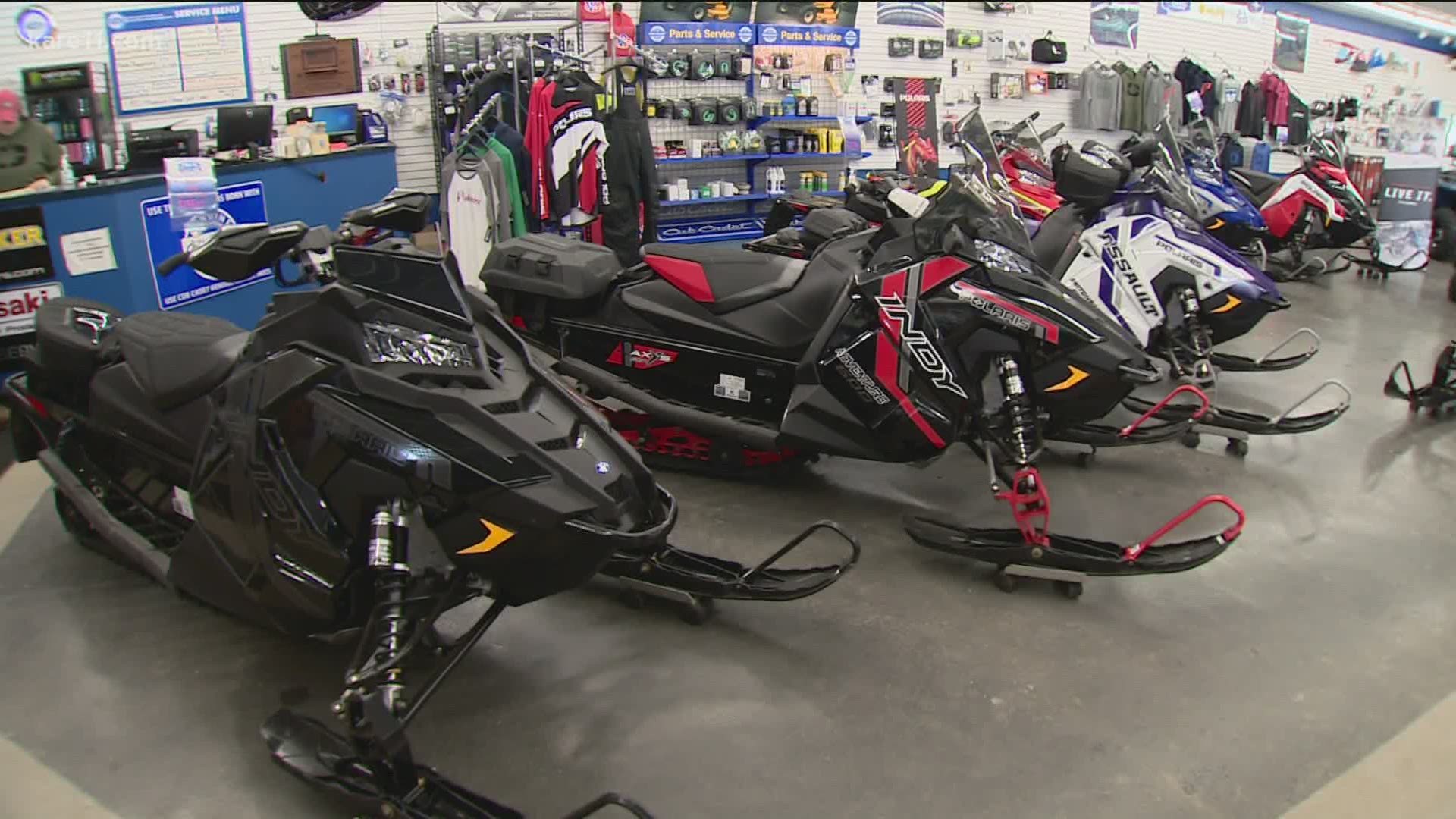 MAPLE PLAIN, Minn. — Talk about a wild ride, try being a snowmobile dealer.

Kent Anderson, owner of Tri-K Sports in Maple Plain, says he was “scared to death,” in the early weeks of the global pandemic that sent the stock market plunging and shuttered manufacturing plants.

While Anderson feared sales of his Polaris sleds would hit the skids, “It is the opposite of what we thought was going to happen.”

The International Snowmobile Manufacturers Association (ISMA) reports sales are up 19% over last year.

Ed Klim, ISMA president, says one-third of new sales have been to first-time snowmobilers – the most he’s ever seen.

Like a lot of dealers, Anderson’s fall and early winter inventories were stunted by COVID-mandated factory shutdowns.

He's grateful for a recent shipment of sleds still wrapped in plastic in his parking lot.

The used market has also been hot. On Friday, Tri-K had just two pre-owned snowmobiles in its inventory.

Anderson says sales of Polaris Ranger side-by-sides have also been strong, pointing to a $39,000 model going out the door later in the day.

“Everything we got coming in through April is sold,” Anderson says.

A dealer's dream, on track.