A new farm animal sanctuary opened in June in Lindstrom. 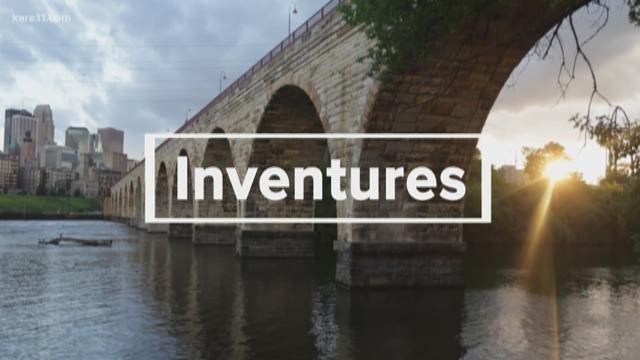 LINDSTROM, Minn. - The largest farm animal sanctuary in Minnesota can be found in Lindstrom.

Farmaste Animal Sanctuary sits on 80 acres of donated land. It opened in June as a home for rescued farm animals to grow old on.

"I was always the person that, I'd be late to dinner and everyone would... 'Oh, why are you late?' 'Well, I was rescuing a herd of cows off the road that had broken out from their fence,'" said Kelly Tope, founder of Farmaste Animal Sanctuary.

One of their residents is Moolan—a 6-month-old Holstein calf. Her mom, Ellie, came off a slaughter truck while pregnant with Moolan. Ellie lived at another location before coming to Farmaste. Now mother and daughter are back together.

"Most of our animals are all from some sort of rescue situation. They're all actually from different rescue situations. So we often get asked, 'Where do you find the animals?' Unfortunately, there's not a shortage of animals to rescue. But we get... the sheriff will call us and say, 'There's animals that have been abandoned at a house, could we come and help rescue?'" Tope explained.

Kelly Tope with Blue. The Katahdin sheep needed to get one of her legs amputated. (Photo: Heidi Wigdahl)

According to Tope, Farmaste is focused on rescuing farm animals that go or would go into the food industry.

Tope, who lives in Stillwater, also has a full-time job in franchising. While her background is in business, she felt compelled to do more when her dog became sick.

"We had a dog that unfortunately got sick and when he did, I cared for him for six months. He did pass but it gave me the opportunity to realize I really have always loved animals and I wanted to be able to come back and do something with animals," Tope said.

Farmaste Animal Sanctuary offers tours and there are also opportunities to volunteer.

"These animals have a lot of value and they're very loving and I don't think people get to see that," Tope said.

For more information on volunteer opportunities and events, visit the Farmaste website.