Student invention could save your hearing

A young woman who is a finalist in the Schulze Entrepreneurship Challenge is trying to combat hearing loss with an innovative invention called Safe In Sound ear buds and app. 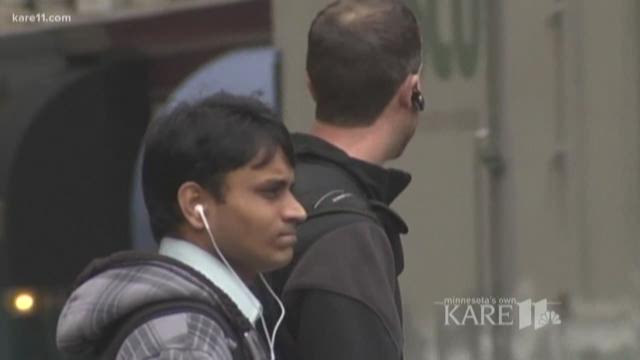 Hearing loss historically has come with age; but now, more than ever before, younger and younger generations are experiencing hearing loss due to their habits.

A young woman who is a finalist in the Schulze Entrepreneurship Challenge is trying to combat hearing loss with an innovative invention called Safe In Sound ear buds and app.

For millions of people, music is comforting. And some would say the louder, the better. But those loud melodies, make more misery for our ears.

Savannah Hufendick is a junior at Saint Thomas University.

“1.1 billion people are at risk for hearing loss because of these earbuds," she said.

Savannah says she is part of that statistic.

“I work out all the time, and I listen to earbuds.”

Savannah said she noticed her ears were hurting after working out and like many people these days, she searched her symptoms online.

“I discovered a lot of people were losing their hearing due to earbuds, because they were listening at such loud volumes.”

Savannah said her ears are twice her actual age.

That’s was a call to action for the 20-year-old. But after finding nothing online, Savannah took matters into her own hands.

“I came up with my concept 'Safe In Sound,' which is a set of earbuds and an app," she said. "You can program the earbuds through the app for a safe listening volume. Earbuds are the number-one cause of hearing loss in millennials and one in five kids under 18 are suffering from hearing loss from earbuds.”

So how does Safe In Sound work?

“What you do is go into the app, you select how long you listen per day, whether that’s 30 minutes, 2 hours or 4 hours ... and then it will not let you exceed the safe volume level for that allotted period of time.”

Savannah says there’s a measuring device within the earbud that measures the volume coming out of the earbud and transmits that information to the app.

“If you’re listening for two hours a day, you earbuds will only go up to 91 because that is the safe volume level for that amount of time.”

Safe In Sound even allows users to create custom profiles.

“It will be affordable compared to BEATS that are $150 to $200, it will not be up in that price point because we want parents to be able to afford it for their children or young adults to afford it themselves.”

Savannah says she hopes to win the competition, which will provide her with funding to produce a prototype. That could be available within a few months.