Mall of America Sears will close in March

The MOA Sears and a Kmart in Rochester are among 80 more locations that will close in March. 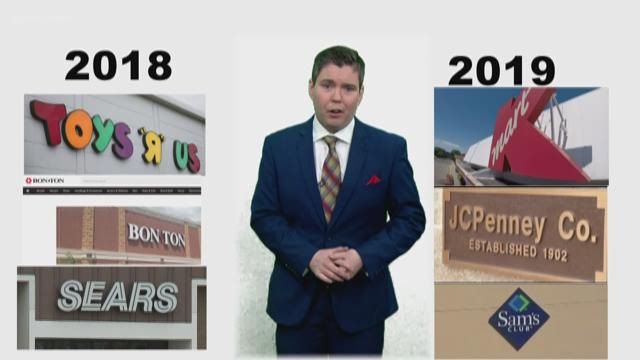 Former retail giant Sears will be closing 80 more Kmart and Sears stores across the country early next year including the Sears at the Mall of America and a Kmart in Rochester. The Kmart is located at 201 Ninth St, S E in Rochester.

Sears announced the closings as part of its financial restructuring. The company says they’ve notified employees at 80 stores that they’ll be closing this March.

Anyone who wants to buy Sears Holdings out of Chapter 11 bankruptcy has only a few hours left to make a move, but no one has so far.

All bids must be submitted to by Friday at 4 p.m. ET. Whether Sears chairman Edward Lampertwill formally toss his hat in the ring remains to be seen.

Lampert put forward a $4.6 billion proposal to buy the company out of bankruptcy through his hedge fund, ESL Investments, on Dec. 6. The deal included 500 stores, 50,000 employees, the Kenmore appliance and DieHard tool brands, key real estate and the company's inventory and receivables.

Should Sears not find the investment it needs, the company could be forced to liquidate some assets. Last week, for example, U.S. Bankruptcy Court Judge Robert Drain allowed the beleaguered retailer to sell its home-improvement service business to Service.com for $60 million.