It's been a long 15 months since the U.S.- Canada border has been closed to non-essential travelers. 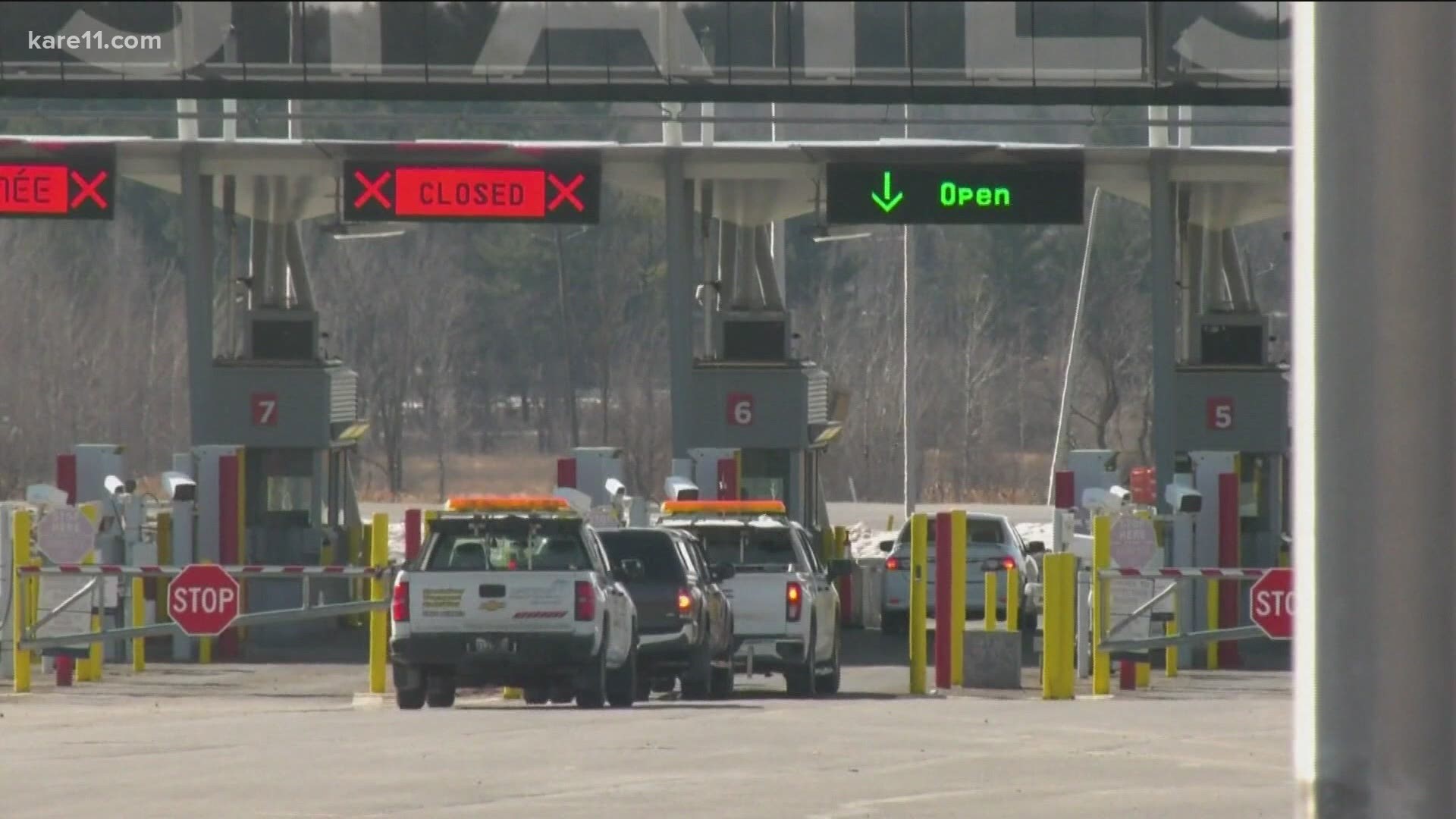 MINNESOTA, USA — Business owners in northern Minnesota say they've taken a big hit because of the strict lockdown of the Canadian border.

It's a closure which could last at least until next month.

"Its disabling people from being able to get to us," said Lisa Goulet who co-owns Angle Outpost Resort in Angle Inlet, MN.

It's been a long 15 months since the U.S.- Canada border has been closed to non-essential travelers.

"Last summer we were down. Probably at least 95% of our income was lost due to the border closure," said Goulet.

"The phone was ringing in March and April and it was more cancellations every day, didn't even want to answer the phone after awhile," said Jeff Erickson, Owner of Pine Point Lodge in Crane Lake, MN.

Those who enjoy fishing and lodging at places in the northern region often can't these days while Canadian waters are off limits.

Pressure is mounting for Canadian Prime Minister Justin Trudeau from leaders on both sides of the border as he's refusing to lift restrictions until 75% of Canadians have received at least one dose of the COVID vaccine or at least 20% of the Canadian population is fully vaccinated.

Canadian officials say that could take until July 21.

"Even though one dose has allowed us to significantly protect Canadians to remove many of the pressures from our public health systems, it is still an incomplete protection and we need people to get the full two doses," said Trudeau.

This is leaving those directly impacted by the closure with more questions than answers.

"The threat of people traveling through Canada for 40 miles with their windows up, who have already been vaccinated what is the threat to the Canadian citizens?" asked Goulet.

However, for Erickson the long term benefits of the closure outweigh the loss especially once things do open back up.

"The fishery hasn't been touched in two years during spawning season so the lasting effects of our fishing should be phenomenal once it is opened," said Erickson.

Canada's been following the model of the U.K., getting as many people the first dose as they can, before fully vaccinating people.

According to the latest numbers, 68% of eligible Canadians have had at least one shot, with just 7% fully vaccinated as of June 4.