Some businesses say this winter has been slow up until this week. Other business owners say the snow could make ice conditions tougher. 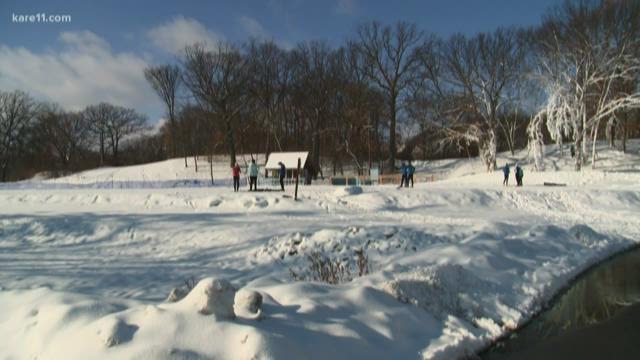 MINNEAPOLIS — At Theodore Wirth Park Tuesday, you would think we just had the first snowfall of the season.

Trails were packed with skiers some even enjoying their first time out.

Skiers love it and so does Kolin- at Heinen Motorsports in Osseo. After a good start to the season his store has been quiet with the lack of snow.

With more snow coming he expects to sell the rest of his sleds and accessories. Snowmobile repairs should pick up too.

"Hopefully we get rolling with this snowfall and it just keeps coming as far as coming all the way through March. Dare I say April," said Kolin.

But the snow may not be so great for ice conditions.

"Going to make some drifts out there," said Joe Harty at Harty's Boats and Bait along Medicine Lake.

He says snow will slow that process down.

"Blanket prevents it from doing it at a rapid pace," said Harty.

52 years in the business though, Joe knows things always seem to work out when it comes to winter business.