Take KARE of Your Money: Can electric vehicles save you money? When can you break even?

Electric vehicles are known for their environmental benefits, but can you also save money with them? A Consumer Reports study says yes. 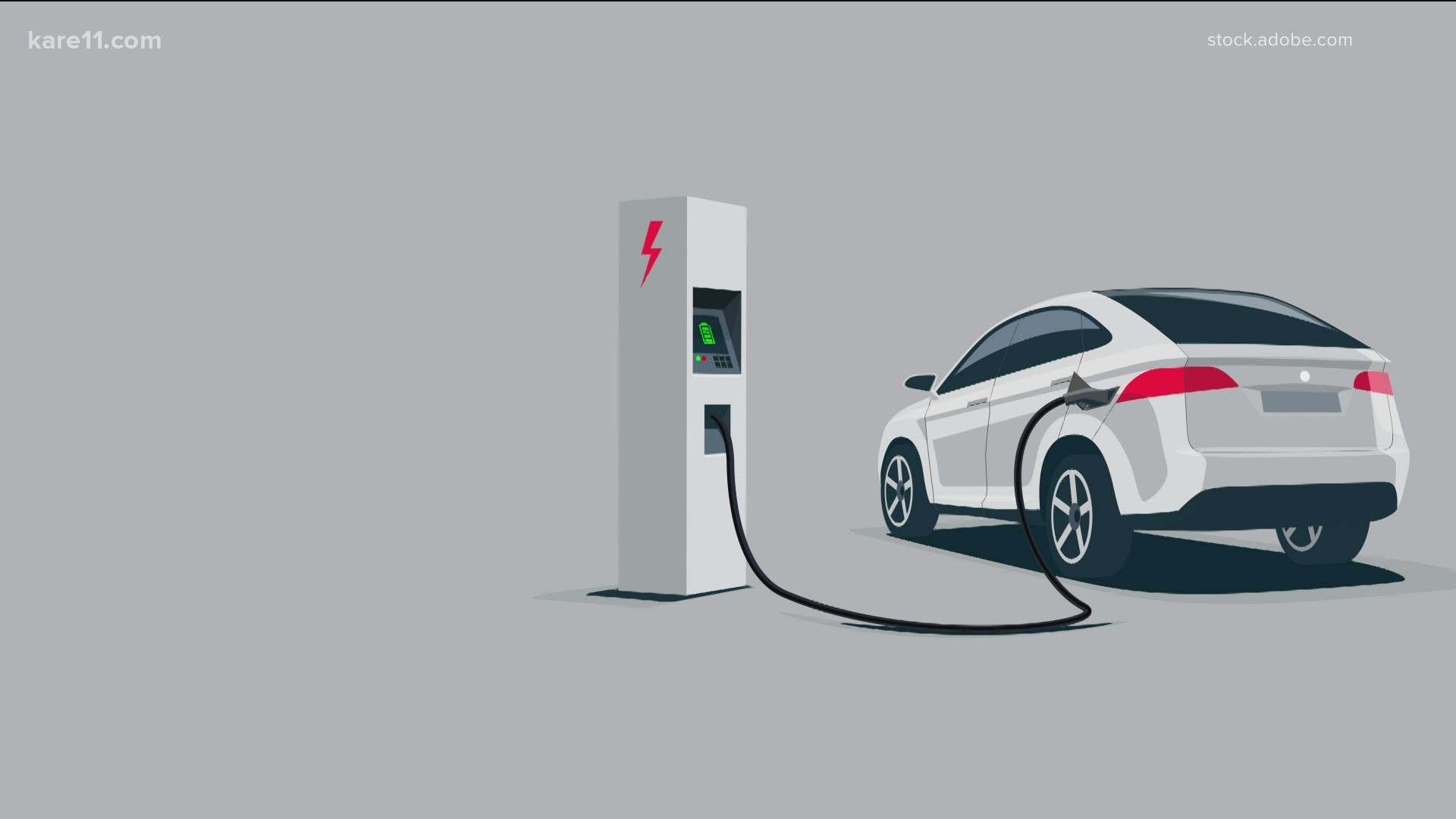 MINNEAPOLIS — Whether it's the rise in gas prices, a drop in e-car prices, or both, electric vehicles are getting buzz.

On Wednesday, Ford is expected to debut a new F-150, and the iconic best-selling truck is going electric.

And according to Cars.com, Tesla is now the number one luxury car brand.

While electric cars may help save the environment, will they save you money?

The answer is yes, but it can take some time, depending on the make and model of the car you’re buying, and the cars you’re comparing them to.

Chris Harto at Consumer Reports says electric vehicle owners can save hundreds of dollars a month.

He and his team recently performed an in-depth study of several electric vehicles, comparing them to other gas-powered vehicles on the market. They found that electric vehicles required 50% less maintenance, were 60% cheaper to run, and they hold their value.

"They hold their value about as much as a conventional gas powered vehicle,” Harto says.

However, they also found most electric vehicles are more expensive starting out, and buying and installing a charger in your garage can set you back anywhere from $1,000 to $2,000.

"You see this high sticker price and it can turn people off,” Harto says.

But Harto says there is a point where you break even and start saving money.

When you conduct an apples to apples comparison, and look at other gas powered cars in the same class, electric vehicles will start saving money in a few years.

For Hatchbacks, like the Nissan Leaf, the study showed that owners can break even in about three and half to five years. For Sedans like the Honda Clarity it's two years.

Crossovers are a bit more wide-ranging. Depending on what make and model you buy, and the make and model of the gas-powered vehicle you’re comparing it to, you can break even in as little as two years, or as long as 10 years.

For luxury models, like the Tesla Model 3, compared to other luxury cars, you can break even in year one.

The study showed that after you break even, the savings rate only goes up from there. Over the life of the vehicle, most owners will save between $6,000 and $10,000.

The study also showed that the savings rate is 2 to 3 times higher if the owner buys a used electric vehicle.

The results of the study sound promising, but there are a few drawbacks to owning an electric vehicle.

Replacing the battery can cost thousands of dollars.

Several online sources suggest replacing a battery in an electric vehicle can cost anywhere between $5,000 and $10,000.

But not every owner will need to replace their battery.

Online sources show that most batteries will last between 10 and 17 years, which can be longer than the life of the vehicle.

Melissa Anne Wenzel is a proud electric car owner who purchased her 2016 Nissan Leaf used in 2018. She says the car is five years old and the life of the battery has only gone down one bar.

One bar, out of twelve, so, she says her battery still has a long way to go.

“For us, the moral values and the financial values, they’re both important. It’s not an 'or,' it’s an 'and.' For us, this makes sense from a perspective of caring about the environment as well as our pocket book,” Wenzel says.

According to Consumer Reports, driving an electric vehicle in Minnesota will save you about a $1,000 a year on gas.

However, one thing Minnesota drivers need to consider is the range drastically goes down during the winter.

Melissa says in the summer her car gets about 110 miles on a charge, but in the winter, that drops to about 70 to 80 miles. Her electric vehicle is considered a “short range” vehicle, but other “long range” vehicles carry a much higher range.

Some makes and models can have a range of more than 300 miles on a charge.

Some higher end Tesla models can also get more than 400 miles on a charge. 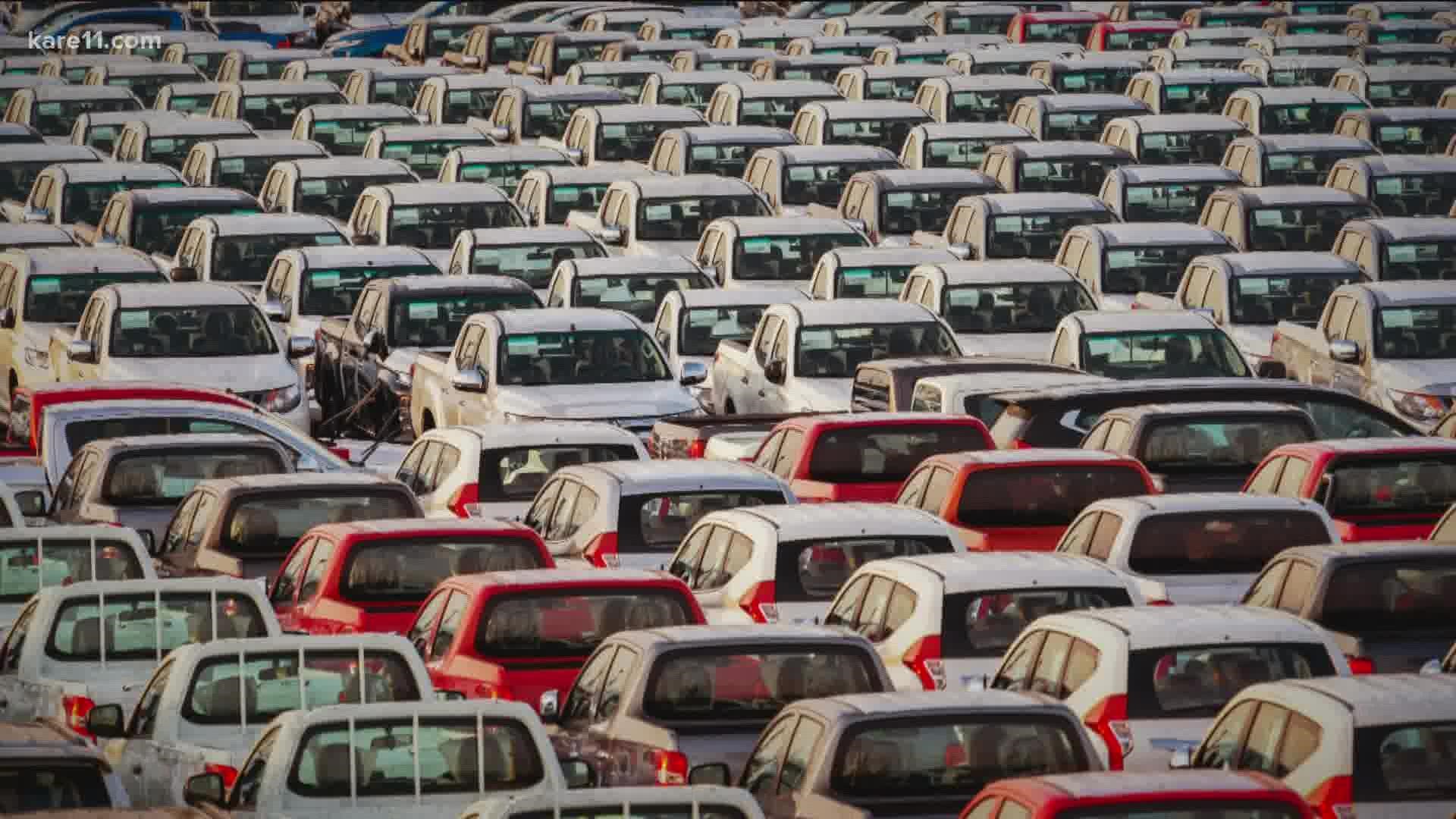