The photography studio closed without warning in early October, leaving customers who had paid thousands of dollars for services in the lurch. 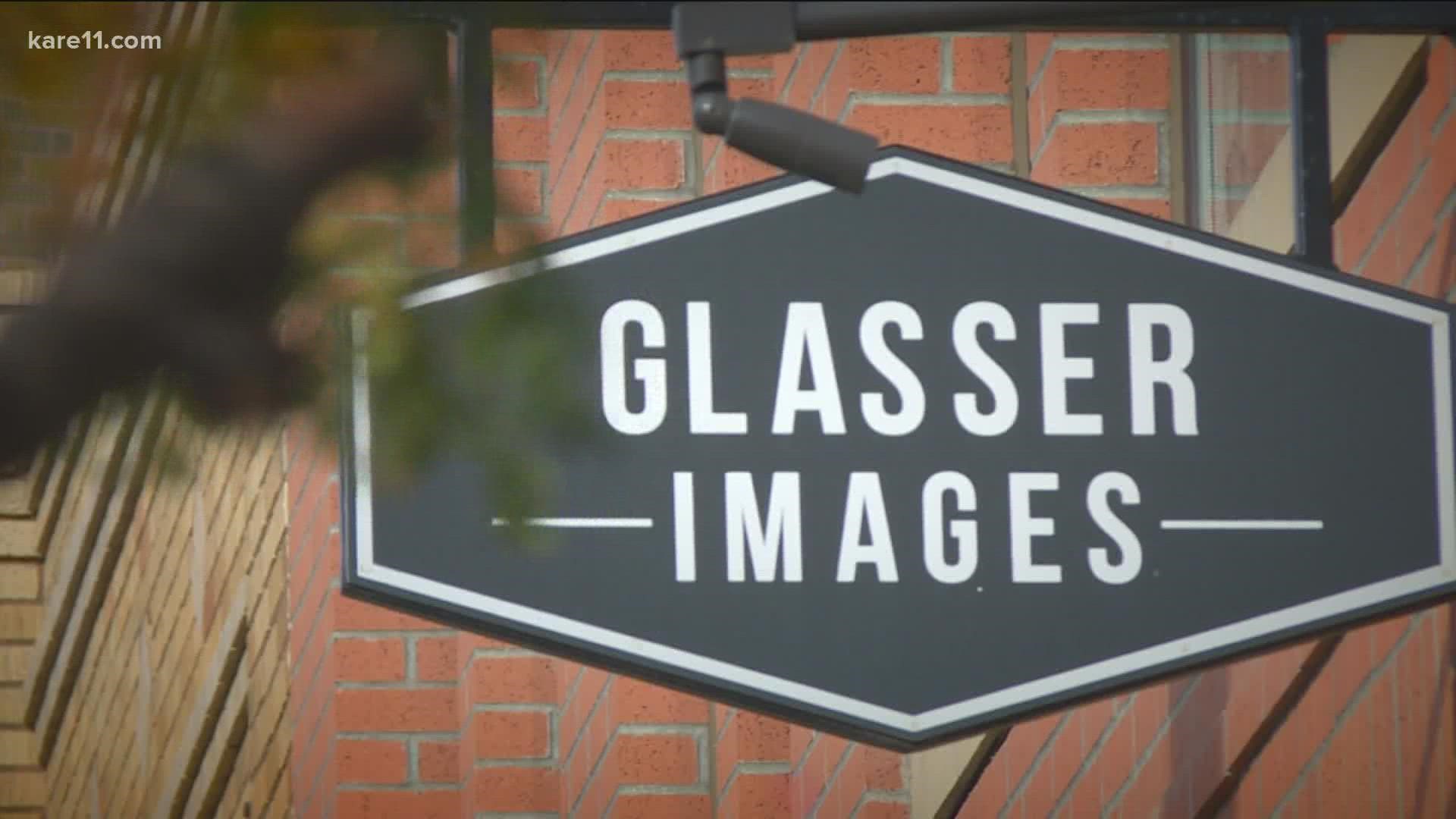 BISMARK, N.D. — A shuttered photography business is making moves to help customers left in the lurch after closing abruptly, but refunding money does not appear to be one of the remedies.

Glasser Images was headquartered in Bismark, North Dakota, but contracted with many clients in Minnesota for weddings and other celebrations. Dozens of those customers contacted KARE 11 in early October when Glasser shut down the business without warning, after collecting thousands of dollars for the work up front in many cases.

On Wednesday, Oct. 13, an attorney representing company owner Jack Glasser held a press conference to announce a number of steps being taken to provide customers whose events had already been shot or videotaped with electronic files of the products they had paid for.

"The plan is to release photos images and wedding photos to the couples that have had their wedding documented," said Glasser attorney Tim O'Keeffe. "As some of you know, this is a large photography studio, imaging studio, 150 subcontractors working with Glasser Images. There were weddings being shot throughout North Dakota and other states. Large operation… unfortunately last week, Glasser decided it was time to close the doors."

O'Keeffe said in the Zoom conference that Glasser is trying to make arrangements with a number of large industry firms, subcontractors and IT companies that have volunteered to help jilted customers get their files, with assurances that no copywrite restrictions will be made on the material. He urges patience, maintaining that locating all the files and distributing them is a huge task that could take weeks in the best-case scenario, months in the worst.

"There are a lot of requests and many people asking for different things," O'Keeffe said. "Right now we are just focused on the wedding people who have had their shoots with Glasser Images."

As for refunds for those who paid but did not receive photography services, Glasser's attorney says he "doesn't want to go down that hole right now."

O'Keefe is asking is asking anyone who is looking for their images or files to email his firm and get their names on a spread sheet with the goal of finding and providing products they've paid for. Customers who have been working with a Glasser subcontractor are urged to contact them.

"We've been in business for 16 years and up until Covid-19 hit, we were successful and growing, but then things drastically changed for the worse," Glasser said. "We pivoted and made changes, but simply couldn't keep up with our ongoing costs, debt repayment, salaries, rent and other business expenses. These factors have caused irreparable damage to the business and has forced us to make this decision rapidly. Closing our doors is extremely heart wrenching for me."

His attorney said Glasser applied for, and received federal PPP loans during the pandemic. O'Keeffe said the owner used all the money for payroll, as "there were a lot of employees."