"It's been almost impossible to get quarters lately," said Jake Devney, owner of Coin Clean Laundry in Minneapolis. 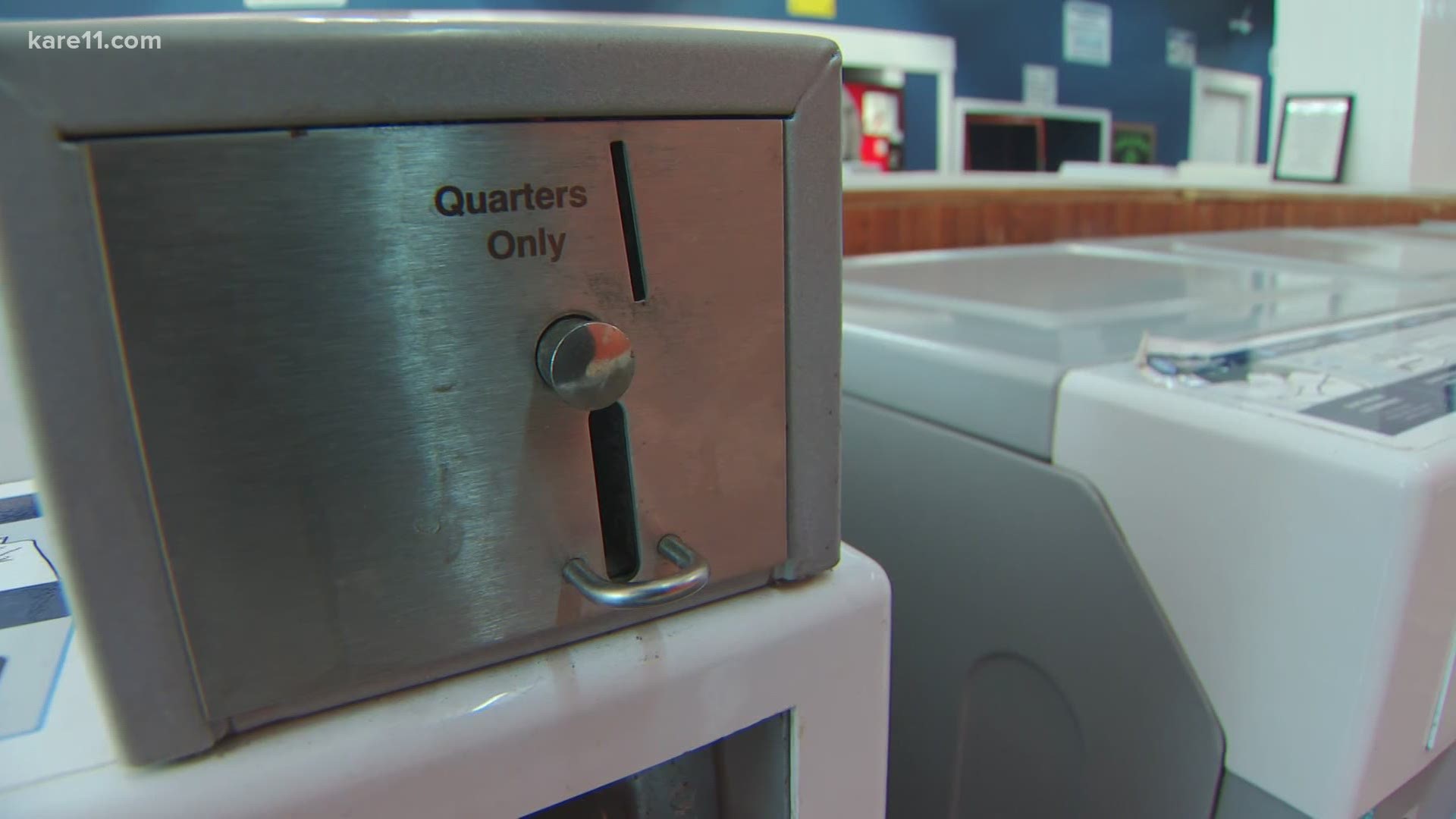 MINNEAPOLIS, Minnesota — About two weeks ago, Jake Devney started having a hard time getting quarters at the bank. Devney owns Coin Clean Laundry in Minneapolis and usually keeps about five to seven days worth of quarters in their coin vault.

"Right now, pretty much every other day we have to go and exchange the quarters. So take them out from the washers and empty them into the vault," Devney explained.

A nationwide coin shortage has changed how many quarters Devney can get each time he visits the bank.

"Went to Wells Fargo a couple days ago and was able to get one roll of $10," Devney said. "Yeah, it's making it tough."

According to the Federal Reserve, the coronavirus pandemic is causing the coin shortage. When the pandemic caused businesses to close, it slowed or even stopped the flow of coins through the economy. Also, the U.S. Mint's coin production decreased due to COVID-19 measures meant to protect its employees.

Credit: Chad Nelson
"Right now, pretty much every other day we have to go and exchange the quarters. So take them out from the washers and empty them into the vault," Owner Jake Devney explained.

In mid-June, the Federal Reserve sent out a notice warning banks that it would start rationing coins to address the problem. When KARE 11 followed up Wednesday, a Fed spokesperson said in an email, "The Federal Reserve's coin allocation program is still in place due to ongoing low inventories." It is not impacting paper money.

Kathy Wachter, marketing communications manager at MidCountry Bank, said the shortage has not affected them.

"They have implemented potential restrictions on coin orders but that has not impacted our normal coin ordering at this point," Wachter said.

She went on to say, "There was some misinformation out on Facebook and in some of the social media channels that was getting some people concerned about... is this going to be another situation like our toilet paper situation?"

But Wachter said that's not the case.

Jeff Wessels, president of Crown Bank, said while they are only allowed so much coin per week, they also have not experienced any shortages.

Credit: Andrea Krinke
Some businesses have posted signs notifying customers of the shortage and asking they use exact change when possible.

But at Coin Clean Laundry, more change that used to go back into the machines is instead leaving in customers' pockets.

"I think our customers are realizing that the banks don't have change either and I think we're getting more people coming into the laundromat just to get change... So that's also hurting things," Devney said.

On a typical day, Devney said they're able to recover about 85% of the quarters. For example, if someone changes $100 dollars into quarters, about $85 of those dollars stay with the washers, dryers and vending machines.

"But last week our recovery was only about 65%. So almost twice as many quarters are walking out of the store right now than what we normally have and it's obviously getting harder to obtain the quarters. So it's kind of a double whammy," Devney said.

The Federal Reserve has created a U.S. Coin Task Force to address the problem. Task force members represent all major participants in the coin supply chain. They'll give their first set of recommendations by the end of the month.

RELATED: There is a nationwide coin shortage