Think of it like Shark Tank for Twin Cities small businesses, and the winner gets a $35,000 prize-package. 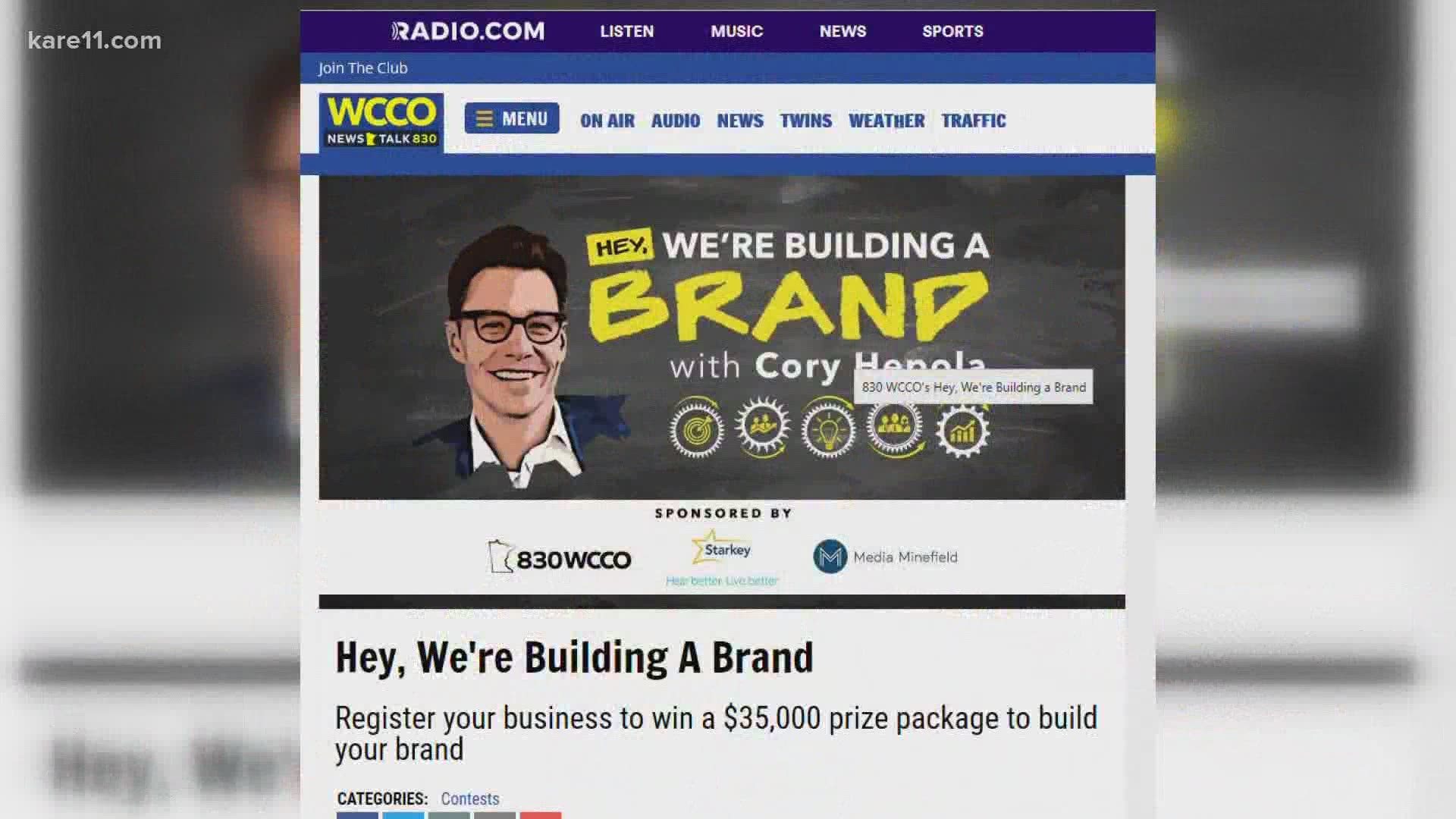 MINNEAPOLIS — Calling all Twin Cities small businesses. A new show launched today is looking to help you. It's called, "Hey, We're Building a Brand," and we sat down with the folks behind it to get all the details.

“It's a first step for us to directly give back to our community,” says WCCO Radio talk show host, Cory Hepola.

Hepola is the son of small business owners, so the idea of helping others, was a natural fit.

“And then it just became more timely with everything that happened with COVID-19, and with all the rioting and stuff, and we thought, 'I think this is a perfect time to help our community build or rebuild,'” says Hepola.

Hepola brought on board the folks at Starkey Hearing, and Media Minefield, and a new show was born. "Hey, We're Building a Brand" launched Monday on the radio program. Think of it like Shark Tank for Twin Cities businesses, where you can win a $35,000 prize-package.

RELATED: "You need our votes, we need you." Business owner calls on city leaders to help rebuild after riots

You have until July 31st to enter. Four finalists will be picked to appear on the radio show in August.

“Every finalist, all four of them, will get a chance to basically share their story, share their purpose, share their mission, share where they're at with their business, what's happened over the past few months or year for them,” Hepola says.

The winner will be announced, live on the air, September 14th.

“To me, this is just the start, this is season one and we hope to continue to do good in our community over the next year and months,” says Hepola.