He calls it a COVID-reverse-tax-discount. And he hopes it will bring people back to his family-owned restaurant. 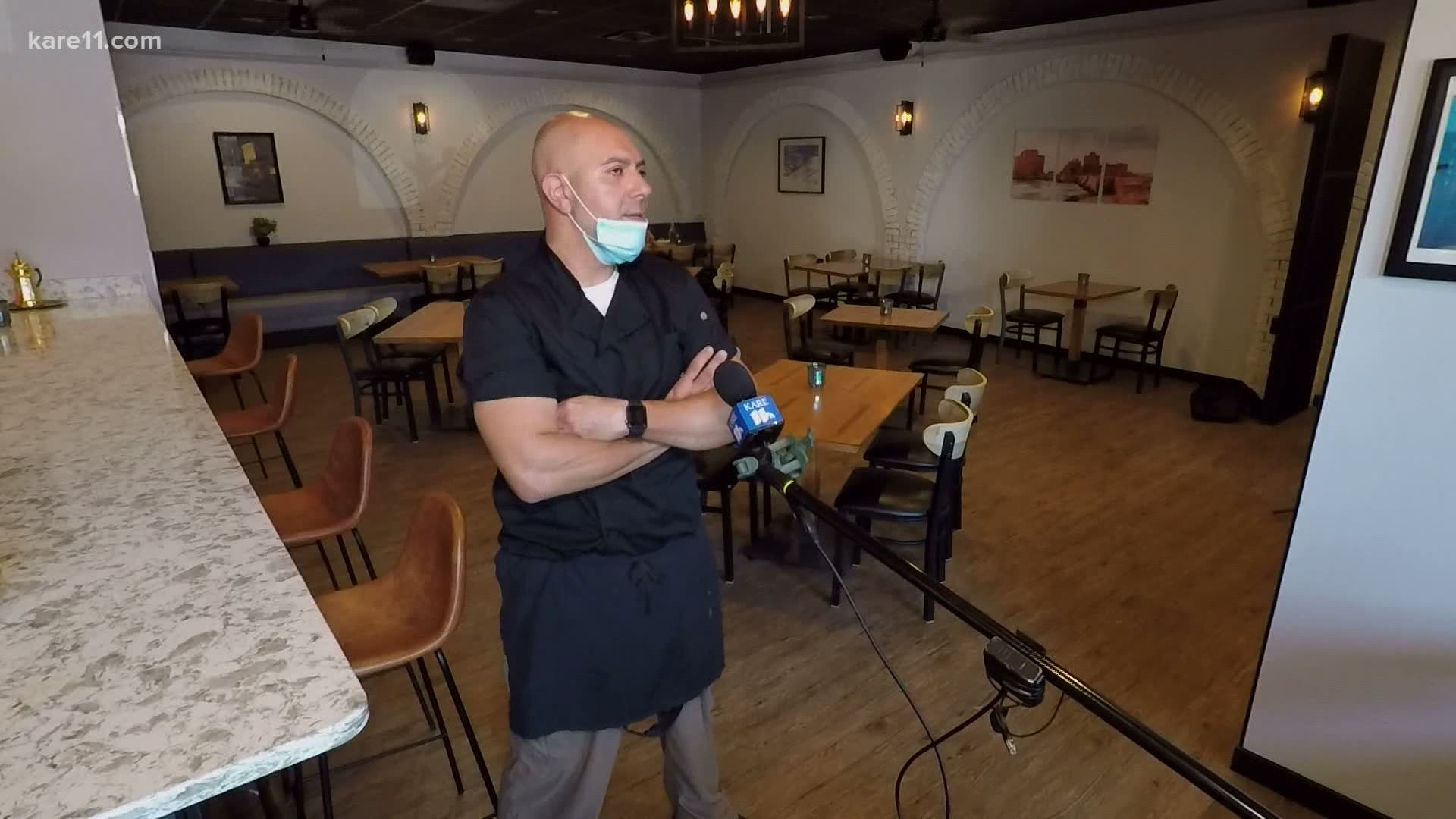 ST PAUL, Minn. — Restaurants have been hit hard financially amid the pandemic. Now that they can reopen, we've been hearing about those who might not make it, or prices that might rise. But a family-owned restaurant in St. Paul is taking a different approach.

“I just felt we needed to do something to encourage people to go out again, “says John Khoury, owner of Beirut Restaurant in St. Paul.

For decades, Beirut Restaurant has been part of the community, feeding people, making memories. And like so many others during COVID-19, they had to change up their relationship with customers.

“So, I went to a family-style kind of menu and that really kept us going,” says Khoury.

And now that the doors are open for dining in, it probably surprised none of the loyals, that the family-owned restaurant wanted to give back to them.

“I decided to do a COVID reverse-tax-discount," says Khoury.

Yep. Instead of raising prices, owner John Khoury is dropping his. If you dine in, you get a discount, and if you feel so inclined, you can pass the savings on to your server.

“Ten-percent off their bill. Just because, you know, I think it's going to be hard enough for people to be comfortable to go out and to add another expense on them on top of that?"

“My phone was going crazy all day yesterday. I posted it, and I was hoping just for a neighborhood reaction, maybe just around here, the cities around here, but it's actually taken off, I think I've seen a couple of people nationally that have reacted to it, which is really cool,” he says.

The added cost of gloves, and masks, and whatever else it takes to run a restaurant during a pandemic, is worth it to this family to keep the doors open for generations to come.

“If we break even at this point, we're happy. And as long as we can keep afloat, we'll just keep doing it," says Khoury.

And with the support they've received so far, not just after discount post, but for those decades before that, John's sure they're set up for the win.

“We've been here for 37 years, we have a tremendous customer base, that are extremely loyal. They trust us, they won't let us not survive,” he says.