The state of the mall, as MOA announces layoffs

The Mall of America announced it will be permanently laying off 211 employees. 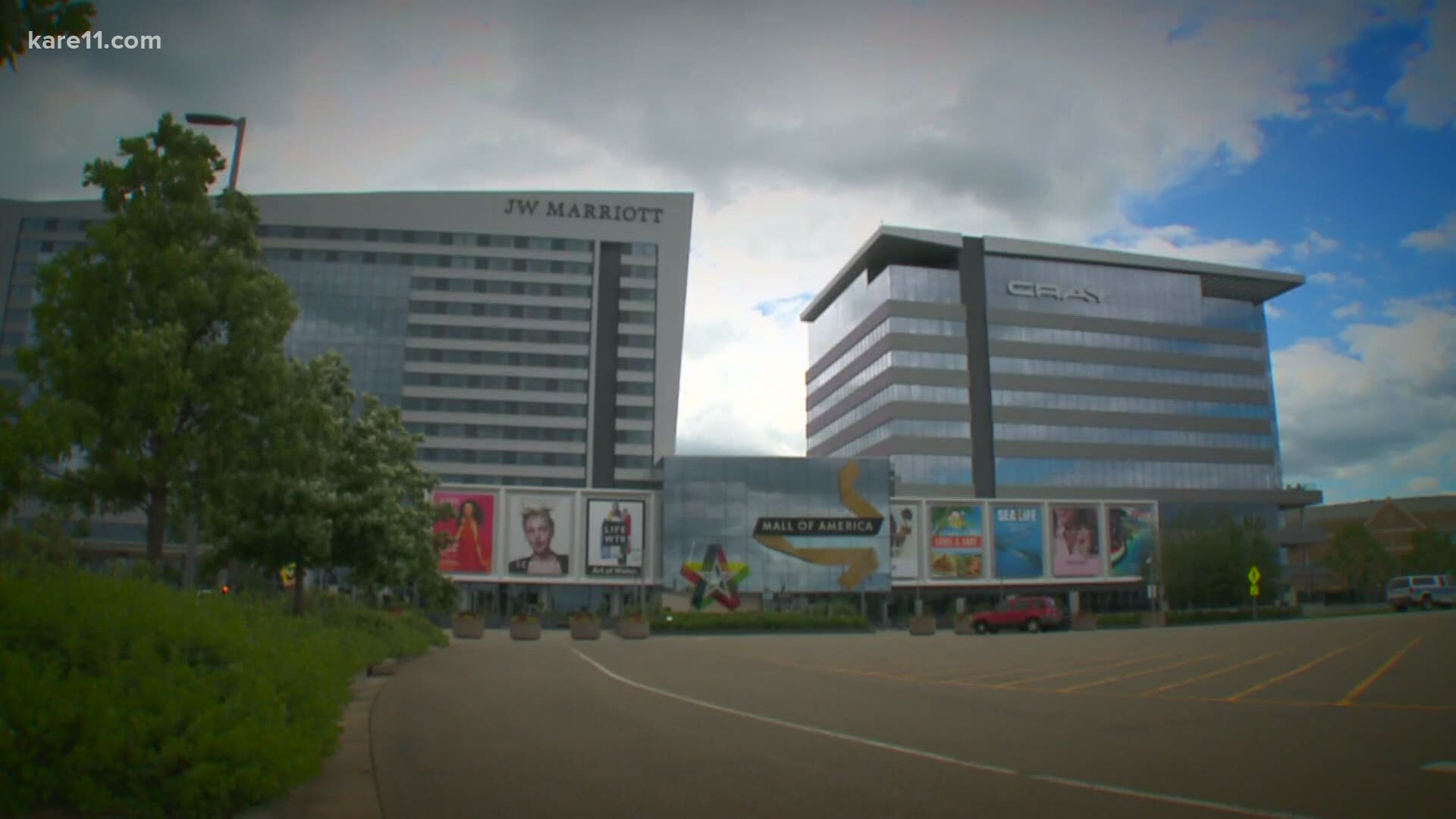 MINNEAPOLIS — Right now, America's mall is hurting. The Mall of America announced it will be permanently laying off 211 team members at the end of this month.

In a statement, they acknowledged that the road to recovery will be slow.

"When the year began, no one could have predicted the enormous challenges we would face as a business, a community and as a nation. While we continue to make progress at Mall of America, the road to recovery is going to be slow.

An additional 178 Mall team members remain on temporary layoff status which may extend beyond September 30. We hope to reinstate the team members in this group when business conditions allow."

As grim as all this sounds, University of St. Thomas marketing professor Kim Sovell saw this in an optimistic light. It's true that malls have been struggling even prior to the pandemic but Mall of America was always a bit different.

"I think that's one of the things Mall of America was prepared pretty well [for] going into this," Sovell said. "Of course they do consider it an entertainment destination but I think entertainment as a whole has taken a hit. But at the same time they do have office space at the mall."

Sovell said that she saw the layoffs and furloughs as a conservation strategy.

"I think MOA is doing everything that they can," she said. "We know they've missed payments, we know they furloughed 178 people, we now know they've laid off 211 workers, but all of that is trying to help keep them from going under, and laying off everybody."

It's like weathering the storm for what could come after. According to Sovell, what ever does come after--given our changes in behavior--could be quite exciting.

"Our changes are vast," she said. "Right now, we have virtually vaulted 10 years ahead with digital in about a three month period of time and consumers have demanded very quickly things like curbside pick-up and being able to buy online, pick up in store and ship to home."

Sovell also said she will be keeping a close eye on back-to-school shopping to use it as a gauge for how the holiday shopping season will go, during the pandemic.

"My foggy crystal ball says, back-to-school shopping, watching it will give us a better indication on what's going to happen on Black Friday, what's going to  happen through the holiday season," Sovell said. "Shoppers have already said they will not return to Black Friday crowds. It's a huge percentage of consumers that will not return to Black Friday crowds. Which makes a tremendous amounts of sense, and it's opportunity now for retailers to say maybe our employees should have Thanksgiving off."

Sovell said research has shown that in countries and areas that have lower COVID numbers, malls do better in terms of foot traffic.

So...the answer is clear at this point. If you love the Mall of America, do your part to social distance, and wear masks, so retail spaces can reopen sooner.