It may sound like a pain, but tracking the prices of those big buys for several months can save you some money. 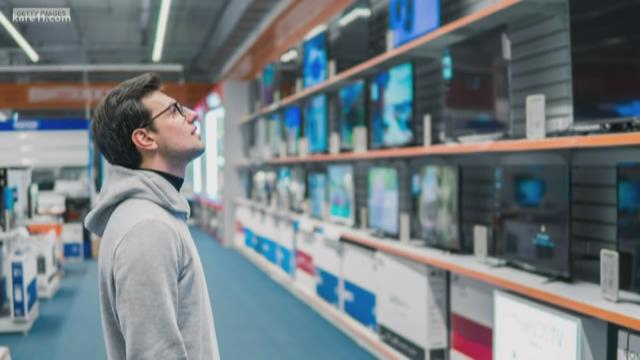 We all love a good sale.

But one consumer expert says many of the sales shoppers are seeing are flat-out fake. "It's to the point now I think a lot of different retailers are being straight up dishonest," said Kevin Brasler, executive editor of Twin Cities Consumers' Checkbook.

Brasler contends the sales aren't just fake, they're illegal. "There's no question that if you offer for something day after day after day at some quote-unquote discount off a price you never, or rarely, or even less than half the time charge, that's an illegal sale and not nearly enough is being done to stop these practices."

So what's a shopper to do?

First, Brasler says, try reaching out to independent sellers. He says they tend to have more flexibility when it comes to those minimum prices. "Let them know I'm shopping around and I'm going to buy from the place that offers me the lower price, and we find, our undercover shoppers find that that's the best way to buy appliances, computers, TVs."

And it may sound like a pain, but tracking the prices of those big buys for several months can save you some money. "There's a website that does track prices for a lot of different items across Amazon," Brasler said. "It's called CamelCamelCamel. We really like this website."

"That's real estate on that page that's owned by Google, and Google has a preference toward companies that pay it a commission." Brasler says the same goes with Amazon. "You cannot assume that just because you search for something on Amazon, that it's going to show you the lowest prices up front. Often Amazon works to push lower prices sometimes, down, because the product is being sold by a third-party vendor on Amazon, and Amazon doesn't get as big of a cut of that sale."

Bottom line?
Shop smart and you may still find some decent deals.

RELATED: A guide to using mortgages and loans to pay for home renovations

RELATED: How to negotiate a balance transfer fee