In recent years, we've seen groups of people do things that previously seemed unimaginable, from creating social change to storming the U.S. Capitol. 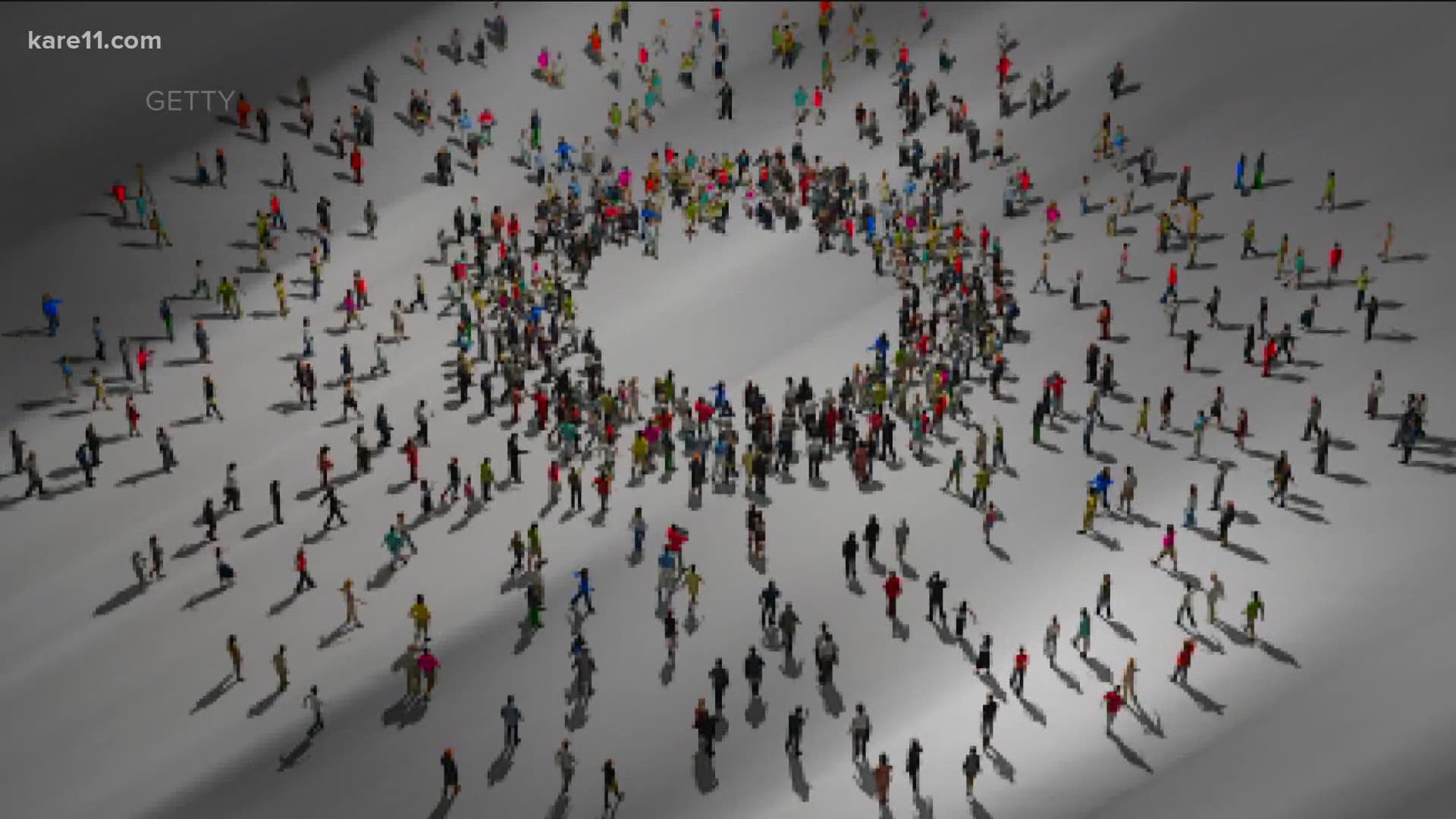 MINNEAPOLIS — If you haven't heard about what's going on with the stock market these days, basically it's a modern day David and Goliath story.

A bunch of “little guys” on a Reddit forum, worked together to beat the big guys at their own game.

Some hedge fund managers and big time investors on Wall Street lost millions of dollars, basically overnight, and some little guys made a small fortune.

It sounds like something out of a movie, right?

Well, according to various online news sites, Hollywood is already on it, with various companies vying for the movie rights to this crazy story.

To make things even more cinematic, the stock investing app many people used to buy shares of GameStop stock is called “Robinhood,” a nod to the fabled literary character who robbed from the rich and gave to the poor.

But if you take a deeper look, this story is only one example of the many ways “little guys” are making a big impact on the “big guys.”

“One person in their grandmother’s basement can make some of these things start to happen,” marketing professor Dr. Mike Porter says.

Porter teaches marketing and business courses at the University of St. Thomas.

He says the “GameStop Stock Saga” has been a great learning opportunity for his students.

It’s a classic example of how social media can be used to bring people together under a common goal.

"That organizing function, and it can be used for good or it can also be used to organize insurrection,” Porter says.

Over the last few years we've seen groups of people do all sorts of things that previously seemed unimaginable.

Like the MeToo movement that stood up for women's rights, or the social change that's still going on after the death of George Floyd last summer, or the thousands of people who stormed the U.S. Capitol last month.

For better or worse, the "little guys" are starting to figure out how to make a big impact.

"There gets to be a point where the business or organization can say it's going to be more painful for us to ignore these groups than it is for us to continue on the way we've been continuing,” Porter says.

With enough people on their side, groups can force companies, governments, or entire countries to do almost anything, but Porter says it's not easy to get everyone together on the same page, with the right message.

"One of the things we have learned from looking at the internet and communities on the internet over the last couple of decades is that you can't force a community, you can't make that happen. Things go viral, but you can’t force something to go viral. It has to happen organically,” Porter explains.

And when something does go viral, or a movement picks up steam, Porter says it's sort of like catching lightning in a bottle, it's hard to recreate that magic.

"From the corporate side, once that lightning has been seen, people start saying okay, how do we protect ourselves from that. Leaders of these organizations are now going to say, okay, we don't like how that happened, and so we're going to put up more defenses,” Porter says.

And the battle continues, with a constant back and forth, only now, Porter says the “little guys” are gaining more ground.

“Depending on the size of the organization and how deeply entrenched their culture is, they might think ‘we are big and powerful and we don’t care,’ but it’s harder for organizations to do that now, because they are going to have to acknowledge that there is this large group of folks that don’t like what their organization is doing,” Porter says.

Experts say what happened in the stock market will likely happen again.

So, the next time this happens they'll be ready for it, and they probably won't lose as much money as they did this time.