Cost of convenience? Behind Instacart pricing, why it might be costing you more

Take KARE of Your Money took one grocery list and compared the costs of shopping by app and in-person. 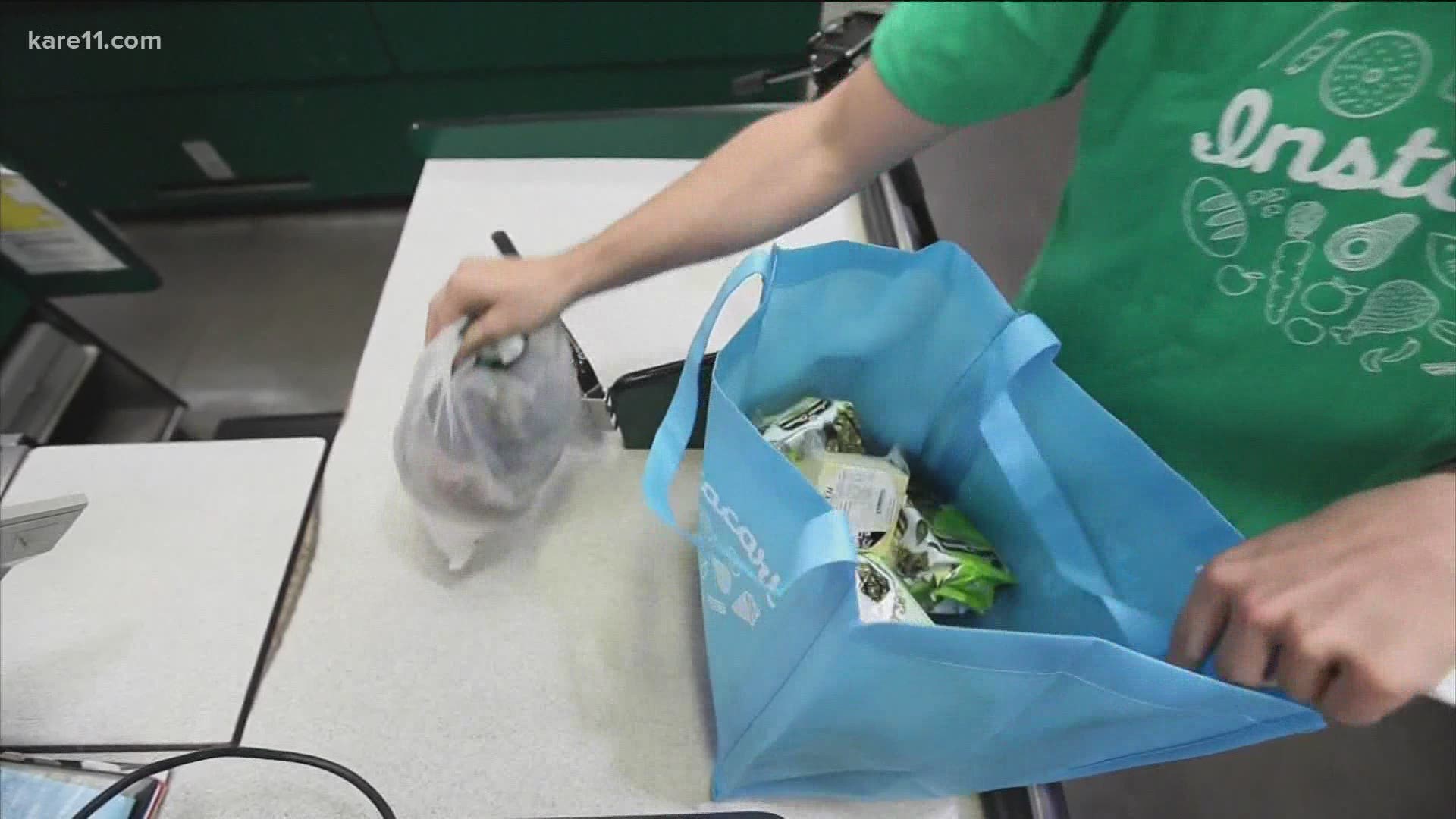 GOLDEN VALLEY, Minn. — The pandemic supercharged the growth of online grocery delivery companies like Instacart. That company alone went from an $8 billion evaluation pre-pandemic to $39 billion in March.

But it may come as a surprise to many how the service can cost you extra when ordering from certain stores.

“I'm looking and it's like $70 or so for two briskets, and I'm like ‘Oh my God’,” said Aizman. “Seventy dolalrs? You gotta hock an organ. There's no way that this could go up that much.”

Then he noticed the chicken where Instacart charged the couple $35.23, but again, the sticker price on the meat showed $8.30. That’s a 324% markup.

Turns out the Instacart driver left the receipt from Costco in the bag disclosing what the driver actually paid for the items versus what the Aizman’s were charged for the order. In total – they paid $331.80 to Instacart for groceries that rang up at Costco for $248.26, a 34% markup.

He thought there must be a mistake.

“Instacart said, ‘it's out of our hands, you need to talk to Costco.'"

So he called Costco, which told him it’s Instacart’s mistake.

“We contacted Instacart again, and they said ‘No, you need to go back to Costco’. And at that point it's like chasing your tail,” said Aizman.

Was this a mistake? Or just what Instacart charges to do business?

We looked into it.

On Instacart's website under "pricing information" for Costco delivery it says "Prices are higher than your local warehouse."

OK, but how much higher? Is everything higher? So many questions.

We decided to make our own order: 20 random items from Costco using Instacart to deliver.

Here's what we found.

We contacted both companies, asking if they think they're being transparent enough about delivery prices.

And oddly enough, we too began chasing our tail.

Here are their statements:

An Instacart spokesperson told us, "Each of our retail partners sets the prices of products available on the platform, and while many retailers offer everyday store prices, others may include markups on some items."

Costco said, "Pricing above and beyond our walk-in warehouse price is set by Instacart and utilized by Instacart to cover their service and delivery expenses. The conversation regarding transparency would be a question for Instacart not Costco."

So, the truth behind who is setting Costco's prices on Instacart is unclear, but we found just about every other retailer determines what Instacart can charge for their products, some markup products online, passing the cost of Instacart business on to the shopper, other retailers keep the same prices online that you'd see in stores, and they work out another way to pay Instacart for their business, according to companies we spoke with.

Some shoppers tell us they know items are marked up and they are willing to pay for the convenience, but others like Aizman were not aware and thought the service fee covered the delivery.

“To me it's not even as much the money … as much as the unknown of what you are paying. And you are paying 30, 40, who knows how much more for items. It’s very frustrating,” said Aizman.

We looked into the 30 retailers that partner with Instacart in the Twin Cities market. We found 15 of them mark up their prices for online delivery, and 15 keep the same in-store prices when ordering online.

Stores that mark up prices on Instacart

Store that keep prices the same