How to avoid robocalls on your cell phone

"We think the number of scam calls next year could approach 50 percent," said Gavin Macomber from First Orion a company that stops illegal robocalls. 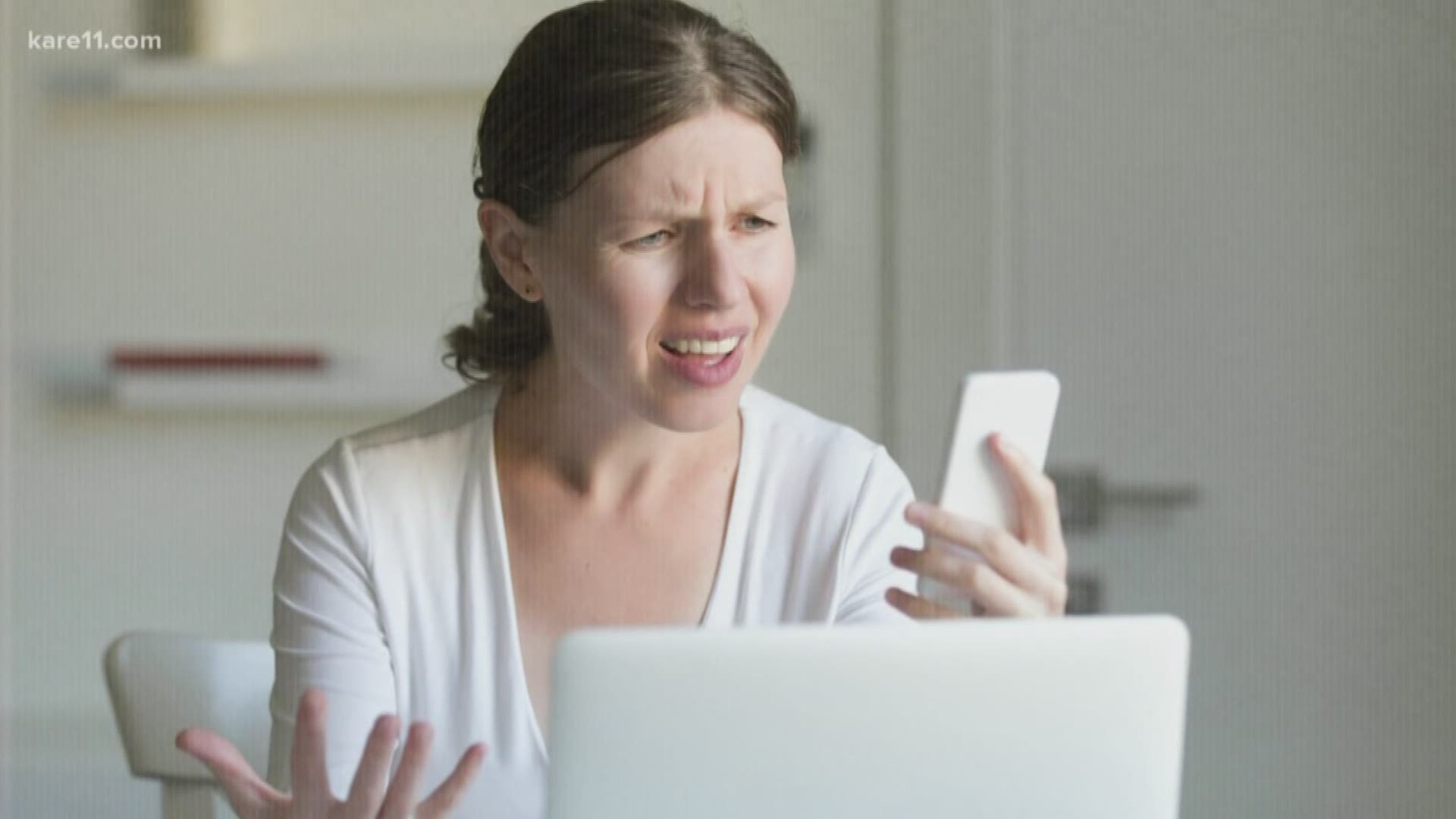 MINNEAPOLIS — Get any robocalls lately? No need to answer, we already know, yes, yes, a thousand times yes! It’s enough to drive you batty, so what can you do about it?

Don’t answer your phone. For real. That’s the advice from every expert we talked to.

More specifically if you don’t recognize the phone number, you shouldn’t pick it up. But, why?

“The scammers have gotten more and more sophisticated over the last year or two and they're making money unfortunately,” says Gavin Macomber with First Orion.

First Orion is in the business of stopping those pesky and illegal robocalls, including something new called neighborhood spoofing.

“A scammer basically hijacks a number that looks just like yours - same area code, same prefix, looks like a business or neighbor down the road, but it's not. It's somebody trying to get you to answer the phone and then pretend to be somebody they're not."

How bad is the problem? First Orion has never been busier.

"We think the number of scam calls next year could approach 50 percent," Macomber says.

Nearly half of all calls made to mobile phones next year are expected to be fraudulent. Well 44.6 percent to be exact. It's already so bad that robocalls are currently the number one complaint to the FCC which has started a Robocall Strike force to combat the issue.

The Better Business Bureau gets calls about robocalls every single day. But, it’s not just the annoyance. It's costing people millions and senior citizens are hit particularly hard.

So, why doesn't your wireless company do something about it? They actually are.

Verizon already has Caller Name ID, which is an app that can filter out spam calls, and they plan to roll out a voice verification system this fall.

"Think of it like Twitter. When you have a high-profile account, like an athlete, or actress or actor, they get that blue checkmark that verifies that it's an authentic account. That is similar to what will happen when a call comes on to your screen. You’ll have a checkmark or a symbol that will verify that the call originated from that number,” says Megan Dorsch with Verizon.

But right now, the criminals are one step ahead. So, what else can you do? We weren't kidding when we said don't answer your phone.

“The reason why is because scam artists use technology, and once you pick up the phone, it's a trigger for them that there's a live person at the end of that number, and you automatically get registered on all sorts of other lists. It's just going to increase the phone calls,” says Jemtrud.

“They say something like, 'Can you hear me?' or, 'Is this Sandy?' And you say, 'Yes', and they capture that to be used for unscrupulous purposes,” she explains.

You can and should file a complaint with the Better Business Bureau, the FCC and the Federal Trade Commission, which runs the do not call list. And, if you haven't yet, get on the list.

See what your phone company provides and check out third party robocall blocking apps. And then you wait. Until it's finally safe to answer your phone again.