Customers first discovered the problem after using the new tool the IRS launched called Get My Payment so people can track their stimulus checks. 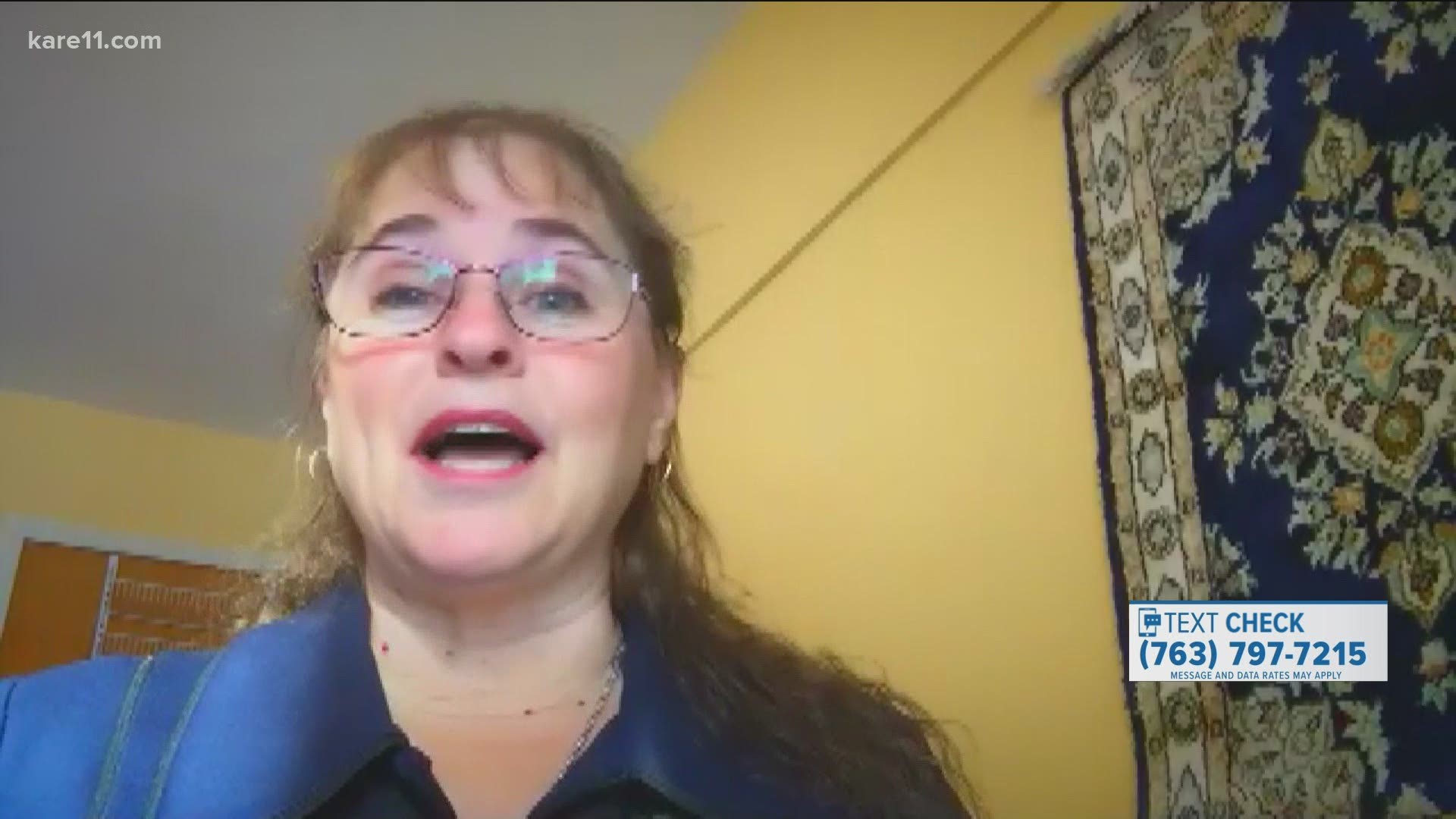 MINNEAPOLIS — Federal stimulus funds are now officially available, but a lot of people are already reporting a delay and it specifically involves H&R Block customers.

The customers first discovered the problem after using the new tool the IRS launched called Get My Payment so people can track their stimulus checks. Some of them, like Minnesota mom Marcia Hannah, are telling KARE 11 the tool shows the money is in an account they say isn't theirs.

"I'm like that's definitely not my account number," said Hannah. "Somebody else got lucky to get money from me and my dependent."

We found out Hannah had previously filed her taxes with H&R Block, and like others, set-up what's called a temporary Refund Transfer account to get funds in the past and pay fees, like tax preparation fees.

The company says it's investigating why stimulus checks were deposited in that account in the first place. On Twitter it wrote, "We have sent these payments on to the method you chose for Refund Transfer: direct deposit, check or Emerald Card." H & R Block also wrote in the tweet that Hannah and other customers should expect to get their money by of the day Tuesday.

"It's not a lot of money, but I am dependent on it to help me and my daughter," said Hannah.

Like with H&R Block, the IRS says stimulus money may not be deposited into your primary bank account and could go to another one of your accounts you don't immediately recognize. For example, if you receive federal benefits like social security and supplemental security income to a Direct Express debit card, the stimulus money may also be deposited into that account.

However, if you used an Economic Impact payment card to receive the first stimulus, the IRS says don't expect it to be automatically loaded there this time around.

Remember, those debit cards and paper checks will also take longer to get in the mail. Stimulus money will be sent throughout January, but if people still don't get it, the money can be claimed on their 2020 tax return.

"It doesn't seem to be a last name issue or how much you received on your last refund issue, just some are getting it and some have not yet", says Ann Etter, a Minnesota Certified Public Accountant. "So as difficult as it is, as badly as the bills may be piling up, you just have to be patient."

The IRS is urging people to visit www.irs.gov for the most current information rather than calling the agency or their financial institutions or tax software providers. IRS phone assistors do not have additional information beyond what’s available on the website.