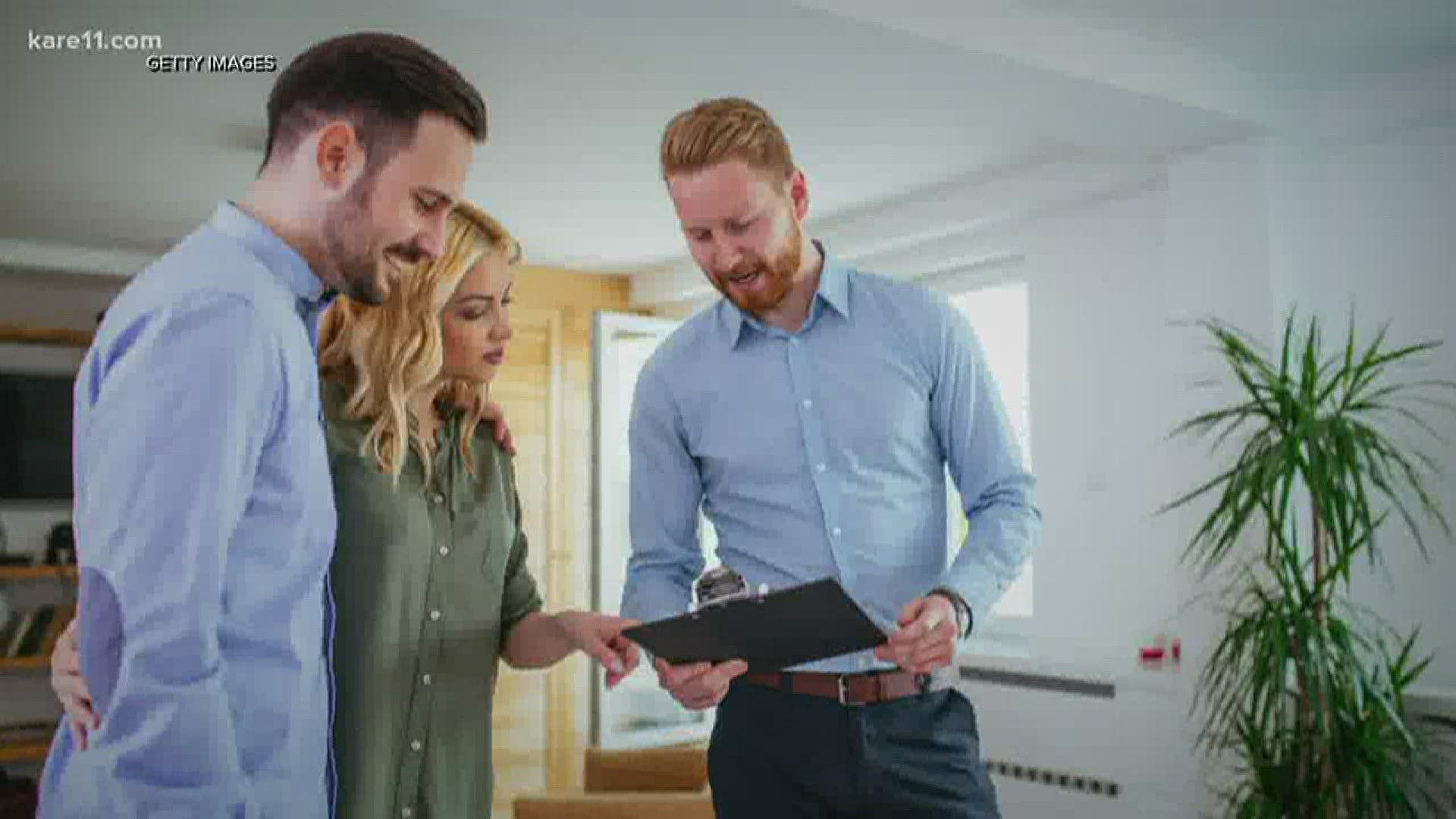 MINNEAPOLIS — A Minnesota man is the first plaintiff in a class-action, antitrust lawsuit that some experts say could change the way residential homes are bought and sold in the U.S.

At the heart of the lawsuit is the NAR’s policy on the payment of realtors, known as the “Buyer Broker Commission Rule”. It states all brokers who list a property on a Multiple Listing Service (MLS) must make a blanket, non-negotiable offer of compensation to the buyer’s broker. 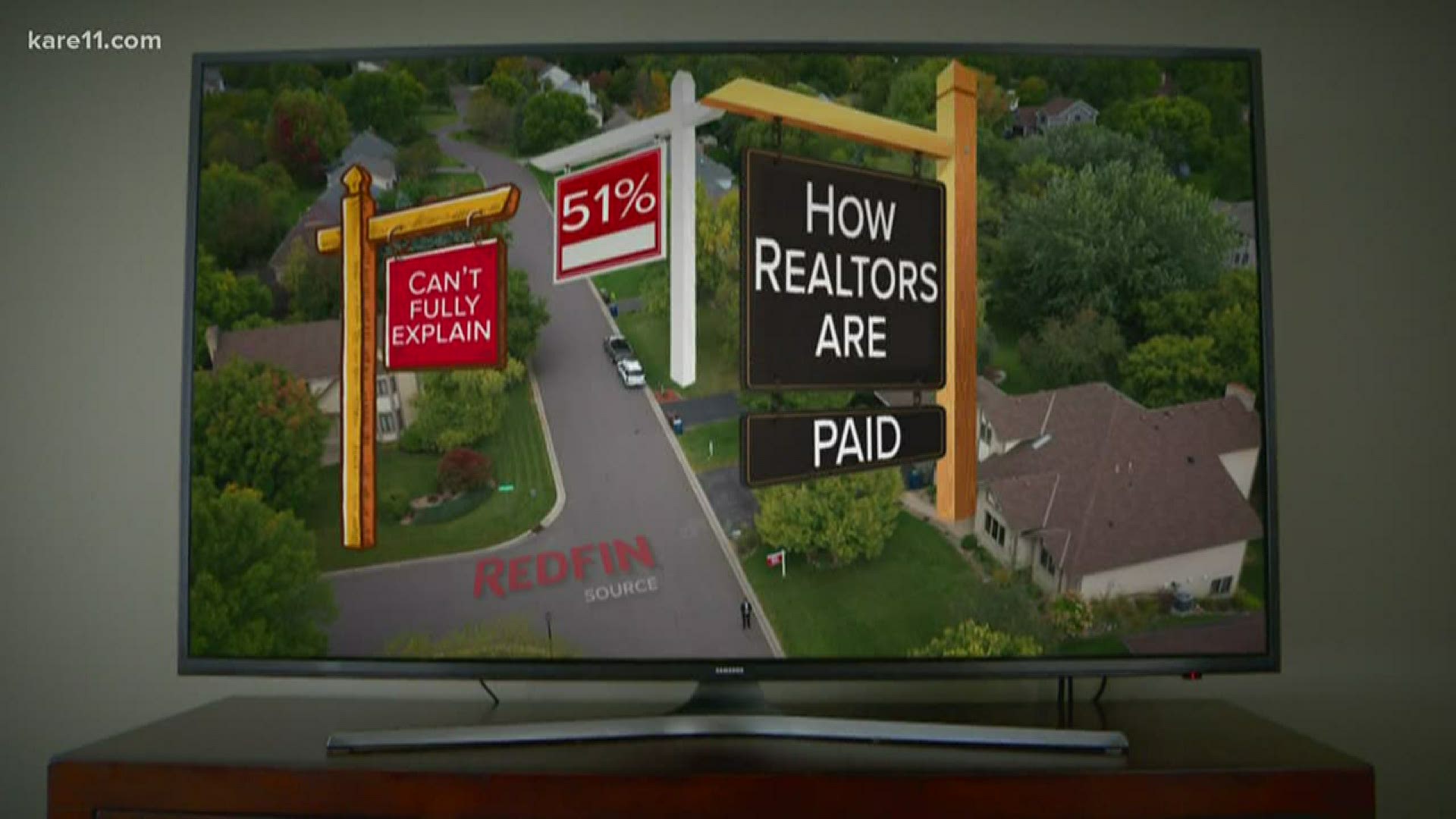 This means the seller and their agent are the ones who decide how much the buyer’s agent will get paid during a sale. And most often, the seller typically pays for both agents, according to the lawsuit.

“It's a rigged system ultimately,” said Marisa Katz, an attorney for lead plaintiff Christopher Moerhl, of Shorewood, MN. “Because of the system that's in place, Americans end up paying three to four percent more in real estate broker fees than consumers in other countries.”

The rule, according to the NAR Handbook (page 34), allows sellers’ brokers to offer higher commissions to entice more buyer brokers—and in turn more buyers—to a given property. This commission must be listed on each property in an MLS, but is not available for buyers to see. Katz says this process can lead buyer-brokers to only show their clients properties with higher commissions. This is an unethical practice known as steering.

The lawsuit also alleges this practice often keeps buyers in the dark on exactly how their broker is paid.

According to a survey by the real estate company Redfin, 51% of people who recently bought a home can't fully explain how their realtors got paid.

“Throwing around a few anti-trust buzzwords doesn’t change the fact that MLSs have contributed to an orderly, efficient and pro-consumer marketplace for well over 100 years,” said John Smaby, President of NAR. “We continue to believe the lawsuits are wrong on the facts, wrong on the economics and wrong on the law.”

The NAR filed a motion to toss out the lawsuit in May of 2019, which the court is still weighing.

The trade group believes the plaintiffs have misinterpreted the rules for the MLSs.

Jack Bierig, an attorney for the NAR, says the current system is better for buyers, because it allows both buying and selling brokers to get paid for their work, buyers to have more cash to spend on a down payment, and sellers to sell their houses more efficiently.

Sellers have every right to negotiate compensation for their broker and the buyer’s broker, according to Bierig, and every buyer has the right to ask what compensation is offered on their behalf.

The lawsuit alleges another complaint against the NAR’s ethics rules, which state buyers’ realtors are allowed to represent their services as “free” as long as the realtor discloses the potential to be paid by a third party.

Because most commissions are lumped into the price of the home, the buyer is actually the person paying for the commissions, although not directly, according to the lawsuit.

Meanwhile, other real estate companies, like Seattle-based Redfin, are capitalizing on transparency and cost of home buying.

“The industry is ripe for change and some transparency,” Chris Prescott, Minneapolis market manager for Redfin.

Redfin agents don't make commissions; they're paid a salary by the company.

The company is the first in the region to start showing the commissions being offered to buyer brokers online.

“We want the consumers to have as much information as possible,” said Prescott.

We reached out to RE/MAX, Keller-Williams and Edina Realty (a subsidiary of HomeServices of America) for comment on the lawsuit and the NAR’s rules. All declined to comment.

We also contacted the Minneapolis Area Association of Realtors and the Minnesota Realtors Association, and they declined to comment.

Currently, a motion to dismiss the case is pending before a federal judge. If the judge approves the motion, the case is thrown out. If not, then the plaintiffs will seek class-action status. If approved, tens of thousands of Minnesotans who sold a home in the five-year period could automatically join as plaintiffs, according to Katz.

Here is a list of the greater metro areas implicated in the lawsuit:

MORE NEWS: You can now call the IRS with your stimulus check questions

MORE NEWS: Build a 'money community' to figure out finances

MORE NEWS: Some restaurants may be adding a COVID surcharge to your bill