The IRS sent letters to Minnesotans who did not file a tax return in 2018 or 2019, urging them to register for their payment before Nov. 21. 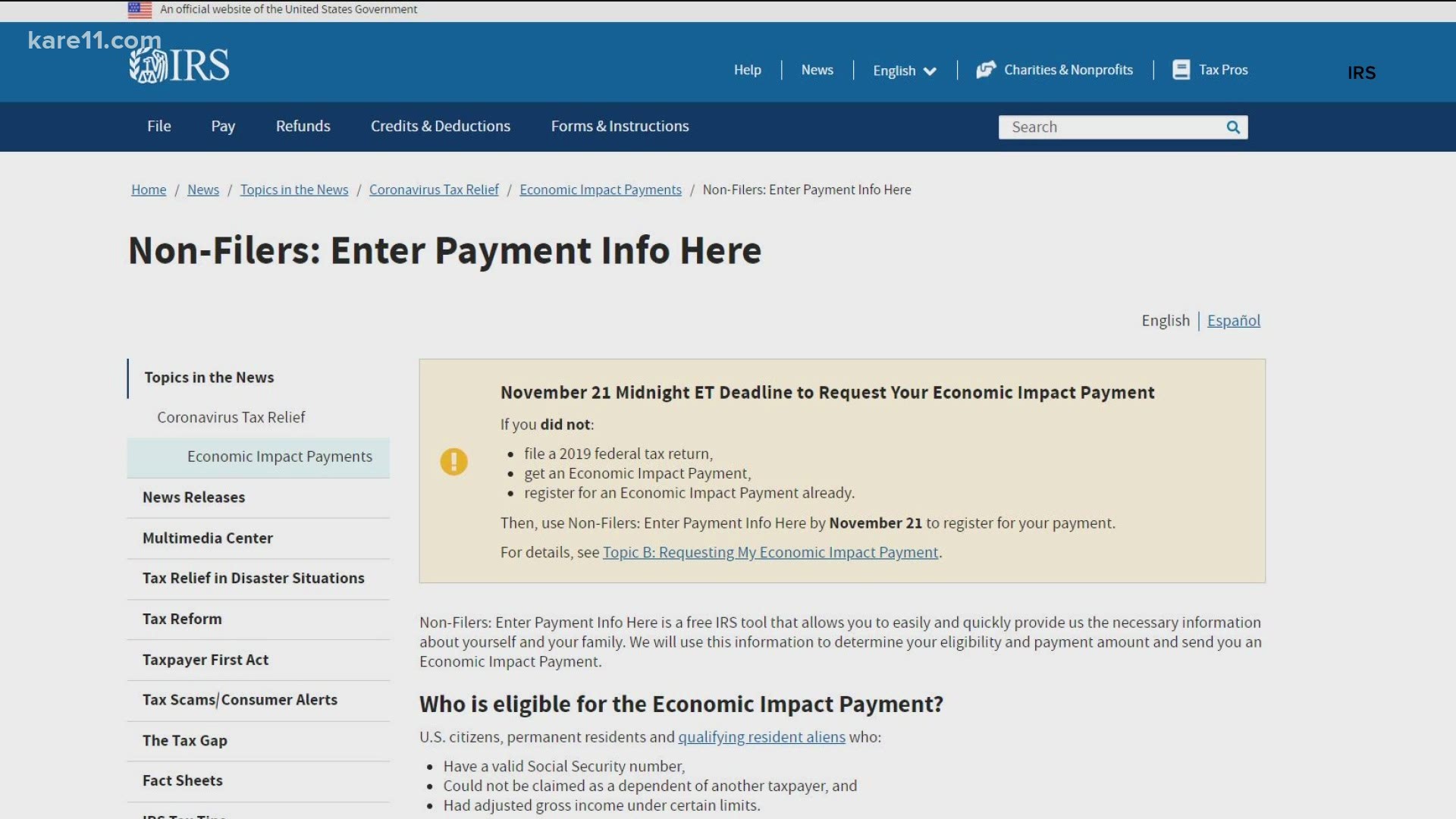 For Minnesota alone, that's somewhere between $100 million and $300 million that could be used for rent, food, and other utilities.

Officials say the IRS recently sent letters to those people urging them to register for an Economic Impact Payment online before the Nov. 21 deadline.

That deadline was originally Oct. 15, but the IRS announced late Monday that they will extend it five weeks.

The letters were sent specifically to people who did not file a tax return for either 2018 or 2019.

Sarah Bronson, with the Minnesota Department of Revenue, said most of these individuals don’t file tax returns because they earn too little money.

Bronson said the majority of them earn less than $12,200 as an individual or $24,400 as a married couple, and therein lies the concern. Many of these people are ones who need this money the most.

“That's why we wanted to get the message out that there are Minnesotans out there who are eligible for these payments,” Bronson says.

“The Economic Impact Payments were sent out to try to spur the economy and help Minnesotans during an unprecedented time,” said Revenue Commissioner Cynthia Bauerly in a news release Tuesday. “We want to make sure that those Minnesotans who may benefit the most from these payments know how to claim them or are connected with groups that can assist them.”

The stimulus payments, which are up to $1,200 for individuals and $2,400 for married couples, were sent out in the spring to many Americans. The people who got the letters could be eligible, but need to register online.

The state department of revenue said that even if people have not gotten the letter, they should still register if they think they might be eligible.

A person is likely eligible to receive the payment if they:

If anyone has trouble registering online they can look at the FAQs and learn how to submit a simplified paper return.

There are also groups in Minnesota that are available to help people claim their payments. Anyone who needs help can reach out to:

Those who miss the November 21st deadline will have to file a 2020 tax return, and will then be sent the money.