Visions of overspending are weighing on the holiday cheer this year, nationwide poll finds. 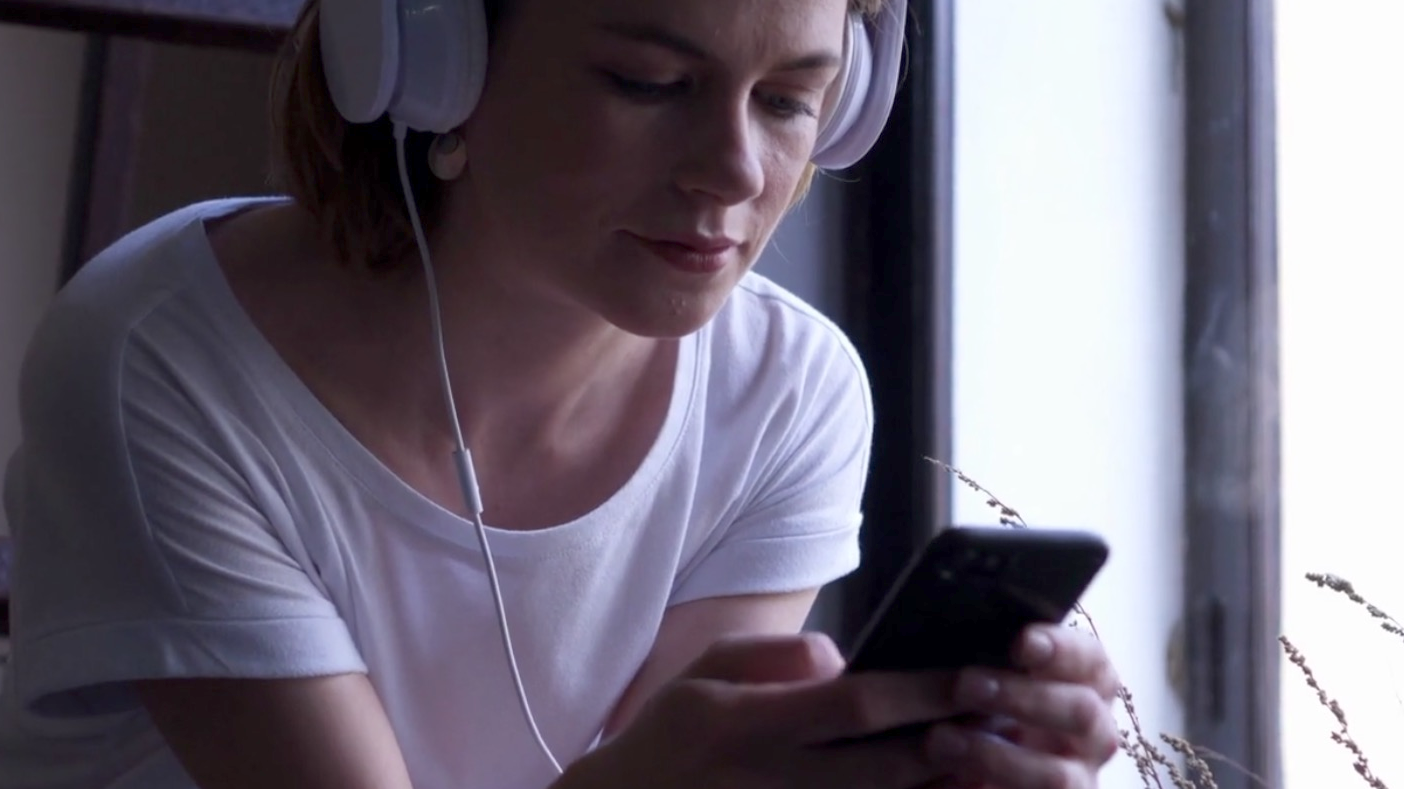 Bid season’s greetings to the financial anxiety that comes from worrying about how to pay for the holidays.

More than 6 out of 10 people told Bankrate they feel pressure to overspend on either presents, travel, social outings or charitable donations during the holiday season, according to the 2019 Bankrate Holiday Gifting Survey. Respondents were open to a variety of options to save money including opting to skip or boycott gift-giving altogether.

The pressure to spend on gifts

About half (51 percent) of survey respondents told Bankrate they feel pressure to spend more than they are comfortable with on gifts during the holidays. The percentage was significantly higher than those worried about breaking their budget for charity (30 percent), social gatherings (28 percent) or holiday travel (24 percent).

Gift-giving during the holidays is like keeping up with the Joneses, but now its keeping up with social media, says April Lewis-Parks, director of education at the nonprofit debt relief agency Consolidated Credit.

“Between Instagram and Pinterest, and some of these other sites too, people get caught up in wanting to have these picture-perfect gifts and holiday moments, and they overspend because they think all of their friends are doing a certain level of holiday shopping and decorating and they want to match it,” Lewis-Parks says.

Looking for ways to save on gifts

Consumers are expected to spend almost $1,048 on average during the 2019 holiday season, according to the National Retail Federation, a rise of 4 percent from last year. The national trade organization forecasts holiday retail sales during November and December reaching a total of $727.9 billion to $730.7 billion.

People are naturally looking for ways to keep as much money in their pockets as possible. More than half (53 percent) of gift-givers said they were willing to actively seek out coupons and store sales or limit their gift list to their immediate family to save money.

Some people were even willing to resort to gift-giving hacks to save money including giving homemade gifts (36 percent), re-gifting (24 percent), buying used or secondhand items (19 percent) or even skipping or boycotting gifts altogether (16 percent).

Most people (45 percent) said they’re willing to stay put for the holidays to save money on seasonal travel. Other popular options include staying with family and friends instead of a hotel (38 percent), driving or using other typically cheaper modes of transportation (32 percent) or only traveling to those within a close proximity (26 percent).

Using credit card points and miles and traveling on the day of the holiday were less popular for those looking to save on travel. Twenty-six percent and 16 percent of respondents said they were open to those options, respectively.

Financial experts advise people not to get swept up in the holiday spirit and break their budgets during the final months of the year. Using credit cards and loans where you’ll carry a balance and incur interest charges is especially cautioned against.

Consolidated Credit launched its “100 Days, 100 Ways to Save Money” campaign to help share ideas on how to avoid debt during the holidays. Lewis-Parks says some of her favorite tips include buying things in bulk, creating holiday baskets for people and playing games such as Secret Santa to cut down on the number of presents you have to buy.

One of her top tips to alleviate the pressure to overspend during the holidays is setting expectations with your loved ones.

“The more honesty that can surround the holidays, the better,” Lewis-Parks says. “Other family members and friends will probably be relieved if one person does bring it up and says, ‘Hey, I want to try to streamline holiday gift-giving this year. I love you, but why don’t we come to some kind of agreement where we only gift to children in the family or where everybody buys one gift and doesn’t feel obligated to buy for everyone.’”

Parents feel the most pressure

Families with young children seem to be most anxious about holiday spending. Parents with children younger than 18 were most likely to say they felt pressure to overspend on charity (42 percent), travel (47 percent), social gatherings (49 percent) and especially gifts (71 percent).

The added pressure that parents of minors feel might leave them more willing to explore re-gifting and buying secondhand or used items than those without children or with older kids. A fourth of parents with younger kids said they were open to buying used items compared with 11 percent with older kids and 22 percent of those with no children.

Parents of those younger than 18 were also most willing to re-gift, with 32 percent saying they’re willing to give it a try compared with 22 percent with older kids and those with no children.

Sandra Lippy says she doesn’t buy toys or clothes for her grandchildren after they turn 13 years old. The Florida resident says it was stressful to keep up with 10 grandchildren who have different interests and tastes in order to get them each items they wanted.

“I don’t know any grandparent, friend or person I know who doesn’t give gifts to their grandchildren,” Lippy says. “You want to. We all want our grandchildren to be happy.”

She’s opted to learn about the stock market with her grandchildren and work together to buy stocks for each of them as her holiday gift to them. She includes an account statement showing their holdings in her cards to them.

“Teenagers are usually not interested in connecting, but this puts us on the same page for a little bit of time. They’re interested in talking about companies they use and go to,” she says. “It’s definitely took the stress off. Now I don’t have to think of 10 new gifts of substance at least twice a year — Hanukkah and birthdays. I’m not mailing packages and not buying them stuff they don’t need.”

Most people (31 percent) told Bankrate they start worrying about holiday costs in November as the holiday displays start to go up and Black Friday appeals bombard everyone. Twenty-three percent of respondents worry about how much the holidays will cost in October, while 20 percent of people don’t start stressing until December.

The ideal scenario would be to factor your holiday costs into your annual budget earlier in the year and set aside what you need each month. But you can still create a budget during the holidays to see how much of your income you can set aside for gifts, travel and other holiday costs after your bills and other expenses. Buying gifts and travel during sales, and not waiting until the last minute, can also help save.

The end of the year can be a tricky financial time for families even before considering holiday costs. Colder temps often mean higher heating or energy bills or expenses to winterize cars and homes. Charities and other programs help some families struggling to juggle end-of-year expenses.

“Holiday times for us are extremely busy with helping families primarily who are living at or below the poverty guideline level. Without that holiday assistance, sometimes our families are making a choice between paying bills and providing a nice holiday for their families,” says Dale Bannon, assistant national community relations and development director at The Salvation Army.

The Salvation Army, an evangelical-based nonprofit, offers financial help to households struggling with their utility bills, grocery and food assistance and the Angel Tree Program that provides new clothes and toys through anonymous donors.

“People can come in and get a gift through Angel Tree for their child and not have to worry about having to decide between getting something for their child and keeping their house warm,” says Bryan Harrison, senior policy analyst for basic needs at Salvation Army.

“We want everyone to feel seen and cared about,” Harrison says.

Bankrate commissioned YouGov Plc to conduct the 2019 Bankrate Holiday Gifting Survey. Total sample size was 2,628 adults. Fieldwork was undertaken on Oct. 9-11, 2019. The survey was carried out online and meets rigorous quality standards. It employed a non-probability-based sample using both quotas upfront during collection and then a weighting scheme on the back end designed and proven to provide nationally representative results.

This story was originally published on Bankrate. Create an account on Bankrate today to get your free credit report along with expert advice to improve your score. Plus, set your financial goals to personalize your dashboard with resources to help you reach them.