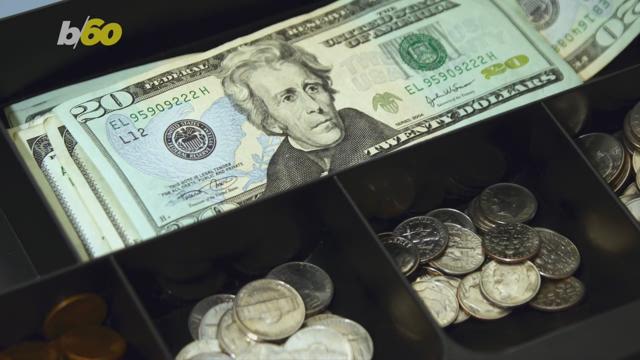 If you do most of your shopping at the same few stores, you could potentially save a lot of money by signing up for your favorite stores’ retail credit cards and taking advantage of cardholder promotions.

But be careful: A new survey by CreditCards.com found APRs on brand-new store credit cards have increased substantially in recent months – potentially setting up shoppers for a painful bill if they carry a balance on their cards.

The pronounced rise in store card APRs is noteworthy, in part because federal interest rates – which help set APRs on variable rate cards – have dropped significantly this year. The prime rate, for example, is now 25 basis points below where it was a year ago. But, despite a lower base rate, APRs on new store cards are markedly higher than they were in the fall of 2018.

The difference suggests many lenders have aggressively hiked rates on new store cards. Lenders are required to adjust APRs on cards consumers already own when the Federal Reserve revises its bench mark rate. However, lenders are free to set rates as they wish on new offers.

A popular, but risky, tool for saving money

Personal finance experts say store credit cards can be a useful tool for consumers who have the means to pay off their balance in full, or who need help rebuilding their credit.

“The appeal is that you can really save a lot,” says Beverly Harzog, a credit card expert at U.S. News and World Report. “Sometimes you get a head start on sales and you can really earn a lot of rewards on your purchases.”

Many consumers agree. CreditCards.com polled more than 2,400 adults and found that the majority of consumers who applied for a store credit card did it to save money. Store cards are also popular, CreditCards.com's survey found, despite their hefty rates. For example, 66 percent of U.S. adults have applied for at least one store card.

However, consumer advocates warn that store cards can also be exceptionally risky – particularly if consumers use a deferred interest promotion to finance a big purchase.

“If it's a 0 percent deal on a store card, there's a pretty good chance it's a deferred interest offer,” says Chi Chi Wu, a staff attorney at the National Consumer Law Center.

And those kinds of deals can get you into a lot of trouble, she says. Unlike general market cards with 0 percent APRs, deferred interest cards come with an expensive catch: lenders charge interest on every item you've charged to your card if you don't pay off your balance in full before the end of the promotion. So “you'll be socked with a lot of retroactive interest,” says Wu.

Even if you're sure you can pay off the balance by the time the promotion expires, you could get thrown off course if a sudden emergency, such as a lost job or expensive illness, affects your budget, she adds.

American Bankers Association vice president Nessa Feddis says deferred interest promotions can be helpful, though, if you need to make a purchase right away and can't qualify for a better offer.

“If you need a refrigerator today, 0 percent is a good deal,” she says.

If it's a 0 percent deal on a store card, there's a pretty good chance it's a deferred interest offer.

Consumer advocates also worry about private label store cards, in particular, because the APRs are often much higher than the APRs on general market cards – which are also at historical highs, despite recent cuts in the prime lending rate. Unlike general credit cards, private label retail cards can only be used at a single store.

According to CreditCards.com research, for example, the average median APR for all credit cards is currently 21.10 percent– roughly five percentage points lower than the average APR on private label store credit cards.

According to Brian Riley, an analyst at Mercator Advisory Group, APRs on private label store-only credit cards tend to be higher, in part, because the cards are often easier to get if you have less-than-ideal credit. Stores also need a way to help pay for the rewards and promotions they offer through the cards, he says.

According to Riley, some store card issuers are hiking rates by raising the maximum possible APR on a store credit card and leaving the card's minimum interest rate unchanged.

Other store card issuers are raising rates across the board, CreditCards.com research has found.

However, most lenders appear to be capping APRs at 30 percent or below.

Consumers who are attached to a particular store are more likely to find a lower APR on co-branded store cards, which typically come with a Visa, Mastercard or American Express label, and can be used at any store that accepts those card networks.

Consumers with excellent credit may even be able to get a better deal on a co-branded store card than they would get on a general market rewards card. For example, the new Apple Card charges a minimum APR of just 12.74 percent, which is well below average for a rewards card.

The rewards on co-branded cards also tend to be more generous and are often competitive with the rewards available on general market credit cards. For example:

Prospective applicants should consider the opportunity cost. There's a good chance they'd be better off with a general-purpose rewards card.

Shoppers are motivated by store card savings and promotions

Despite higher APRs and limited benefits, many consumers still use store credit cards to help shave the cost of their purchases and get special access to promotions at their favorite stores.

Older shoppers are especially likely to embrace store cards. According to CreditCards.com's survey, for example:

Most people say they applied for a store card in order to save money. For example:

Some shoppers claim store cards have saved them hundreds

Evan Sutherland, publisher of Budgeting Couple, says his wife once earned a free pair of jeans through her Express credit card. They have also saved a substantial amount of money using their Amazon credit card since it offers better rewards on Amazon purchases than they'd be able to get using their Citi® Double Cash Card.

“We never even pay attention to whatever the APR is,” Sutherland adds. “We don't care because we just pay it off immediately. We never pay interest, which means we only make money with our credit cards.”

“I have probably gotten $500 in free clothing since opening the card,” says Beach. “Loft puts $20 off, $5 off and double rewards coupons in my account and so it's easy to use at the register.”

Tess Robison of Money Done Right says combining discounts from her Kohls card with other store discounts, such as Kohls cash, has made shopping at one of her favorite stores more affordable.

“I would never ever shop at Kohls if I didn't have the store card because, otherwise, it can be a bit overpriced,” she said.

CreditCards.com industry analyst Ted Rossman says applying for a retail card from your favorite store can be a smart move if you shop there often and are offered substantial rewards.

However, think twice before signing up for a store card just for the one-time sign-up bonus. You'll not only get dinged with a hard inquiry on your credit report, which can temporarily dent your credit score, you may also get saddled with a card you don't need.

“Prospective applicants should consider the opportunity cost,” Rossman said in a news release. “There's a good chance they'd be better off with a general-purpose rewards card.”

See related: How to upgrade from a retail store card to a regular credit card

Some shoppers are also attracted to store cards' accessibility

The American Bankers Association's Nessa Feddis says store cards can also be a good option for consumers who are unable to qualify for other cards.

“There's a slightly higher approval rate for retail cards, so for some people, that may be their best initial option,” she said.

According to CreditCards.com's survey, a significant number of consumers – 29 percent – said they applied for a store card because it was readily available.

Read the terms before applying for a store card

As the holidays approach, credit card expert Beverly Harzog says consumers are likely to be bombarded with discount offers from store clerks who are trying to get more shoppers to apply for a card. Some stores tie employee incentives with the number of cards that shoppers open.

However, don't apply for a store card on a whim or let yourself be pressured into accepting a card you don't need. According to CreditCards.com's survey, 11 percent of consumers said they applied for a card because they were badgered by a cashier.

Rather than apply for a retail card on impulse, do your research before you step into your favorite store, recommends Harzog.

“Look at the terms so that you go into this with your eyes wide-open.”

The retail cards research was conducted in September and October 2019 by CreditCards.com using the terms and conditions agreements of 88 cards from 64 retailers, which included 55 store-only cards and 33 co-branded cards. Each of the 100 largest retailers (as defined by the National Retail Federation based upon 2018 sales) that offers a retail credit card program was selected for the study.

Additionally, CreditCards.com commissioned YouGov Plc to conduct a consumer survey. Total sample size was 2,490 adults. Fieldwork was undertaken on Aug. 28-30, 2019. The survey was carried out online and meets rigorous quality standards. It employed a non-probability-based sample using both quotas upfront during collection and then a weighting scheme on the back end designed and proven to provide nationally representative results.

This story was originally published on CreditCards.com. Use our free card match tool today to get personalized offers from participating partners in less than 60 seconds.