More people are replacing cash with digital apps, but there are safety measures to keep in mind when exchanging money with your phone. 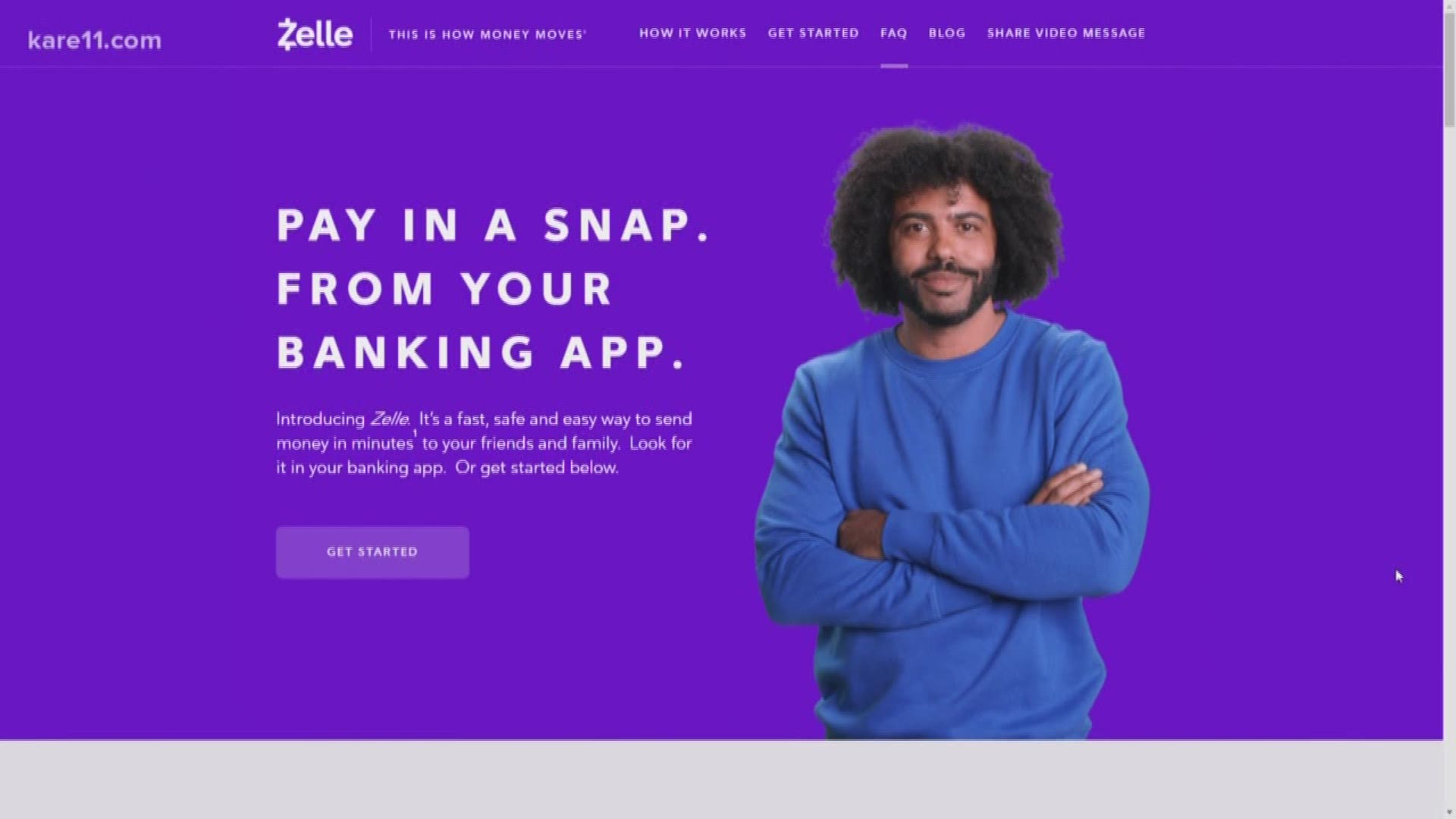 MINNEAPOLIS - Cash once was king, but more wallets are now getting ditched for digital.

It started with payment programs from big names like Apple, Samsung, and Google; it's now grown into apps that let friends directly exchange funds through their phones.

You may have even seen the ads for Zelle, run by several of the nation's largest banks; and Venmo, owned by PayPal. Venmo has more than 2 million reviews on Apple's App Store, and has become so popular you might even hear it as a verb - as in, "I'll Venmo my share of the rent."

"Everyone is getting into the mix because it can be so convenient and easy to use," said Mike Johnson, who leads the security technologies program at the U of M's Technological Leadership Institute, and previously oversaw operations risk management for a local bank. "Features are important, security needs to be as important. People need to demand that their devices and applications are secure."

Most digital wallet apps let you set up an account tied your bank account or credit card; exchanging money only requires the email address or phone number of another person. It's simple, but potentially problematic.

"Email addresses and phone numbers are not identification tools," Johnson said. "People think that they are, but they're not. They could be spoofed, they could be taken over. So systems that are completely designed based on those controls have an inherent weakness."

Connecting a digital wallet to a bank account is usually free; sounds appealing, since connecting a credit card often adds a fee per use-- that's how these apps make money. However, credit does offer the protections you already get with that card, while the apps don't include any buyer or seller protection.

"If you have $10,000 in your checking account and a criminal gets access to the funds, there's some limits, daily limits, but they could theoretically drain all $10,000," Johnson said. "Versus the credit card, you can work with the credit card company to dispute the charges."

These apps can be used safely, with the right precautions. Johnson says digital wallets should only be used to exchange money with someone you already know-- something Venmo and Zelle say right on their websites. The apps also advise against paying for goods or services from a stranger, like sports tickets, or something you bought off Craigslist. Instead, the apps are best for things like splitting a dinner tab with someone you trust.

"If you read the agreements for most of these services, they use that word quite a lot. 'These are for trusted transactions with trusted parties.' People you know and trust, the word keeps coming up," Johnson said.

He also recommends strong, two-factor authentication to log in; and turn on notifications, both for the app and your connected bank or credit account, so you'll know right away if someone else gets access.

Even if you don't use these apps now, you could get invited in, since money can be sent to any email or phone number, even without being connected to an app.

"Cash is dead. For most people. Many people," Johnson said.