Scholarship Displacement: How earning one can actually hurt you

Many college students find that winning a scholarship can result in the loss of other forms of financial aid. 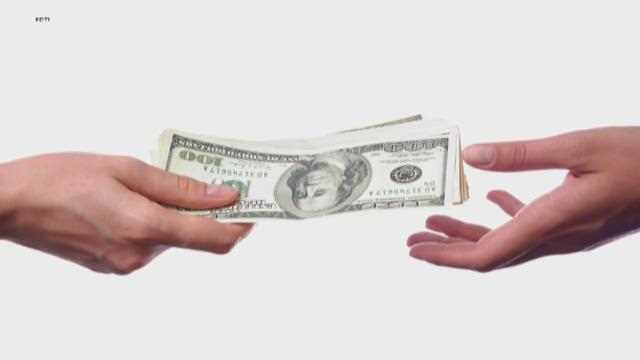 Here's something you may not think about if you're among the millions of people saving money for college right now.

Did you know winning a scholarship could actually take money away from a student?

It sounds crazy, but Charmi Patel, a student at the University of Illinois-Urbana Champaign, says it happened to her.  "It was absolutely devastating. I feel like it’s very unfair,” Patel says.

Patel did everything she was supposed to do when it comes to getting ready for college. She studied hard, got good grades and applied for financial aid.

But when she won a scholarship sophomore year, she says the financial aid the university gave her suddenly disappeared.

"The second I gave them a letter saying that this is my scholarship, on the very same day, essentially my aid from grants was cut in half. And it was absolutely devastating,” Patel says.

Patel was getting around $8,000 a year from the University of Illinois Urbana-Champaign, based on her financial need and her good grades.She got that money freshman year.

But sophomore year she won a scholarship through Scholarship America.

Charmi was thrilled, because now she could afford to quit her job and focus just on school. But then suddenly the university took back nearly $3,500 of the money originally committed to her.

"You go in with expectations and it's like they're being taken away one by one," Patel says.

They call what happened to Patel 'Scholarship Displacement.'

Here's how it works.

Universities only have so much grant money to work with. They try to be fair and give it to as many students as they can, based on good grades, financial need and other things.

But when a student comes in with a scholarship (or gets one later on) the university says hey, this student doesn't need as much money anymore, so we're going to give it to someone else.

On one side it does sound fair, but on the other side... for students who would have qualified for financial aid... it's basically erasing the scholarship they worked so hard to get.

"From their perspective they are trying to help as many students as possible. The problem is when you come to a single student it's a detriment to them," Scholarship America CEO Robert Ballard says.

Over the last 60 years Scholarship America has given out nearly $5 billion in scholarships to students across the country.

"They've worked hard for that scholarship and to have them taken away basically works against what we're trying to achieve," Ballard says.

Scholarship America is now speaking out against this practice and has created a list of universities that have agreed to stop doing it with their money.

Here in Minnesota there are six schools that have agreed to stop practicing Scholarship Displacement.

Nationwide, more than 300 other schools have also joined the list, but those schools have only agreed to not penalize Scholarship America recipients. Anyone with a scholarship from someone else may be out of luck unless they ask the right questions.

"Be your own best advocate, ask the questions. You know your circumstance better than anyone else," Ballard says.

One question to ask: Is grant money guaranteed all four years? If it is, if a student suddenly gets a scholarship in year two, three or four they won't be penalized.

It's a good idea to ask the university about scholarship displacement, and whether they engage in the practice. Even if the answer is yes, knowing about it beforehand will ensure there aren't any surprises later on.

You can also reach out to older students like Patel, who've seen the issue firsthand.

"I just hope that they understand that there is something called aid displacement and it's a huge issue," Patel says.

The state of Maryland made it illegal two years ago.

Here in Minnesota people are talking about it, but no law just yet.