How to stop robocall scams

Phones are lighting up with billions of these calls each month, and an estimated four of 10 are scams. Take KARE of Your Money shows you how to avoid them. 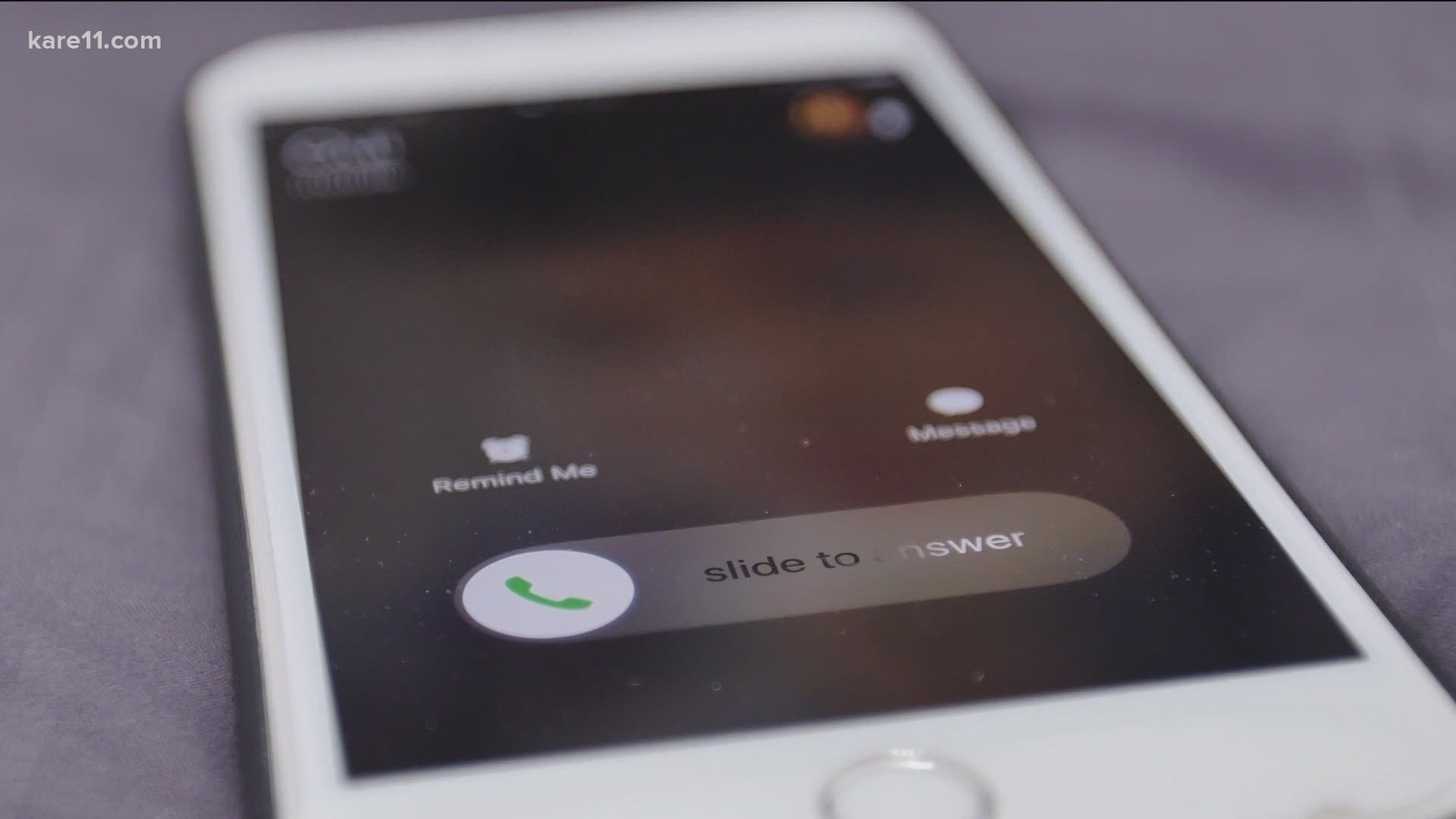 GOLDEN VALLEY, Minn. — It’s relentless.  Day in and day out, our phones are inundated with calls. Some seeming helpful, offering to lower your interest rate or help with your student loans.

Others are threatening, trying to trick consumers into believing the government is discontinuing social security benefits or the IRS needs to talk to you.

And it’s getting worse.

In April alone, it's estimated Americans received 4.4 billion robocalls, more than 6 million an hour, 1,700 every second.

About 41% of them were scam calls, according to robotracker.com.

And all too often, vulnerable people become victims.

Stancik says her grandmother was hounded by a ring based in Costa Rica. They didn’t stop until she’d mortgaged her house and cashed out her life insurance, leaving her with just $69 in her bank account.

“She was violated in every way. From losing all of her money and her life. They robbed it from her. Everything,” Stancik said.

And while her case may be extreme, she is not alone in being targeted or deceived.

Will Maxson with Federal Trade Commission says he gives his family this advice.

But wait – haven’t we done that already?  Why is the phone still ringing?

“It is not going to stop you from getting calls from scammers that are telling you they’re with the IRS or the Social Security Administration,” Maxson said “You know, those people are engaged in essentially hardcore fraud.”

Try downloading a call blocking app. There are a lot of free ones out there.

If you happen to answer a robocall, he says, don’t press any buttons or engage. Just hang up.

And Maxson says, as fruitless as it may seem, when you get an illegal robocall, tell the FTC about it.

“The more complaints we get, the easier it is for us to locate the people who are making those calls.”

Finally, experts say keep an eye on elderly or vulnerable family members and ask to check in on their finances.