Take KARE of Your Money: How one man ate for free for his entire birthday month

You know those birthday freebies and coupons you get? One man made the most of them, turning his special day into a special month. 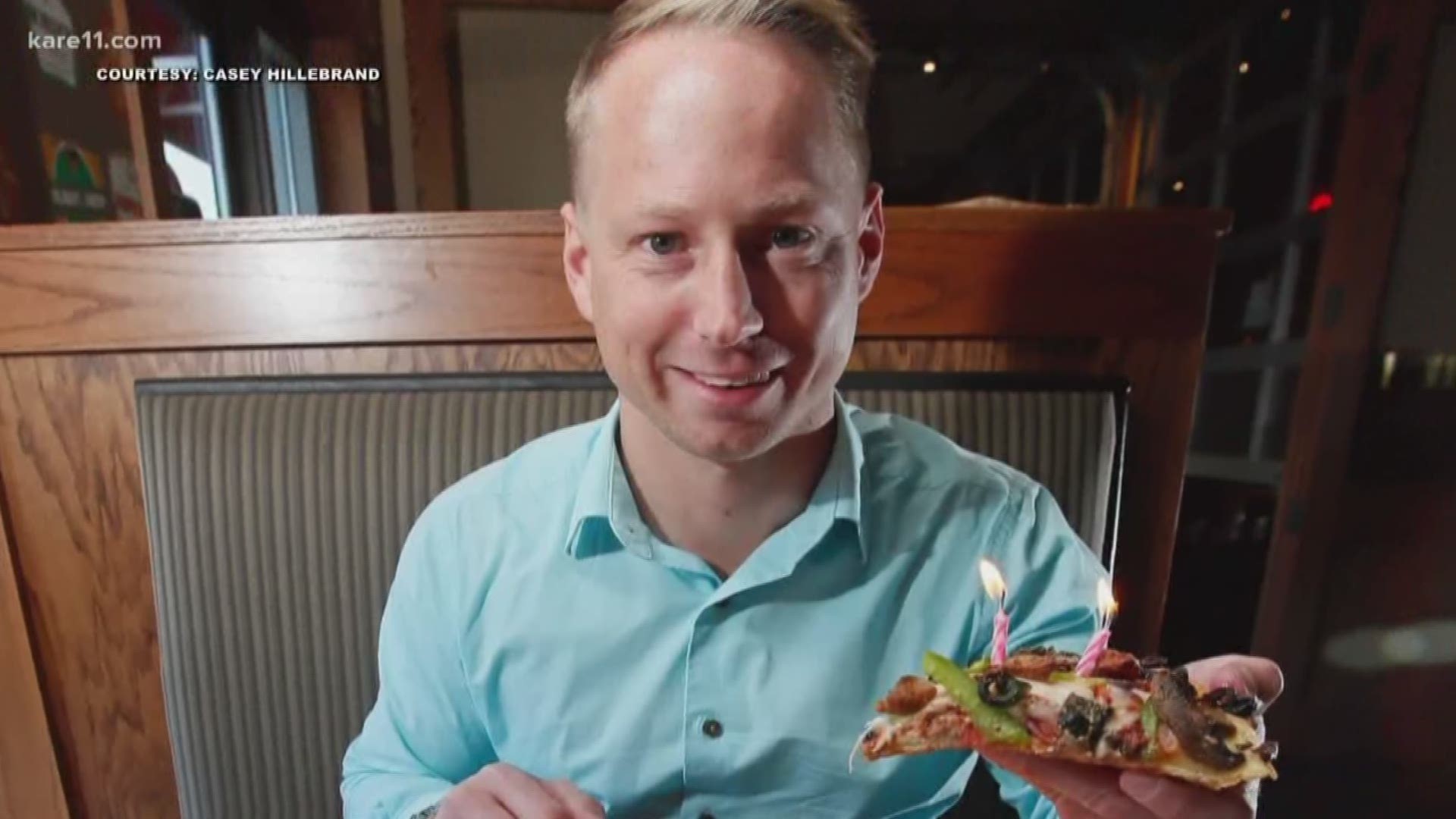 GOLDEN VALLEY, Minn. - So, you say it’s your birthday? Well, here’s a gift … OK, not really a gift -- more like some tips on how to make the most of your special day and turn it into a special month.

It’s courtesy of our new friend Casey Hillebrand of Fargo. He’s the guy that has mastered the "Birthday Marathon."

"I did it because it had to be fun, you get free food. I’m a frugal guy. I’m wearing a thrift store T-shirt for crying out loud," Hillebrand said.

This all started a couple of years ago when Casey decided to cash in on those birthday freebies you see. He wondered how many he could collect. It was a long day.

"When I started I thought you had to do it all in one day, but as time went on, I realized there’s coupons involved, and I saw there was expiration dates, and I’m thinking I can make this spread throughout a week, maybe two weeks, maybe a month,” he said.

And he did. Casey signed up for rewards programs, memberships and newsletters at every restaurant in town that had them. He downloaded apps and added himself to loyalty programs. He got free stuff for signing up and another one as a birthday bonus.

"You get two freebies!" Casey said.

If he sounds excited, it’s because he is. A month of free food saved him cash. He not only didn’t pay for the food he was eating out, but he also saved money on the groceries he didn’t buy.

Three hundred bucks worth of savings.

"I have a large amount of student loan debt and one of the many loans was about $275, so I ended up paying that off," Casey said. "It felt like a relief and now I’m about to snowball it into the next loan, so I just gotta keep it going, it felt so good."

Casey started off with pizza, moved to sub sandwiches, a Juicy Lucy, chicken and custard and donuts and well… you get the point.

All of it for free from both local and national chains. A frugal and delicious adventure that came with only one drawback.

"There was a few pounds gained, but I knew that going in, so I ended up telling myself that is going to be fun fat," Casey joked.