TKOYM: Remain vigilant while planning your next trip

Experts urge travelers to continue to take precautions with their health, while also monitoring potential policy changes that can come with certain travel deals. 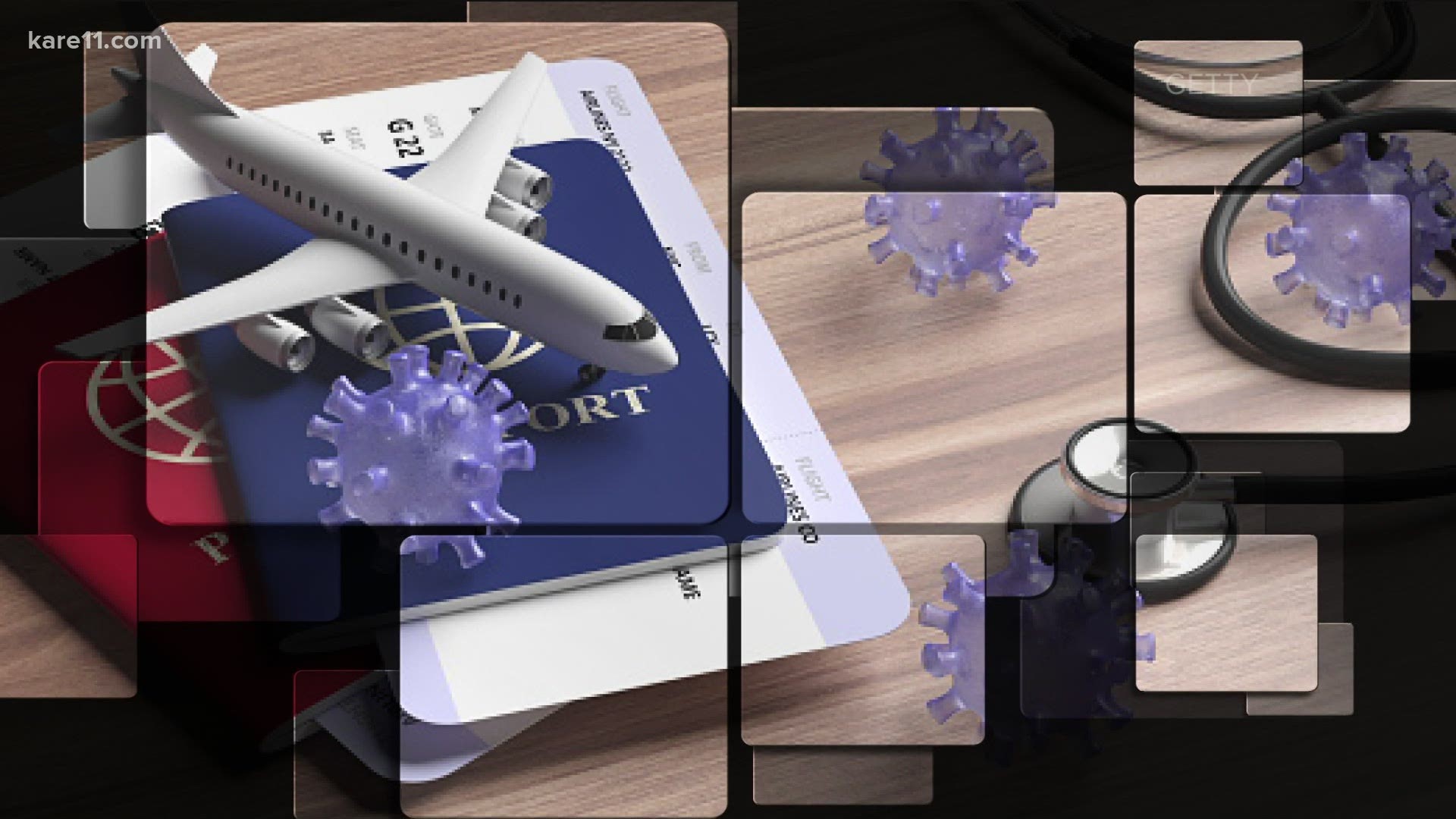 But the pandemic grounded all their plans, keeping them at their Lakeville home as they dreamed of more adventures.

"Between work and pleasure, I’ve probably traveled 10 times less than I did last year," said Chuck. "And it’s a real sense of depression."

That’s why the Gollops booked a Christmas trip to the Dominican Republic, one country that still allows U.S. travelers.

"We just decided to go ahead and do it, not necessarily because we were getting a good deal, but because it was good for us," said Sofya.

But is it good for both your health and your wallet? Travel agent Maria Anderson says some people just aren’t sure, like the Gollops, wanting to get away without getting sick.

"They are shopping," said Anderson, who owns Escape With Us Vacations in St Paul. "They are trying to figure out a plan. But they are still skittish."

Skittish, since the Centers for Disease Control doesn’t advise against travel, but does give Americans a long list of precautions like wearing a mask, avoiding close contact and washing your hands.

Experts also say you should be extra careful in security lines, terminals and public transit where risks could be higher. But the CDC says flying is safe, saying viruses and germs don’t easily spread on flights because of how airplane air is filtered and circulated. And Anderson says both airlines and airports are going the extra mile.

"If somebody had a higher temperature (in security lines, TSA agents) would just pull them out of the crowd and deal with that separately but every one else is just allowed to walk through," said Anderson.

Yet some travelers simply won’t take the risk, which means those who will could get great deals, often 30 or even 40% less than last year. But Anderson warns you have to be cautious, since sometimes you really do get what you pay for.

"Oftentimes the lowest rates are the nonrefundable rates," said Anderson. "And you can pay a little more in order to have free cancellations up to one day prior to travel. So that’s a big deal."

Experts also say you should check policies to change and cancel, and know you might get a voucher rather than a refund. They say you should always book with a credit card since they’re usually more helpful with disputes, and say travel insurance is a must, especially now.

"It's obviously a little more than you want to spend, but the peace of mind that you can get a refund should you want to cancel is definitely worth it," said Anderson.

Chuck and Sofya agree, hoping their first big trip in a year of uncertainty will be everything they pictured.

"I'm going to be as careful as possible going through airports," said Sofya, "But that’s what my choice is going to be."