TKOYM: The latest, greatest ways to sell your stuff

There are all kinds of electronic options out there, but with all the different sites, which is the best, for which items, and why? 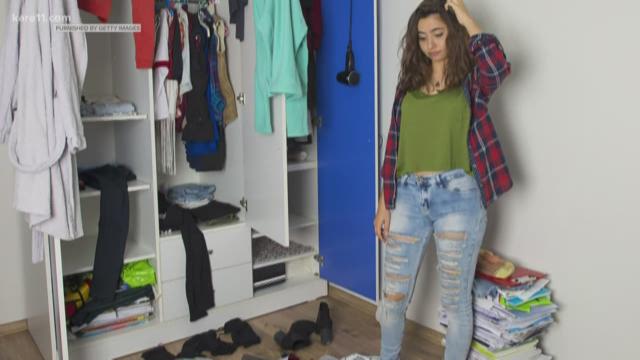 GOLDEN VALLEY, Minn. — Selling some of your stuff is always a good way to make some extra cash without having to go out and get another job. It used to be simple... put up a few tables and have a good old fashioned garage sale.

No more. There are all kinds of electronic options out there,, but with all the different sites, which is the best, for which items, and why? We talked with some successful sellers for insight.

Friends Trish Sweeney and Antionette Golinghorst have had a lot of luck with Facebook Marketplace. In fact, Trish sold her Nissan Murano on the social site before Marketplace even existed.

“There it went. I was like alright, let's meet at the DMV, and get this done. It was pretty simple, and we got more than trade-in value,” says Sweeney.

Facebook Marketplace is only a couple years old, but it makes sense. I mean nearly everybody, and their grandma is on the site, so you've got a built-in audience. Antoinette, who has three kids, has had luck selling baby stuff like a stroller.

"That thing sold in minutes for probably a few hundred dollars less than my 800 dollar spend, so to get that much use out of it, and get that much money back, I was like, oh, okay, now I'm on to something,” she says.

Facebook may be big but it's certainly not the only game in town. Perhaps you've seen the fairly comical commercials for Let go? You can post anything you want to let go of, from furniture to old phones.

Craigslist has been around for more than 20 years, and with some 20 billion page views every month worldwide, it's a got big audience to sell your stuff.

Maybe the world occupied by Craigslist is just too big for you. Some newcomers have started more hyperlocal selling opportunities so you can skip the shipping and all that jazz.

The neighborhood networking site Nextdoor is a good place to sell local, as is a site called 5 Miles, which like the name implies, is supposed to give you an audience super close to where you live. Offer Up is an app that encourages buying/selling local, but you can search for whatever your heart desires regardless of location.

I've never met anyone who sells more stuff than KARE’S senior executive producer Cindy Chapman. She has been able to pay for her daughter's college education with her side-hustle... no joke.

"I started out selling stuff that I called junk, but furniture, and all sorts of knick-knacks and things, and then I moved on to clothes,” says Chapman.

Cindy is now a big hit on Poshmark, a site that has 110,000 followers and growing. If you've got fancy clothes to unload Poshmark is for you, but they don't HAVE to be fancy.

Thred Up is also a clothing specific site. It declares itself to be the largest online consignment and thrift store. And, if you're specifically looking to get rid of old gadgets, Decluttr is the place for technology. They'll actually just buy it from you.

What if you just want to get rid of it all at once...not item by item, but a total purge. Perhaps a good old-fashioned garage sale is the way to go, but maybe don't call it a garage sale.

"If you're moving, I call it a moving sale. If you're selling a lot of dead relative's items, I call it an estate sale. I will call something a tag sale, which sounds a little bit more high-end than a garage sale,” says Ava Seavey.

Seavey knows of what she speaks. She wrote the book “Ava’s Guide to Garage Sale Gold.” Seavy says it’s all about the marketing: Advertise it on Facebook and Nextdoor, even in the local paper. Have good signage, and make sure everything is tagged and ready to go.

Planning a garage sale? Ava’s has a great list of tips that will help make your sale more successful.

No matter which route you go, it's certainly worth a shot to try and sell. More people than ever are doing it... and it's another way to reuse and recycle... so you're doing good things for your wallet, AND the environment.