According to ICE, 133 employees believed to be victims of the alleged crimes were arrested for immigration violations. 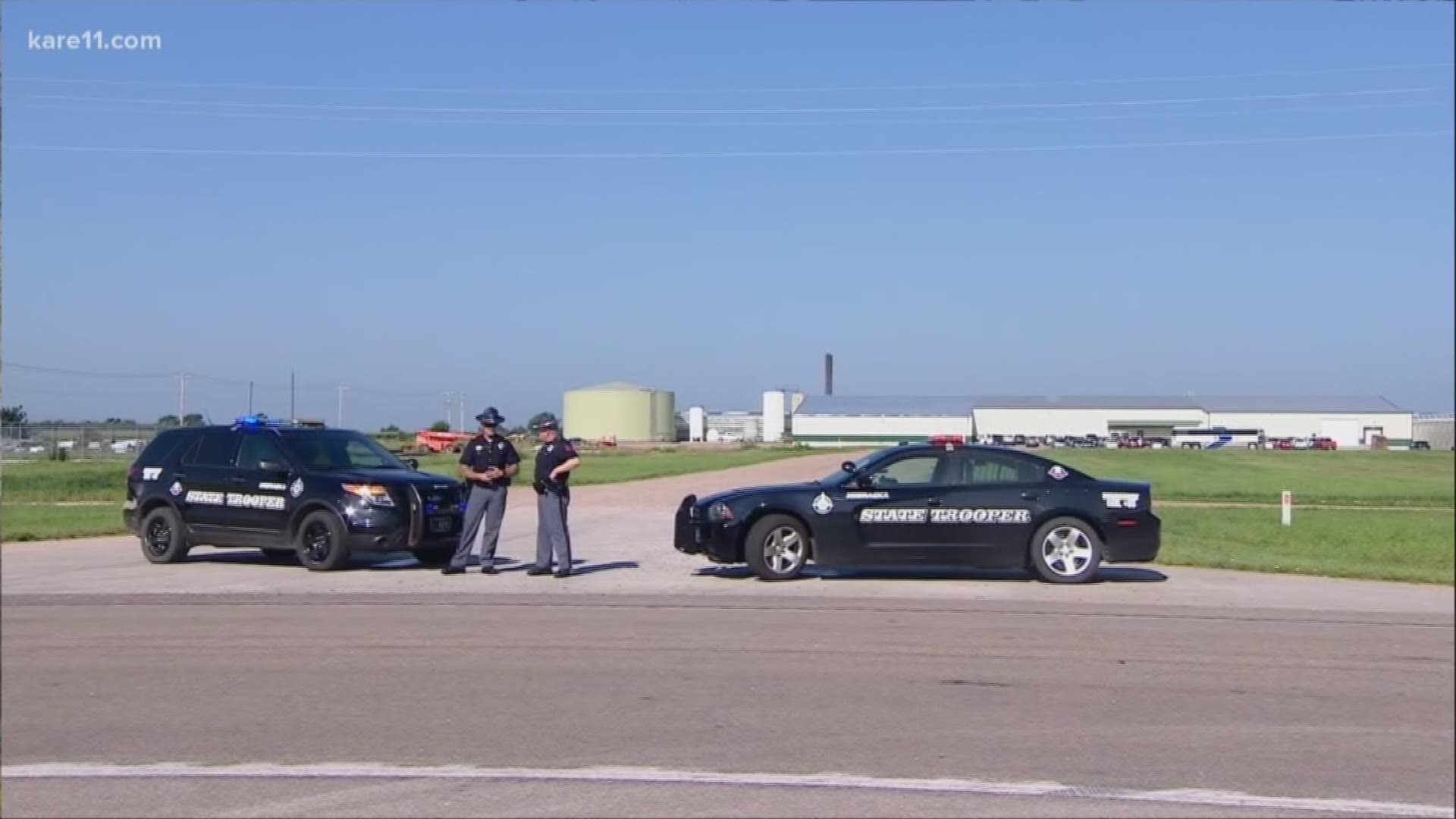 SLEEPY EYE, Minn. - A large federal law enforcement operation has targeted businesses in Minnesota and Nebraska that officials say knowingly hired - and mistreated - immigrants who are in the U.S. illegally.

The investigative arm of U.S. Immigrations and Customs Enforcement led the operation Wednesday that saw 14 business owners and managers and 133 workers arrested. ICE reports that search warrants were served at Christensen Farms locations in Appleton and Sleepy Eye, Minnesota, as well as in Atkinson, Nebraska. Several other Nebraska farms were raided, as well.

According to ICE, the 133 employees arrested were detained for immigration violations and said to be "unlawfully working" at the businesses. In a press release, ICE reported that "they may also have been exploited as part of this alleged criminal conspiracy."

The release stated that those people will be either issued notices to appear before a federal immigration judge, or remain in ICE custody pending immigration court proceedings.

According to the ICE release, "authorities suspect the illegal aliens who were knowingly hired as part of this alleged conspiracy were exploited by the conspirators through force, coercion, or threat of arrest and/or deportation. Specifically, these illegal aliens were allegedly required to cash their paychecks at an illegal remittance business for a fee, have tax money deducted from their pay even though this money was never paid to the government, and were coerced to remain quiet about this criminal activity."

Homeland Security Investigations special agent in charge Tracy Cormier described the operation as one of the largest in its 15-year history.

Cormier says the focus of the operation is a business that knowingly offered for hire immigrants in the country illegally to other businesses, including farms, meat processors, grain companies and restaurants. Cormier says owners and operators of those businesses that hired the immigrants also were targeted for arrest.

"At Christensen Farms, we value our diverse work force and those that work hard every day to put food on the table here in the US, and across the globe. Today, Wednesday, August 8, Christensen Farms’ locations were visited by the United States Department of Homeland Security division of Immigration and Customs Enforcement (“ICE”). Locations included the Christensen Farms’ Sleepy Eye Campus (office, feed mill, truck wash), Appleton, Minn. Truck Wash, and one Nebraska farm. The purpose of this visit was to verify lawful employment within the United States. Our entire team of employees is fully cooperating with the investigation and we are aware of no wrongdoing at this time. We recognize and appreciate the important role the Department of Homeland Security has in keeping all of us safe. We are confident in the processes we have in place to ensure we are fulfilling our legal obligations in our employment decisions."