Two boys owe their lives to quick thinking and team work, after being swept downstream in a swollen Mississippi River near Raspberry Island in St. Paul. 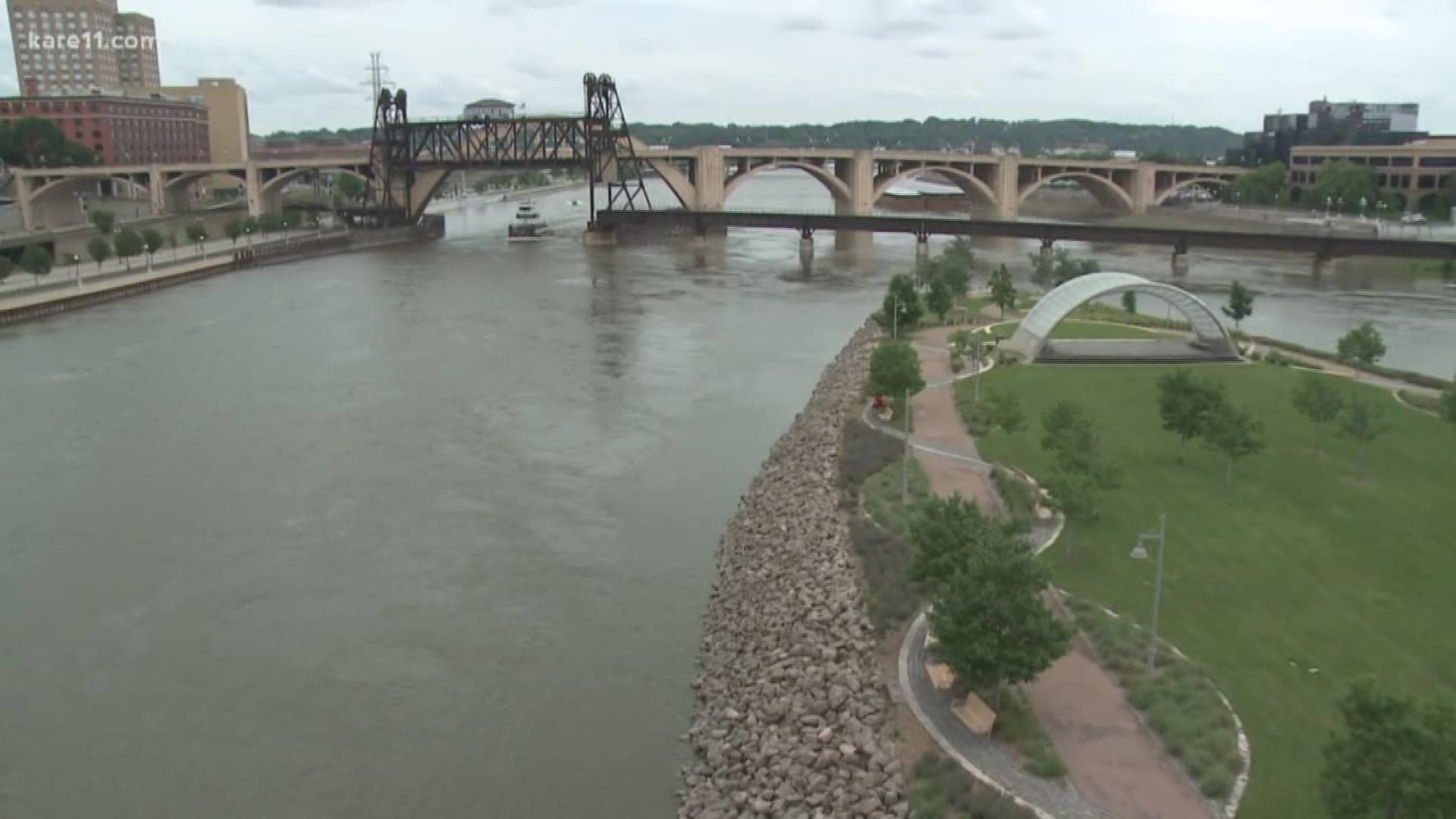 ST. PAUL, Minn. - The Mississippi River is often referred to as a working river, and sometimes those workers must drop what they're doing and save some lives.

Such was the case Thursday in Saint Paul when a 10-year-old boy slipped into the river at Raspberry Island and was carried away downstream. His 14-year-old cousin jumped in after him and was always swept away by the strong current.

A Union Pacific track crew happened to be on the railroad bridge nearby and threw a ring buoy into the water to the 14-year-old boy. Other crew members then grabbed a boat tied to a nearby dock, and paddled out to the youngster.

"They realized there was a problem, stopped what they were doing, and then commandeered a boat, and went out and rendered aid, and pulled him into the boat," District Chief Alan Gabriele of the Saint Paul Fire Dept. explained.

"So those guys are really the real heroes here."

The 10-year-old, in the meantime, was in also in a precarious position downstream, wedged between two barges. He was at a genuine risk of being sucked under one of the barges, which could've easily been fatal.

"Ben fired the boat up and we all grabbed our life jackets and just headed out right away," Sandidge recalled.

Kohl said it was very emotional for him because he has a grandson the same age as the stranded boy.

The trio, and their manager, Lee Nelson, had to carefully maneuver the tow boat into the small opening between the barges to get close enough to the lad to pull him aboard.

"He was praying most of the time. And I think he said a couple times he’s never gonna do this again," Sandidge said.

Kohl and Brooks were recently part of a group of people honored by the Coast Guard and the City of St. Paul for rescuing another jumper.

"At least they’re coming up alive. We’ve dealt with a lot of dead bodies, unfortunately, here along the river."

The boat the Union Pacific crew used wasn't powered, so it also drifted downstream after they pulled the 14-year-old aboard. That boat ended up Upper River Services, and was towed back by the St. Paul Fire Dept. rescue boat.

"He was relieved when we told him his cousin was safe," Kohl remarked. "That really helped calm him down."

Both boys were treated at the scene by paramedics and then released to their parents.

They were saved thanks to quick thinking, team work and some divine intervention.