Two people were killed in a head-on crash in Waite Park Monday evening. 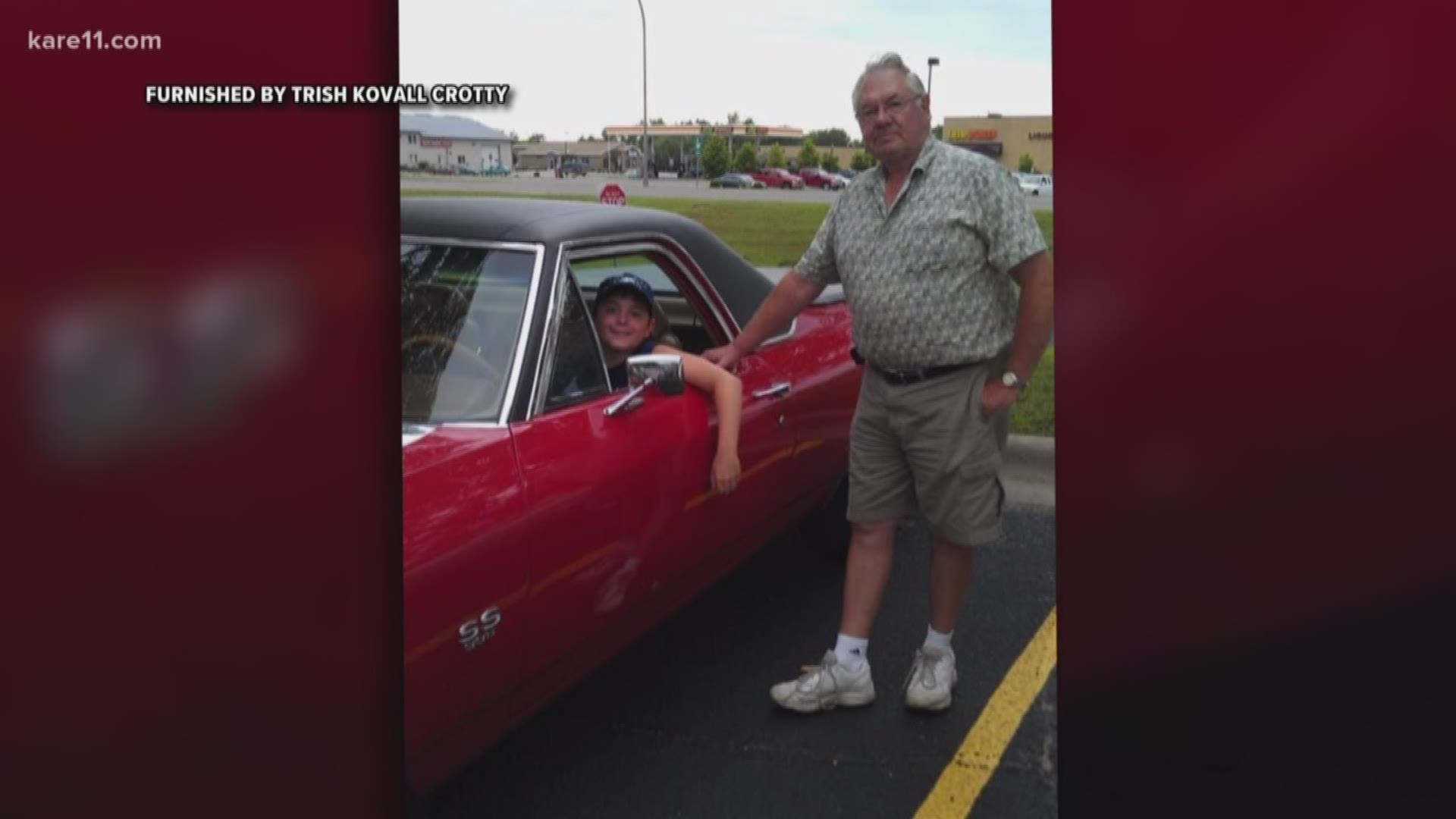 The accident happened around 7:15 p.m. on Division Street West near 4th Avenue South.

According to police, a Chevrolet Malibu traveling westbound in the eastbound lane collided head-on with a 1970 Chevrolet El Camino traveling east on Division Street West.

The driver of the El Camino died at the scene of the crash. A passenger in the El Camino was taken to St. Cloud Hospital where he later died of his injuries.

The victims of the crash have been identified as Richard Tomlinson, 61, of Grantsburg, Wis. and Roger Nelson, 77, of Clearwater, Minn.

Tomlinson was driving the El Camino and was in Waite Park to test drive the car to possibly purchase it from Nelson.

"He was proud of that car," said Butch Liestman, Nelson's longtime friend and neighbor. "He loved to go to the car shows and he'd bring it out and get it out and polish it up and away he'd go."

Liestman says the Clearwater community is still shocked by Nelson's death and left with many unanswered questions.

"It's just hard to accept the fact when things happen that way," he said. "You know, you just say, 'Why?'"

Waite Park Police Chief David Bentrud says the driver of the vehicle is a 28-year-old man from St. Cloud. He remains hospitalized and is being guarded by officers. Bentrud says he will be transported to Stearns County Jail upon his release from the hospital.

"Speed was clearly a factor, We won't know how fast until the reconstruction is done," Bentrud said. "We don't have crashes that violent in town."

Bentrud says the suspect is likely to face charges of Criminal Vehicular Operation, Reckless Driving and Violation of a Protection Order.

Bentrud says the suspect was arrested on Sunday on a Protection Order Violation, released Monday morning and then allegedly violated the order again hours later, just prior to the crash.