See and hear how a tornado devastated, and then rejuvenated, St Peter and Gustavus Adolphus College. 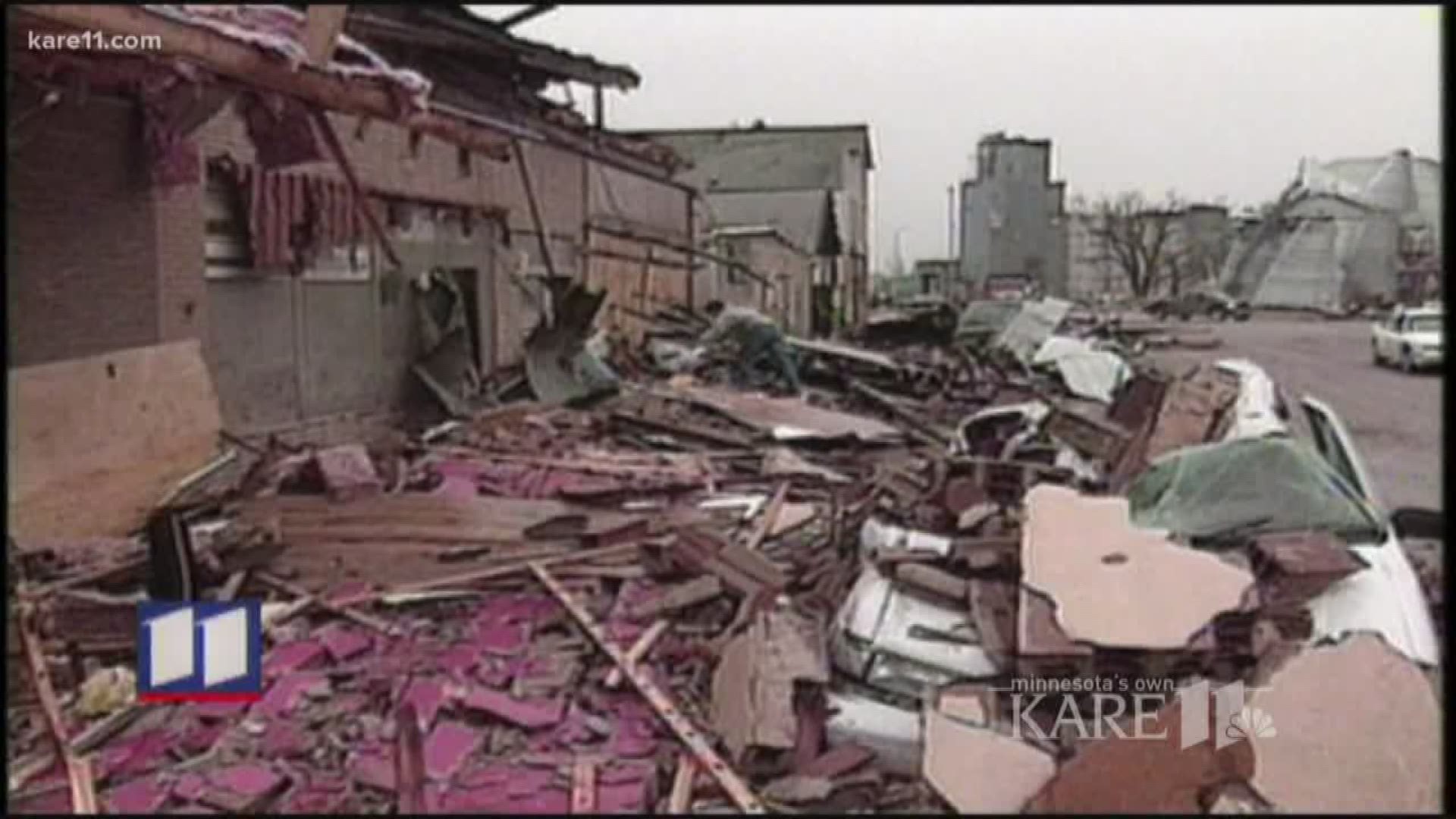 ST. PETER, Minn. -The town of St. Peter will recognize a pivotal 20 year anniversary on Thursday.

The town was devastated by an EF-3 tornado in 1998, that was part of a massive storm system that produced 14 tornadoes, killing 2 people and injuring 21 others.

The tornado that hit St Peter destroyed more than 200 homes and businesses.

"None of this building was here," said Dr. Blake Dirks, owner of St. Peter Eyecare Center. "No roof, no anything, but just this door and the frame was there."

Dirks owned a couple of buildings on main street that were heavily damaged by the storm, but at a time when there was widespread devastation, he decided to reinvest in his community. He expanded his business and helped rebuild another building on the edge of town as well.

"I thought, you know, this is an opportunity for me to rebuild here," Dirks said.

"You could not see the college from below the hill before the tornado," said Tim Kennedy, VP of marketing for the college.

The tornado destroyed or damaged nearly ever building on campus, even toppling the iconic steeple that stood as the focal point.

"It is meant to see the faith that Gustavus is built on with the Lutheran church, and to see that bent in half and lying on the ground was striking," Kennedy said.

But just as striking was the campus and community response to the devastation. Countless students, staff and volunteers helped pick up the pieces. Three weeks after the tornado, the college resumed classes.

"You can see now, and you can see how things have been built up on campus," Kennedy said. "20 years later we took what was an unfortunate happenstance and turned it into something that is really good."

The St Peter community will mark the 20th anniversary of the tornado with a ceremony at the new St Peter High School at 5:15 on Thursday.