At 59, KJ Millhone knows the world record for canoeing down the Mississippi is a lofty goal. But he has experience and a great team on his side. 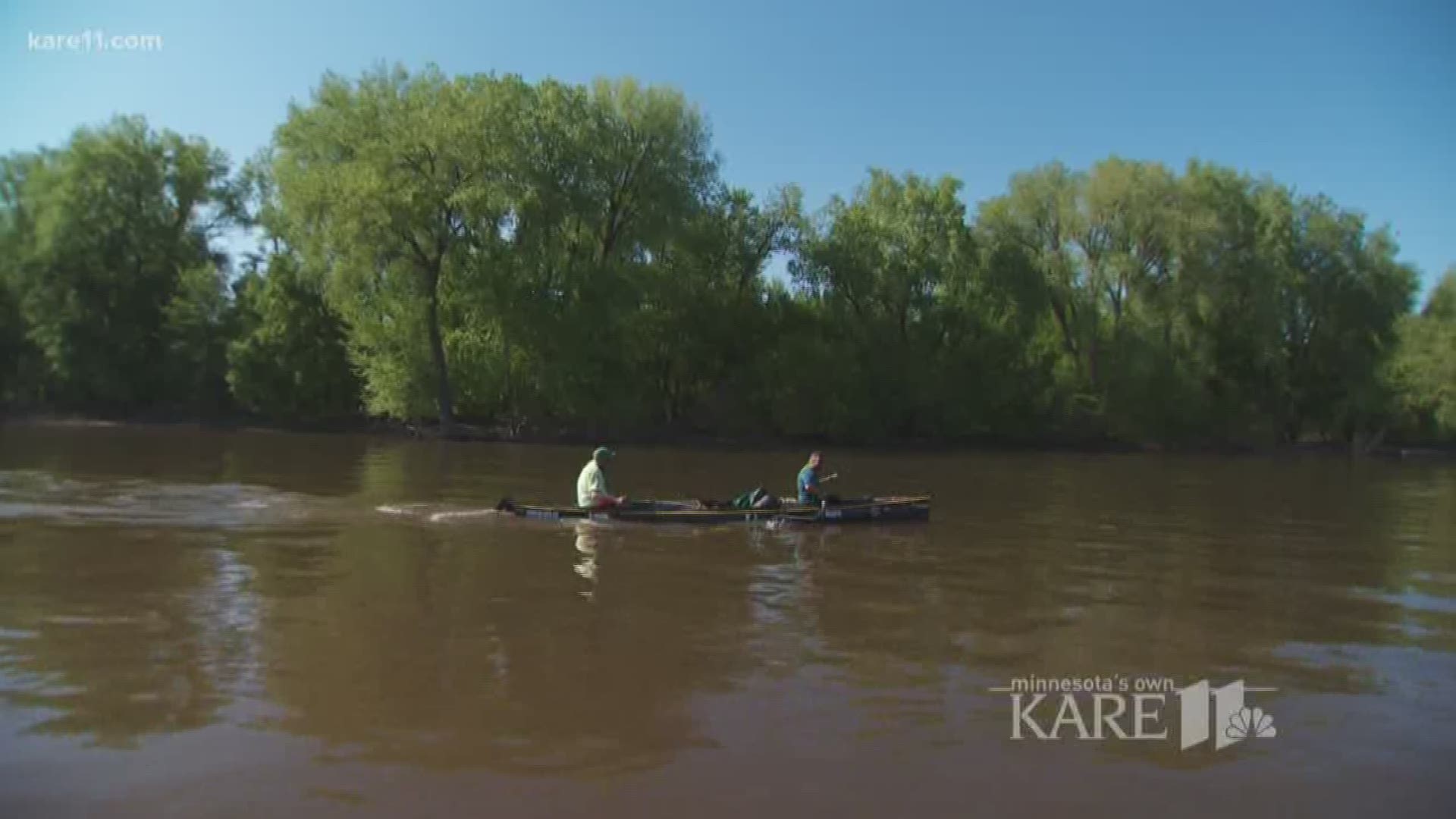 HASTINGS, Minn. - A Minnesotan and two Floridians are well on their way to an ambitious goal, canoeing the length of the Mississippi River faster than anyone has before.

"We are trying to set the world record," said 59-year-old KJ Millhone, of Minnetonka. "We started last Thursday morning at 6:00 at Lake Itasca. We've been going 24/7 ever since."

Millhone has two teammates on the journey, Kevin Eckelcamp and Nate Lastinger. Together they take turns paddling and sleeping.

Eckelcamp, who was sleeping in the middle seat of the canoe during the KARE 11 interview, is the bond tying the team together.

"His uncle (canoed the Mississippi) with KJ back in 1980," Lastinger said.

"I said then I would never do it again," Millhone said. "Apparently I'm not smarter with age."

In 1980, KJ and Steve Eckelcamp didn't just make the 23 hundred mile trip, they set the world record, finishing in 35 days.

"We were a good team," Millhone said.

But last year, KJ lost his teammate to a heart attack, which is part of what brought this team together.

"My son had a heart transplant at 3 weeks old," Lastinger said. "It was kind of a no-brainer for me."

The team is now raising awareness and for the American Heart Association, and the organization will also receive a portion of the proceeds raised through the team's GoFundMe page.

To reclaim the record they'll need to make it in less than 18 days, but this time they have plenty of fuel.

"I do it now to remember my friend," Millhone said.