By December, the researchers will put out a final list of recommendations from their study to share with other lake communities across Minnesota. 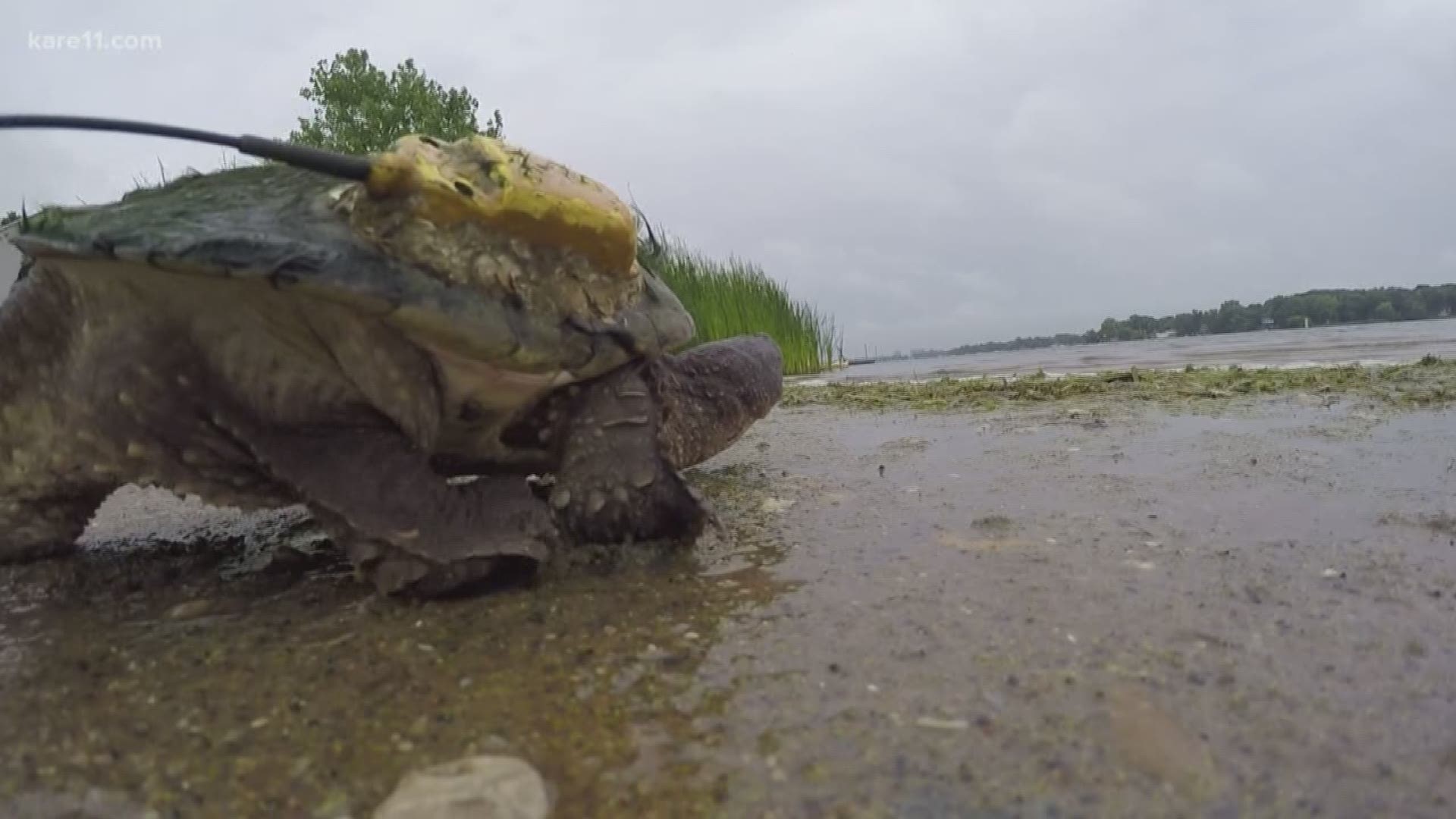 Over the course of three years they studied three types of turtles: snappers, painted and soft shell turtles. Their study found that the soft shells were the fastest movers, and would cover the entire lake in a day.

"With the snappers and the painted turtles they tend to be on the edges with the cat tails and other vegetation, and they just move short distances on a daily basis," said John Moriarty, Three Rivers Park District's Senior Manager for Wildlife.

Along a developed lake, the habitat changes. You lose the sandy shoreline and in its place get rock walls or other structures, which can be a problem for the turtles.

"The soft shells are dependent on sand. To have successful nesting, you need areas where they can get out of the lake fairly easily. Basically trying to maintain a natural shoreline is real important," said Moriarty.

Another question they had when the study began was, how do wintertime road salts affect the water quality for the turtles?

"We are still analyzing that," said Moriarty. "There is still a little bit of water sampling taking place. So far we haven't found that the water chemistry has affected the turtles that much."

By December, the researchers will put out a final list of recommendations from their study to share with other lake communities across Minnesota. Even though the study is winding down, they will still maintain a nesting area along the beach on the north side of Medicine Lake for future generations of turtles to use.