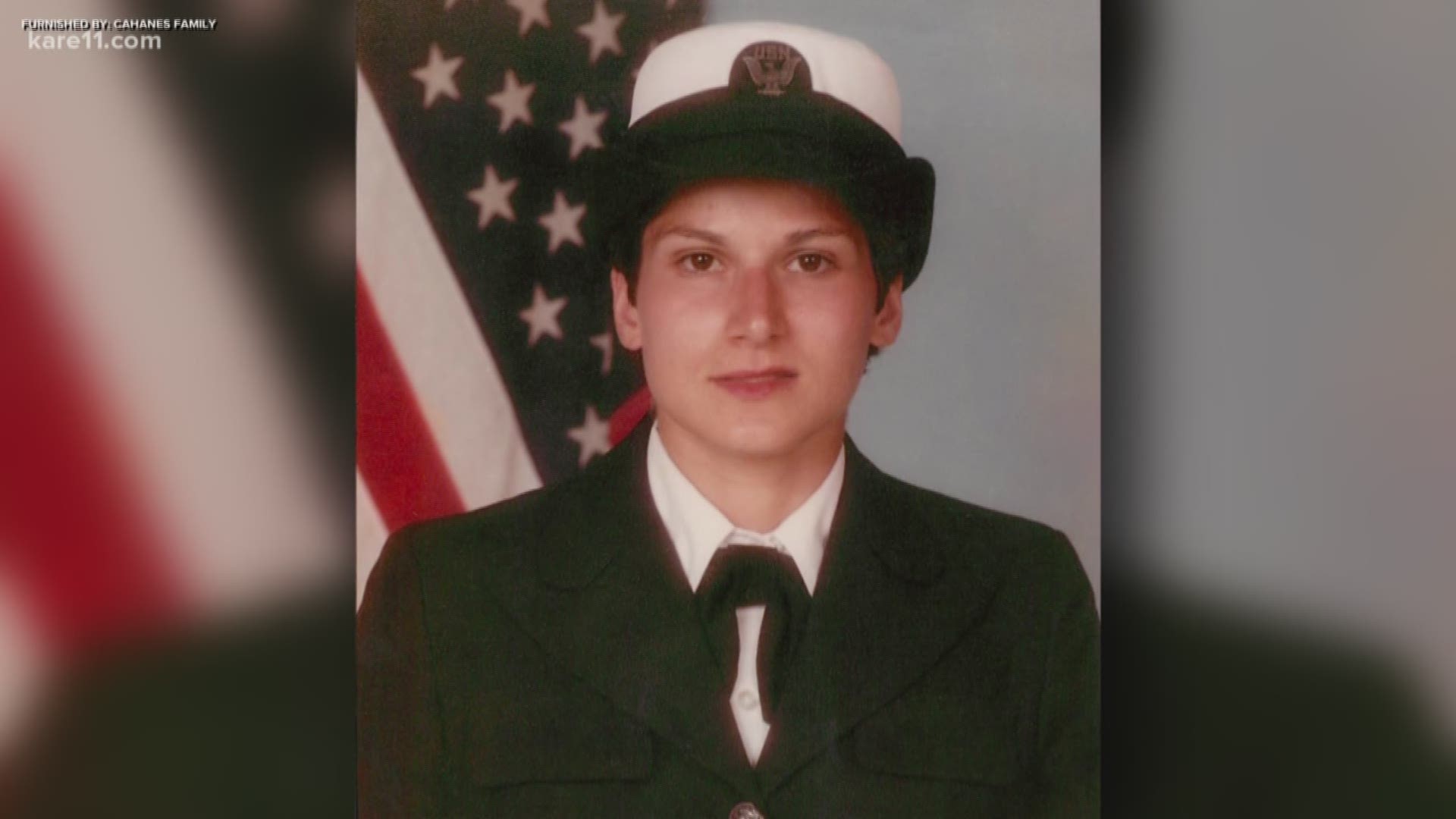 LAKE ELMO - In May 1984, Pamela Cahanes bid farewell to her seven brothers and sisters in Minnesota to embark on a cross-country journey to Florida.

She would be joining the United States Navy.

Cahanes had grown up in a loving, tight-knit farm family outside Stillwater, the second-youngest of the eight siblings, before moving to St. Paul to work for a publishing company. But now, at the age of 25, she wanted more. The Navy offered a chance to explore the world, so Cahanes — with the blessings of her parents — reported to boot camp in Orlando, well-prepared for military service thanks to her upbringing on the family farm.

Cahanes made it through two months of training when her family learned she would not be coming home.

A driver found Cahanes' body in the lawn of an abandoned home near Sanford, Fla., on Aug. 5, 1984. Nobody had any clue how she'd ended up a half-hour north of the naval training center in Orlando. Police said she'd been strangled and beaten. They figured the suspect was probably connected to the training base in some way, but no obvious suspects or persons of interest emerged during the early days of the investigation. According to an Orlando Sentinel report published Aug. 12, 1984, investigators were "unable to determine close friends" because most of Cahanes' classmates had left Orlando a week earlier.

Back home in Minnesota, Cahanes' family could not fathom why anyone would want to hurt Pam.

"She didn't deserve this," said her sister, Eileen Cahanes Bergmann. "No woman does."

The family spent the next 34 years in agony.

Investigators in Seminole County, Fla., worked diligently on the case but never made an arrest. Several years ago, the family got a tip the suspect might be arrested, but in a demoralizing twist, it turned out to be false. Bergmann admits she lost some hope after that debacle.

Even so, as she was falling asleep sometimes at night, Bergmann would pray she'd someday learn the circumstances surrounding her little sister's death.

"Your life goes on," Bergmann said, "but over the 34 years, she's always in the back of your mind."

This Sunday, a detective with the Seminole County Sheriff's Department texted Cahanes' family to arrange an in-person visit in Minnesota, where five of the siblings still live (another lives in Canada, while one other lives in California). The detective didn't give a reason, but the family anticipated an informal meeting that might provide a few updates on the case.

Four days later, with the siblings gathered at Bergmann's house on Thursday morning, the investigator walked in and said she wanted to show them a video.

"And it's a video of him being arrested," youngest sibling Annette Cahanes Lindeman said, "with cops and her handcuffing him and telling him, 'You are under arrest for murdering Pamela Cahones in 1984.'"

A suspect was in custody.

It took a moment for the siblings to process the news.

"Overjoyed. Overwhelmed. I don't even know all the emotions I have," Bergmann said. "I've not tapped into them all. Unbelievable."

Investigators explained in detail how they arrested the suspect; they even visited Pamela's grave at Fort Snelling to pay tribute.

An hour later, the arrest went public when police held a news conference in Florida.

"I just figured, she'd never lay at rest until we caught the one that did it," brother Jerry Cahones said. "I'm so happy that came today."

But the arrest is only the beginning.

The family still has 34 years worth of questions they want answered.

The suspect's name is Thomas Lewis Garner, a 59-year-old dental hygienist who worked at the training center at the same time as Pamela Cahones, according to investigators. He appeared in court Thursday for the first time, facing a first-degree murder charge.

Investigators arrested Garner in Jacksonville, where he's been living for many years.

"He was probably under the belief," Seminole County Sheriff Dennis M. Lemma said, "that he was getting away with murder."

Police have not offered a motive, nor have they revealed how — or if — Garner and Pamela Cahanes knew each other through the naval training center. Garner does not appear to have an attorney yet.

Investigators did, however, tell the public that they identified Garner by building a DNA family tree. Using GEDmatch, a public genealogy database familiar to law enforcement, the investigators in the Cahanes case discovered shared DNA linked to Garner. Then, detectives trailed Garner earlier this year and picked up a "personal item" of his — they won't reveal what kind — to compare the item's DNA to the evidence preserved in the 1984 murder.

It was a match.

If he's convicted, Garner would likely spend the rest of his life in prison.

"He needs to spend his time," Bergmann said. "We haven't had (my sister) for 34 years. So, for him? 34 years without something would be great for me."

Bergmann's son, who was 11 years old when his aunt died, put up the billboard for the whole community to see. Many neighbors, friends and old classmates from Stillwater High have remained invested in the case all these years.

"It'll stay up there for a while," Bergmann said. "We no longer have our mom and dad, and it would have been nice to be able to share it and let them enjoy this moment. But I'm glad it came for all of us."

Bergmann said most of her emotions have been positive, filled largely with joy and relief.

Still, news of the arrest on Thursday undoubtedly brought up some long-standing, devastating memories for the family.

"Brings you right back to that same day," Jerry Cahanes said, "when you heard the bad news."

After three decades of uncertainty, these seven siblings from Minnesota now have a suspect to blame for their years of pain.

"He took a beautiful, innocent girl that had a whole life to live," Bermann said. "I sit and sometimes wonder, 'would she be married? How many children?'"

And she wonders what her sister Pam would have to say about all of this.