390 cases of chickenpox reported in MN this year 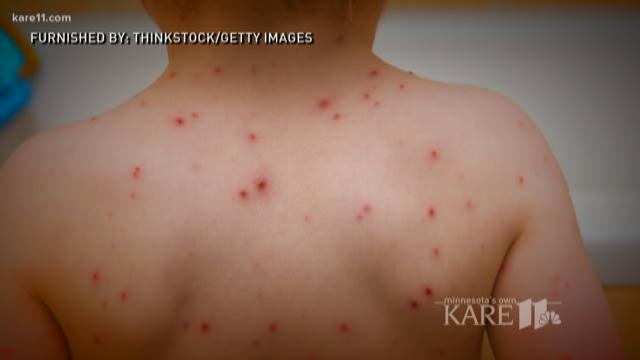 MINNEAPOLIS - Health officials say there's been an uptick in the number of cases of chickenpox they've seen this year -- something they haven't seen since 2013.

The Minnesota Department of Health spokesperson Doug Schultz said there has been 390 cases of chickenpox reported to the department this year.

This is the highest number of cases the state department has seen since 2013, when 478 cases were reported.

Most outbreaks typically occur in charter or private schools, Schultz said, where there is a higher percentage of unvaccinated children. But the "vast majority of cases are individual, sporadic cases or small clusters of two or three that are linked."

There's no "chickenpox season," Schultz said. Unlike the flu, chickenpox can appear throughout the year.