5 things to know about the Golden State Killer's case

ABC10's Walt Gray sat down with criminal defense attorney Don Heller to learn more about what's next for the suspect as he awaits his legal fate. 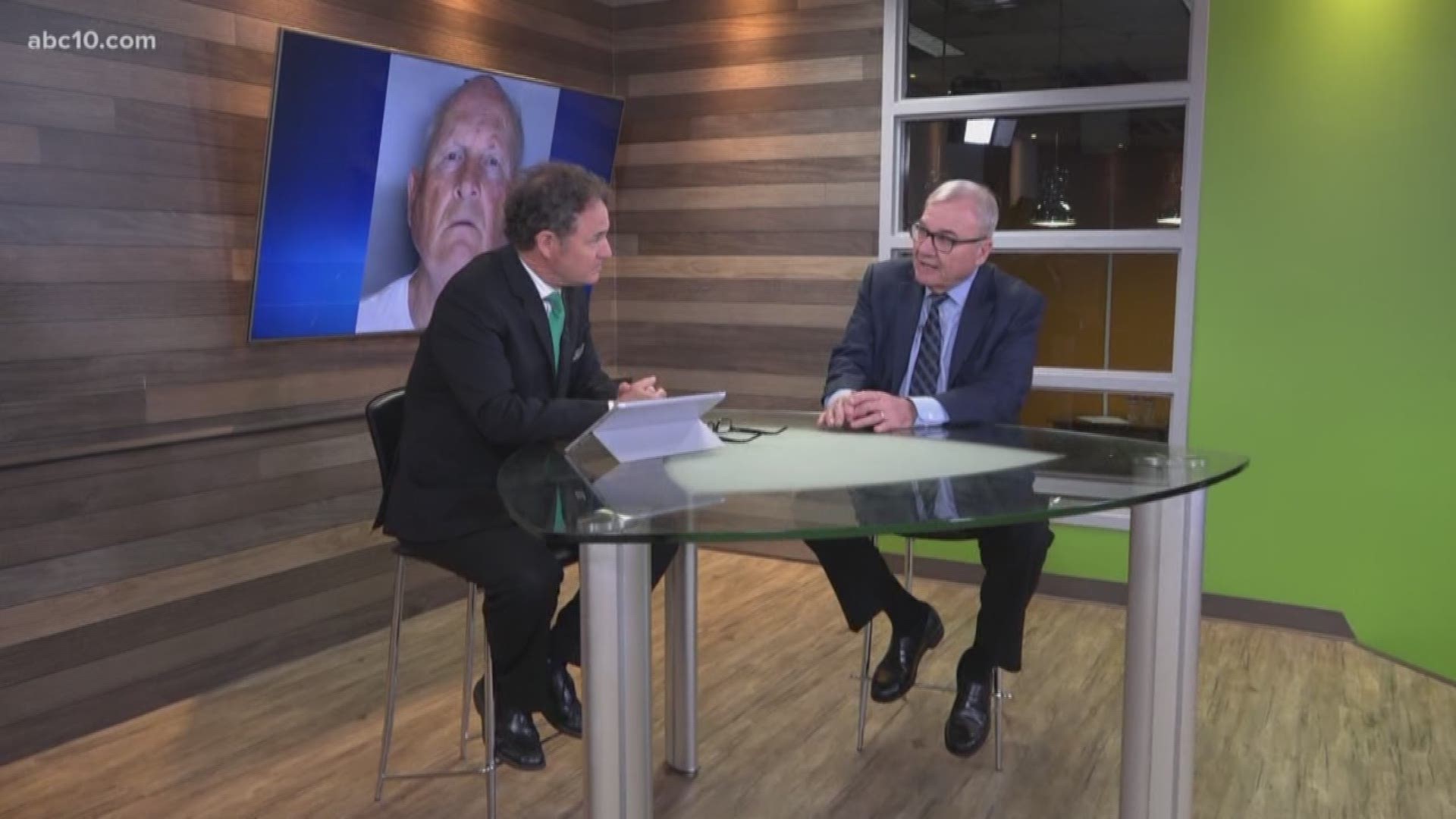 The suspected Golden State Killer is finally facing a judge for his alleged crimes.

Joseph James DeAngelo, 72, was arrested Tuesday at his Citrus Heights home in connection to at least 12 murders, 45 rapes and dozens of burglaries committed across the state in the 1970's and 80's. The suspect was known as the Golden State Killer, East Area Rapist and the Original Night Stalker.

ABC10's Walt Gray sat down with criminal defense attorney Don Heller to learn more about what's next for the suspect as he awaits his legal fate.

Here are 5 things to know:

1. The East Area Rapist could avoid the death penalty. Although he faces eight counts of murder, a defense attorney could help him negotiate a better sentence than the death penalty due to his older age. Heller explained that the typical between conviction and execution is 30 years, so the Golden State Killer may be able to give up unsolved crimes for a deal.

2. The location of the trial is still undecided. Heller said there will be no more than two trials and they could be set in Orange County, Ventura County or Sacramento County, where the majority of the crimes were committed.

3. The trial won't be taking place any time soon. It could be one or two years until a trial begins. Just because there is a DNA connection, doesn't make it a clear cut case. The defense team still needs time to prepare for trial.

4. Genealogy plays a major role in this case. Investigators used a free genealogy website to connect the killer's to the crimes. Lead investigator Paul Holes said authorities didn't need a court order to access GEDMatch's large database. Heller explained, the information collected about the East Area Rapist's distant relatives from the site was enough to move the case forward.

5. He can only be prosecuted for murder. There is no statute of limitations on murder, but the deadline to file criminal charges in rape cases would have expired years ago. California law eliminated the statute of limitations for rape charges last year. However, that only applies to crimes committed after Jan. 1, 2017.