The six cases have been classified as Acute flaccid myelitis (AFM) and were reported in children under 10 years old. 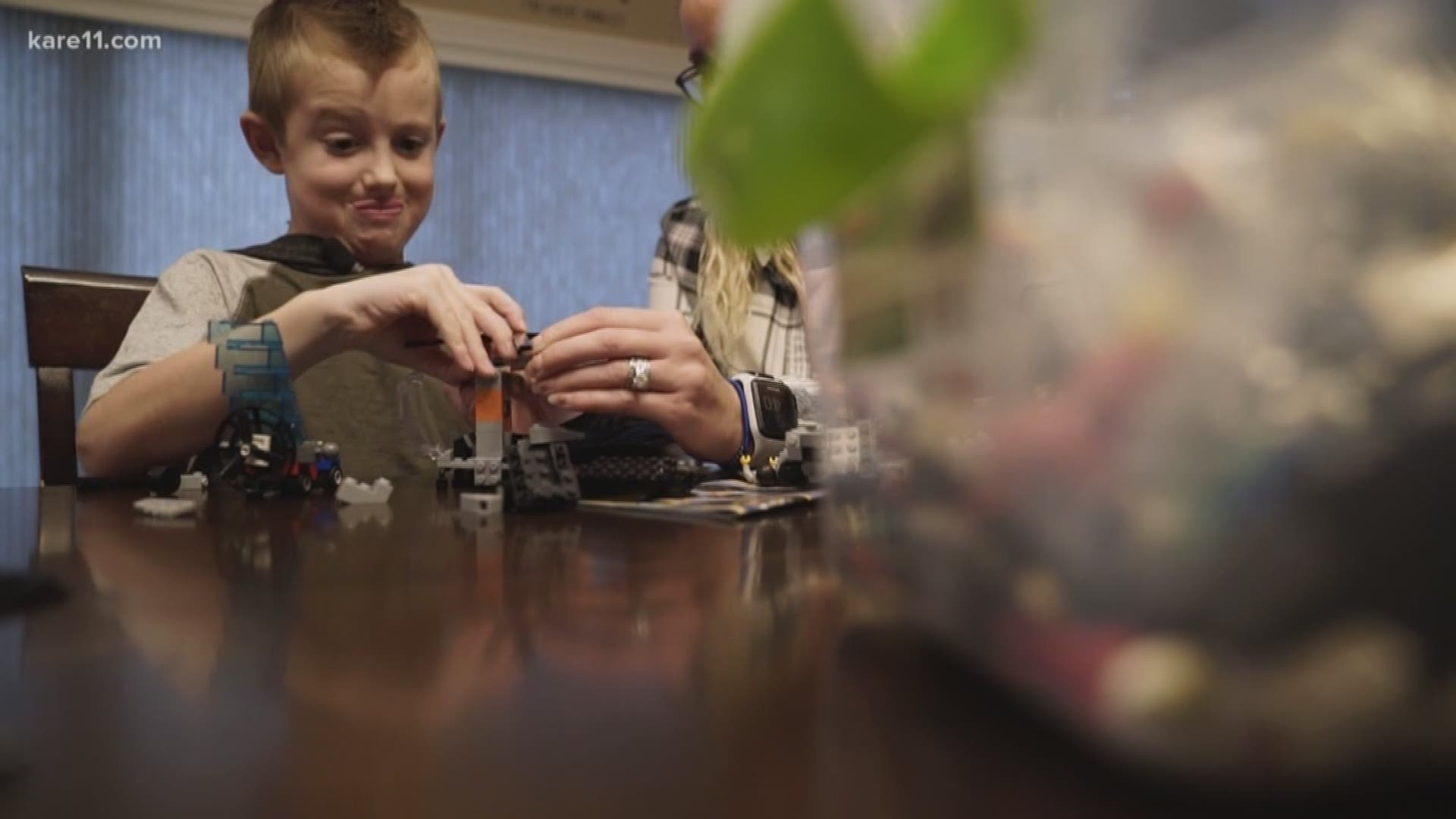 Six children from Minnesota have been diagnosed with a rare but potentially severe condition that causes weakness or even paralysis in the arms and legs.

According to the Minnesota Department of Health, the six cases have been classified as Acute flaccid myelitis (AFM) and were reported in children under 10 years old, living in the Twin Cities, central Minnesota and northeastern Minnesota.

7-year-old Quinton Hill from Lakeville is one of those six confirmed cases.

"It's been very scary," his father James says. "There's not much that can be done and as a parent that's very difficult to deal with."

Quinton has lost a lot of the strength in his left arm, along with some weakness in his legs and neck.

"Just to have him lift his head up a bit more to look to the side was a blessing, because we didn't know if that was coming back," Hill explains.

The family has felt helpless these past few weeks, dealing with a disease doctors know very little about, but thanks to other families, who are going through the same condition they are, they're now feeling better about their situation.

"There's a group on Facebook with a few hundred parents who are dealing with this and that helps," Hill says. "We want to tell others that they're not alone in this."

The MDH has contacted doctors in the area to be on the lookout for similar cases, as local disease investigators are working aggressively to gather more information.

The disease is known to hit the nervous system by traveling through the spinal cord. Symptoms can include sudden arm and leg weakness, drooping eyelids, facial weakness, difficulty moving the eyes and slurred speech/difficulty swallowing.

The Centers for Disease Control and Prevention said the condition is not new but a recent influx of cases in 2014 (mostly in California and Colorado) had been linked to the spread of an enterovirus known as EVD68. Minnesota saw three cases of AFM during that year. However since then, officials say they typically see less than one case a year.

If your child is experiencing any symptoms of AFM, you should contact your health care provider immediately.

Currently, there is no specific treatment for AFM, but doctors may recommend certain interventions, depending on the case.

- Stay home if you are sick

- Stay up to date on vaccinations

- Protect your children from mosquito bites if you are outside