A woman has been arrested on felony animal cruelty charges in Dakota County. Animal Humane Society investigators said they removed 60 dead animals from her property along with 40 live animals. 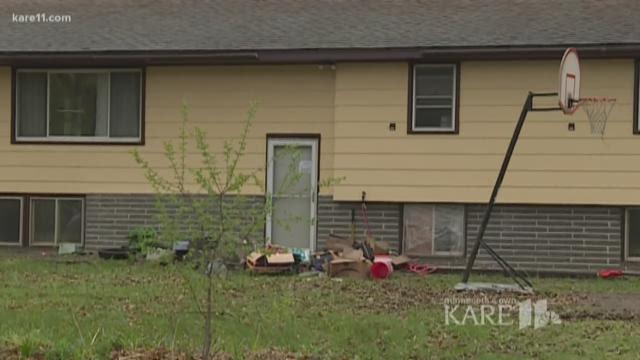 CASTLE ROCK TOWNSHIP, Minn. - A woman has been arrested for animal cruelty after authorities say she hoarded more than 100 animals at her property, including 60 that were deceased.

Animal Humane Society investigators said Friday their team removed about dozens of dead animals and about 40 live animals from the woman's Farmington property.

In a press conference, Dakota County officials said the majority of the animals were cats, but there were also five dogs, one pig, a hamster and a rabbit.

The Animal Humane Society was initially tipped off to the case after someone called to report a loose pig in the area. Officials said they also noticed several things that were odd about the residence.

"There was a strong odor, the owner was reluctant to allow us entry," Animal Humane Society humane agent Keith Streff said. "There were people coming and going from the home, the exterior of the home is a mess."

A neighbor said she noticed the mess as well. Several online pet store delivery boxes are strewn about the property and cans of unopened cat food sat in front of the door.

"Stuff just sitting out in the weather getting rained on and snowed on," Lisa Mason said. "I thought that's a shame you know--that cost somebody money."

The front door of the property bore a prohibited entry sign. However, before the sign went up, Mason said she was able to go inside to help make sure the surviving animals had something to eat before they were rescued.

"The cats were all emaciated," Mason described. "We filled up water containers and put them on the floor and those cats sat there and rank water for the whole 15 to 20 minutes we were in there."

Mason said she enjoyed driving past the house and looking at the cats from the outside. On the inside, she painted a completely different picture.

"The house is destroyed," Mason said. "If you can imagine garbage everywhere. There's probably not a clean speck of space anywhere in that house for any of those animals to sit on. They're a helpless victim in this situation. It's hard, I mean, but at least they're not in there anymore."

The woman allegedly involved is listed as a founder of a local animal rescue organization and the owner of a fitness studio in Farmington.

Friday afternoon, Dakota County officials announced they will not be charging the woman in question. They said the matter is complex and remains under further investigation and the woman has been released from custody at this time.

The animals seized from the property are under the care of the Animal Humane Society.