$600 unemployment benefit to end this week, here's how it will impact the Minnesota economy

Minnesotans have received more than $3.5 billion through the Federal Pandemic Unemployment Compensation. 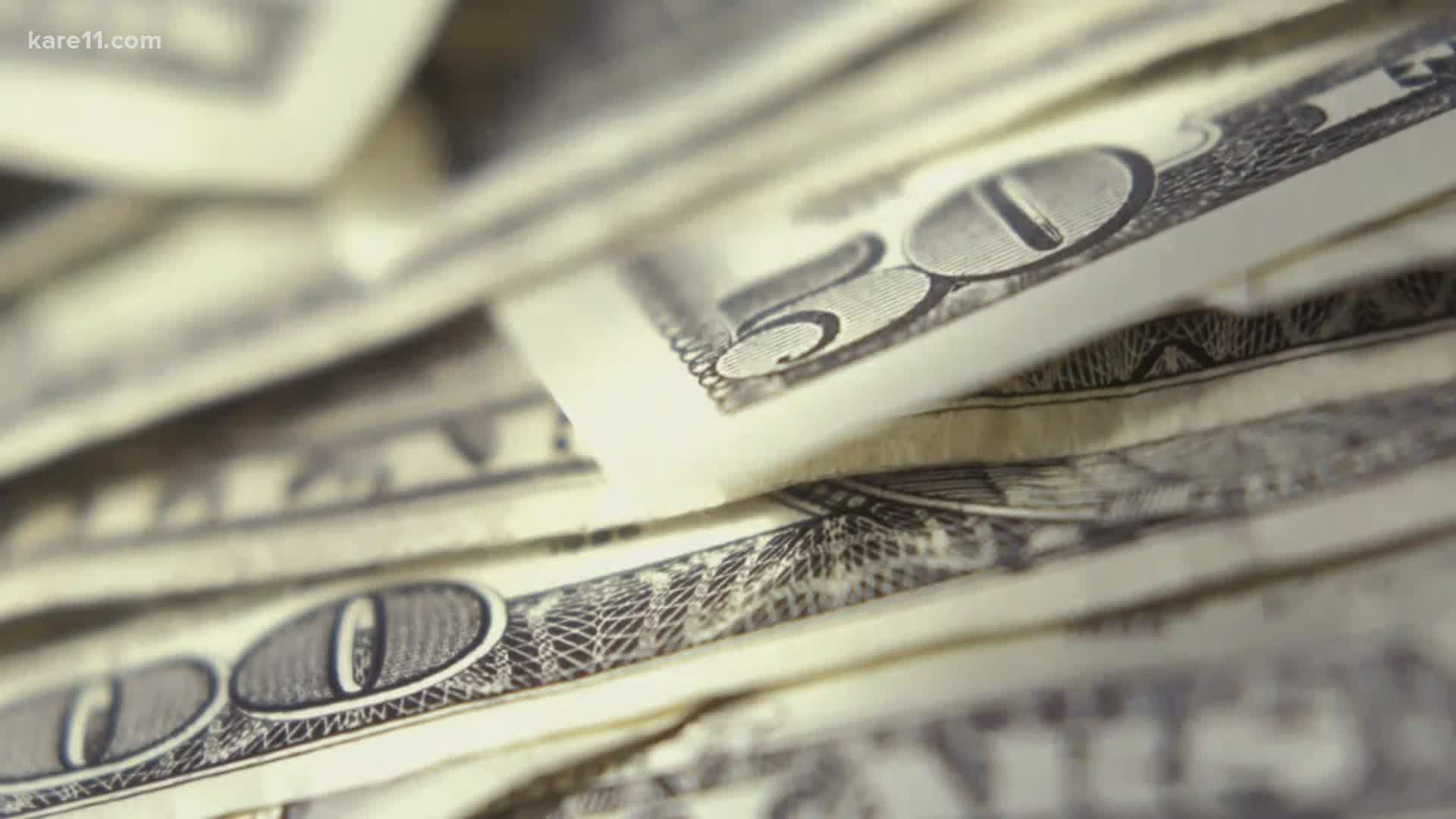 For many people that could cover a month’s worth of groceries, the utilities and probably a portion of the monthly rent/mortgage bill.

“If that benefit is not extended, Minnesotans will lose around $200 to $300 million a week,” Minnesota Department of Employment and Economic Development (DEED) Commissioner Steve Grove says.

Unless lawmakers decide to extend it, the federal government’s coronavirus relief program will officially end this week.

Grove says about 450,000 Minnesotans currently rely on that weekly $600 check to help pay the bills.

Since the program started four months ago, he says Minnesotans have taken in more than $3.5 billion.

“Our economy would be in a very different place without those payments,” Grove says.

RELATED: Severe COVID symptoms rarer in kids, but they do happen

The unemployment rate in Minnesota currently sits at 8.6%.

While that’s quite a bit lower than the national average of 11.1%, Grove says the local economy is still vulnerable without those weekly payments from the federal government.

"The loss of this benefit could have far reaching effects and we're concerned about it," Grove says.

Congress is still deciding whether to extend the benefit.

Democrats have released plans to extend it to January.

However, Republicans, the president included, argue many who receive that $600 a week payment are now making more money on unemployment than they did when they had a job, and therefore are less likely to go back to work.

"Over 70% of the workers in our system in Minnesota are making more on unemployment insurance now then they made before the crisis," Grove says.

DEED has heard from several local business owners who are struggling to find workers right now despite higher than average unemployment rates.

Grove says it’s certainly a concern, but eliminating the weekly payments altogether is even more concerning.

“To go from $600 to zero is a pretty big jump and so extending some kind of benefit moving forward would be incredibly helpful for our economy,” Grove says.

Whether the federal program gets extended or not, Grove says the state’s unemployment program will carry on like normal.

The state’s CareerForce database also includes tens of thousands of jobs that are currently available, and there are numerous state programs and services Minnesotans can use to help pay the bills.

"I think we want Minnesotans to know this is coming, to begin planning now in terms of budgeting, that this money is dropping off and to be looking for other ways to get assistance if you need it," Grove says.

To learn more about the various programs that are available click here.