A 9-year-old girl is dead after being struck by gunfire while inside an apartment. Police say she was the victim of gang members targeting the wrong home. 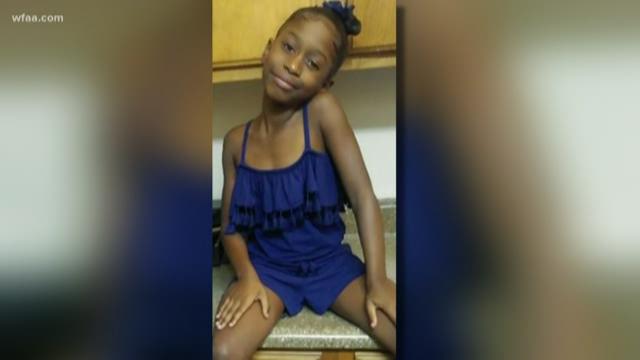 This story has been updated throughout.

A 9-year-old girl is now dead after she was caught in the crossfire of a gang shooting. Officials said she was struck by gunfire while inside an apartment Wednesday evening, according to Dallas police.

Police initially responded to a shots-fired call at Roseland Townhomes at 3535 Munger Avenue near U.S. 75 at 5:25 p.m.

At least two gang members, maybe more, showed up to a townhome wanting a tenant to come outside, Sgt. Warren Mitchell said. It's possible that the tenant is also a gang member, Mitchell added.

The gang members went behind the townhome and opened fire after the tenant wouldn't come out, Mitchell said in a press conference.

However, police said the gunshots hit the wrong home. That's when the 9-year-old girl was killed.

First responders administered CPR to the girl before taking her to Baylor University Medical Center, where she was pronounced dead.

No suspect information has been released either, but Dallas police are looking for at least two suspects, possibly more. Mitchell added that investigators are on the lookout for possible retaliation.

This is the same area where four teens were shot and two were killed in June while playing dice when a vehicle drove by and began shooting.

The little girl was well-known in the community.

Lakeitha Washington, a family friend, said that the child was loved and played with many children in the complex. "Everyone knew her, I'm her mother's best friend, and we need to find her killer," Washington said. "We need justice."

Kea Westbrook, who works with the non-profit Behind Every Door, saw the little girl often at the Roseland Community Center where she works.

She called the little girl a firecracker, full of life, and a big personality who took over a room.

"Today, one of these kids will not be able to walk in what we believed God had for her," Westbrook said. "But we'll keep showing up and we're praying for this family."

A Dallas officer told WFAA that roaming patrols will maintain a presence in the complex through Wednesday night.

This is a developing story. Check back for new information. Download our free WFAA app to stay up-to-date on all news stories in the Dallas-Fort Worth area.