‘A different version of myself’: Musicians champion recovery 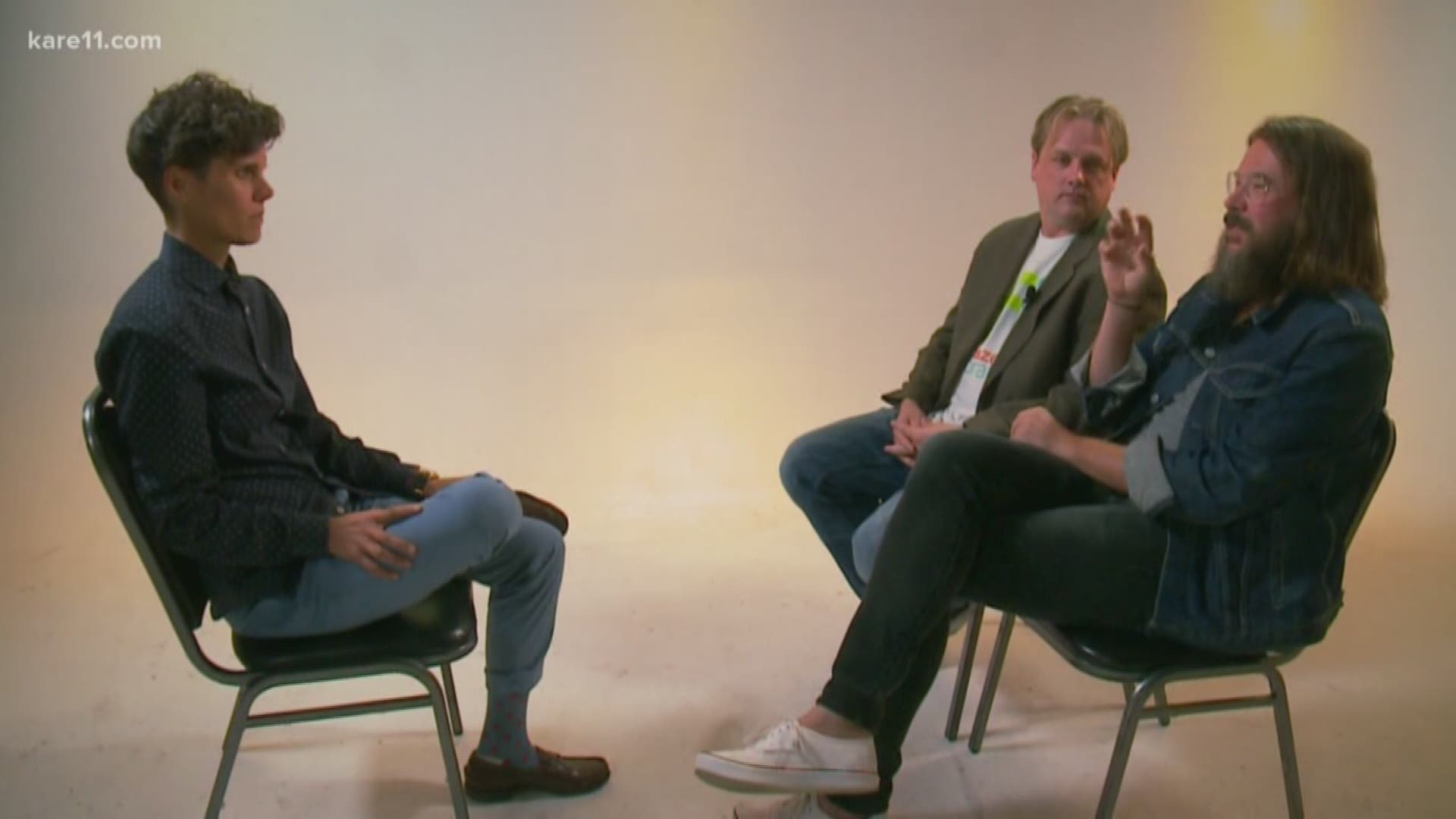 MINNEAPOLIS - There are a lot of pictures of the day David Campbell describes as his low point.

In 2011, as a host at 89.3 The Current, he was often in the public eye. But privately, he was dealing with untreated mental health issues, and using drugs and alcohol to cope.

On June 17, the eve of one of the Current's biggest events of the year, he went into a panic. He couldn't decide what to wear. He couldn't write his introduction for one of the headlining acts.

He couldn't calm down.

"There was nothing that I knew how to do to make myself feel OK at that point,” he says.

He started drinking and took all the drugs he had. It didn't work.

"I began to contemplate suicide," he says. "'I’ll kill myself.' And I tried and I couldn’t even do that right."

He woke up the next day with a knife in bed next to him. He got dressed, and showed up to emcee Rock the Garden.

One of the countless photos of him taken that day shows Campbell smiling, wearing a large hat, and eating a banana.

“Nobody knew. I got up in front of 14,000 people and nobody knew,” he writes of the photo. “This was definitely the bottom. I started to ask people for help after this.”

It took six more “long and difficult” months before Campbell made it to treatment in January of 2012. And he has no doubt about what would have happened if he hadn't.

“I would be another person that died of ‘uncertain circumstances,'" he says.

He still keeps the photo on his computer, as a reminder.

Campbell now works for Hazelden Betty Ford Foundation as an addiction technician, walking alongside others who have reached their own low points. Years before he started working full time in recovery, though, he helped bring something unique to life at Hazelden: A sober music festival.

“The culture of music doesn’t have to be so directly tied to drugs and alcohol,” he says. “And I think that’s the whole point of HazelFest.”

The annual drug- and alcohol-free festival bills itself as a celebration of recovery, and an attempt to "smash the stigma" surrounding substance abuse and mental health issues.

For Johnny Solomon, one of the festival’s earliest supporters, finding a way to extricate music from addiction was a long road.

At one turning point, he ended up in jail and missed his band’s gig opening for Soul Asylum.

“That was when I tried to take off and start again,” Solomon says. "Moved to a small town and stopped playing music. But then I started playing again.”

Credit: Sara Montour
Johnny Solomon, of the band Communist Daughter, will share his story and host a panel at this year's HazelFest.

He didn’t think anyone would listen to his new music, but they did. And as his band Communist Daughter started to pick up steam, so did his addictions.

“All these people were kind of counting on me and I couldn’t even go a couple hours without drinking,” he says. “It made touring, flying to shows, it made it stressful for everybody. And finally everybody was just ready to quit.”

At that point, Solomon says he was an alcoholic and addicted to meth. He was also trying to get a date with Molly - the woman who would become his wife.

“She told me that she could see herself with me but not this version of me,” he says. “And that kind of gave me hope that I could be a different version of myself.”

That was 2010. Now eight years later, he’s pursuing his master’s degree in addiction and clinical counseling through Hazelden’s grad school.

“It’s just a way of life for me now where it’s almost like, the thing I want to talk about the most is how normal and OK it is to be sober,” he says. “It’s not new and fresh and hard anymore.”

For Solomon, the tipping point was a pretty clear “crashing and burning.”

That’s not the case for everyone, though.

“Anyone in my outer circle would not know that I was struggling with alcohol,” says Katy Vernon.

An active Twin Cities musician, Vernon kept it together at shows. She didn’t get drunk onstage. But offstage, alcohol was becoming a problem.

“It became just a very normal, self-medicating thing for me,” she says.

Vernon was aware of a group called Dissonance, a nonprofit that addresses mental health and wellness among artists.

“When I really realized that drinking was becoming really toxic for me and I was struggling to give it up, I thought, they’re kind of a safe group of people to reach out to,” she says.

That started Vernon on her journey to recovery. She’s now just over two years sober.

“Once I started really taking care of myself I realized that I’d kind of been a very cautious person and I was always kind of trying to do the right thing, be a mother, a wife, work full time, yet I was really overwhelmed by all of that and trying to be a musician.”

So Vernon took a “leap of faith” and went on her first international tour – traveling solo across the UK, where she’s originally from.

“I spent a lot of time alone and traveling and wrote an album basically about finding new things in life to get excited about,” she says. “Basically reinvigorating my life and not being scared anymore.”

It hasn’t been easy, though. Vernon says when she quit drinking, she discovered she had serious depression.

“It snuck up on me,” she says. “But that’s what’s nice about the recovery community is that people often understand that you’re dealing with more than one thing.”

David Campbell says he had a similar experience when he got sober.

“The reason that I used alcohol that way, was that there were all these things in my life that weren’t working,” he says. “I had an anxiety problem that I didn’t know about until I got through treatment.”

Campbell says he sees the narrative around mental health and recovery changing.

“I think the idea of, like, sex and drugs and rock and roll are all your body needs is being questioned," he says. "Because we’re watching all our heroes from the ’60s and ’70s and ’80s die, and there’s young people saying, ‘Maybe I don’t need to do this.’”

Campbell says he loves when people who aren’t sober come to HazelFest to experience that world for a day – or support their friends in recovery.

“There are people out there that can use in healthy ways and it doesn’t bother them,” he says.

But for those who can’t – he has a message.

“There’s way more people out there than you think that are living a life without those things anymore because those things were causing them harm,” he says. “Look at the cost of those things in your life and if the cost is something that you’re uncomfortable with or that you’re unwilling to give anymore, know that you don’t have to.”

Johnny Solomon will be presenting a storyteller's panel of creativity, personality and recovery at 4:45 p.m. featuring Memphis singer-songwriter Mike Doughty, Jennifer and Jessica Claven of Bleached, and Al Howard of Redwoods Music.