A game that reduces snoring? There's a MN-based app for that.

Soundly is billed as physical therapy for your airway. 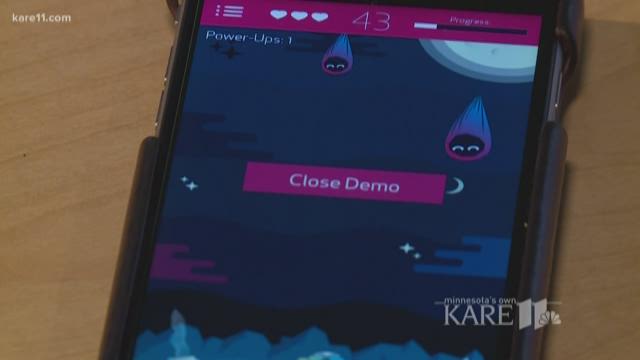 Research and development at the University of Minnesota have led to a new tool in the fight against snoring, and it's as simple as downloading a game on your iPhone.

Krohn says the root cause of snoring, in most cases, is weak upper airway muscles. Unlike many anti-snoring devices, Soundly attempts to help train "players" to strengthen those muscles through a voice-controlled game.

"It's just like, if you hurt your leg, you have to go to physical therapy, if you have a weak upper airway you have to strengthen and tone that," Krohn said.

The game works a bit like old games like Space Invaders, except you use words to manipulate your avatar from left to right on the screen. Players say "naw" to move left and "knee" to move right.

And the game is showing promise for snorers. The University of Minnesota-Fairview Sleep Center gave it to one of two groups involved in a study last year.

"The group that did exercises (with the game) had significant improvement in their snoring," said Umesh Goswami, a sleep physician and medical director for Soundly. "We're more likely to affect people in which it is coming from the back of the throat and just above the voice box."

Like any therapy, results do vary, but there are no risks to playing and it only takes about 15 minutes a day.

"It will take about six weeks to strengthen and tone your upper airway."

Krohn and Goswami believe the game holds promise for Sleep Apnea but more research, and FDA approval, must come first.

The Soundly app will officially launch in December for about $10-$15 a month. For now, users who are interested can sign up to take part in a free beta test version of the game. Click here to learn more.