A laundry list of new MN laws that kick in Aug. 1

Here's a sampling of several new laws passed during the 2019 legislative session that take effect Thursday, following a batch of other new laws that took effect July 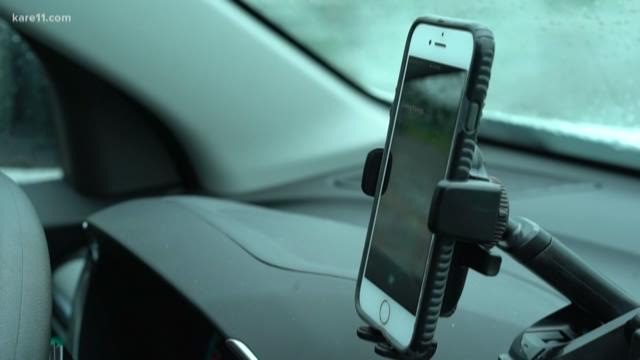 Minnesota motorists will be required to use hands-free devices if they want to talk on the phone while driving. Slower drivers must move over to let faster drivers pass. Groping a person's clothed buttocks without consent will become a crime. And vaping in public indoor spaces and workplaces will become as illegal as cigarette smoking in them.

Here's a sampling of several new laws passed during the 2019 legislative session that take effect Thursday, following a batch of other new laws that took effect July 1:

State safety officials have been working hard to make sure that all motorists know by Thursday that they can't talk on the phone while driving unless they're using a hands-free device. They say the experience of other states shows that the crackdown on distracted driving will save lives. A first offense will cost $130 with the fine jumping over $300 for subsequent violations.

It will still be OK to operate a cellphone by voice commands or single-touch activation while driving — as long as you're not holding the phone. Built-in Bluetooth systems on newer cars solve the problem. So can Bluetooth speakers or earphones, or earbuds with a microphone as long as they're plugged into only one ear. Many retailers sell hands-free mounts. The Department of Public Safety has posted tips at HandsFreeMN.org.

Of course, the simplest, cheapest and safest solution is not to phone while driving at all. Officials point out that hands-free is not the same thing as distraction free.

Slowpoke drivers will need to stay out of the left lane. If a road has more than one lane in each direction, a driver must now get out of the leftmost lane to let faster drivers pass — assuming that's practical.

The new requirement does not apply when preparing for a left turn at an intersection, or into a private road or driveway, or preparing to leave a highway where the exit is on the left side.

Intentionally touching someone's clothed buttocks with sexual or aggressive intent without their consent will now count as 5th degree criminal sexual conduct, a gross misdemeanor punishable by up to a year in jail and/or a $3,000 fine.

The new law eliminates an exemption that was inserted into the state's criminal sexual conduct laws over 30 years ago, back when many lawmakers thought criminal penalties for groping clothed buttocks were too severe. That was long before the rise of the #MeToo movement.

Minnesota's Clean Indoor Air Act will expand to cover e-cigarettes, making them subject to the same prohibitions as tobacco smoking in restaurants and bars, as well as almost all other indoor workplaces and public places.

While at least 25 counties and 31 cities across the state have already imposed such restrictions, according to the Minnesota Department of Health, the new law expands the prohibitions statewide.

Besides protecting people from secondhand nicotine vapor, which can carry other harmful chemicals, the law is also aimed at curbing the epidemic of e-cigarette use among young people.

Certain parents who have lost their parental rights will have a little easier time trying to get them back.

Parents who've lost their children due to "non-egregious harm," typically meaning mental illness or chemical dependency, will be allowed to directly petition a judge to have their rights restored — if they can show that they've addressed their underlying issues and gotten their lives back on track. Previously, only county attorneys could file such petitions. A child must have been in foster care at least four years before the petitions can be filed.

The change does not apply to parents who lost their rights because of physical, sexual or psychological abuse.

Sponsors said the old rules were disproportionately hard on families of color with children stuck in the foster system. The decision on whether it's in a child's best interests is still up to the judge.