Chris Bauer knows a lot about those three words and the choice that comes with it. She had to make it in 1984. She's now writing about it. 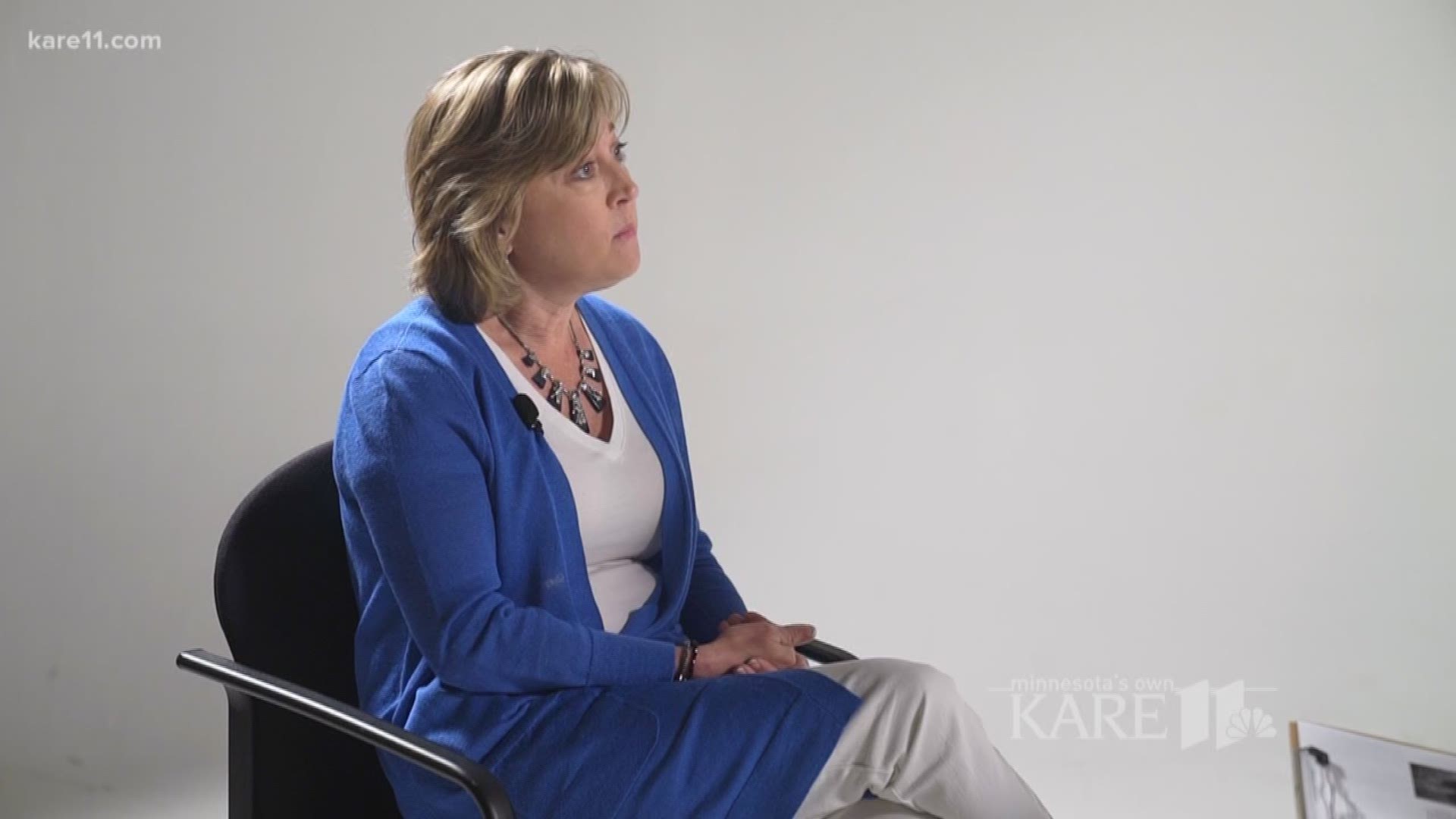 GOLDEN VALLEY, Minn. - Since 1973 women have had the right to choose when faced with a pregnancy they didn't want, or, didn't plan for.

That choice in the decades leading up to it and since has been at the epicenter of so many battles. Battles that, too often, end with which side out yells or out-intimidates the other. And lost in those battles are the stories, of choice.

Chris Bauer knows a lot about that choice, as she had to make it, in 1984.

“I got to college and just weeks into freshman year, I found out I was pregnant. I was devastated, I was not mother material at 18-years-old,” Bauer said.

Before we get to that choice she made in 1984 know that Chris was on birth control when she got pregnant, it just didn't work.

And before we get to that choice know that she considered them all.

The choice she ultimately did make did change her life. So much so that she has written about it for the better part of her adult life.

“I have been working on this book off and on I figured for really 27 years,” Bauer said.

The book is titled ‘Those Three Words’ and it is finished. It is the story not only of what she chose, but it is also a thank you story that she got to choose.

“It’s exciting and actually terrifying that this book is finally published because it is very personal, but like I said I felt it was an important story to tell about what a woman goes thru when dealing with that agonizing decision. People have opinions but it’s all really personal to the woman, her partner and her family,” Bauer said.

Motherhood is a job Bauer said she so knew she was not ready for, and, so respected, she had to choose to pass the job to someone else.

She chose an open adoption for her daughter and in doing so met a couple who also made the choice to really let Chris see the girl grow into a teen and then a woman.

Over 18 years, photos were shared until they finally met when the girl, Katie was grown. It is the kind of story one would want if she had to choose. Which is precisely why Chris said she had to tell it.

Chris’ book, ‘Those Three Words’ is available on Amazon or on her website.