Achieve Clean is a 100 percent natural laundry detergent that was developed to support job programs for people with disabilities. 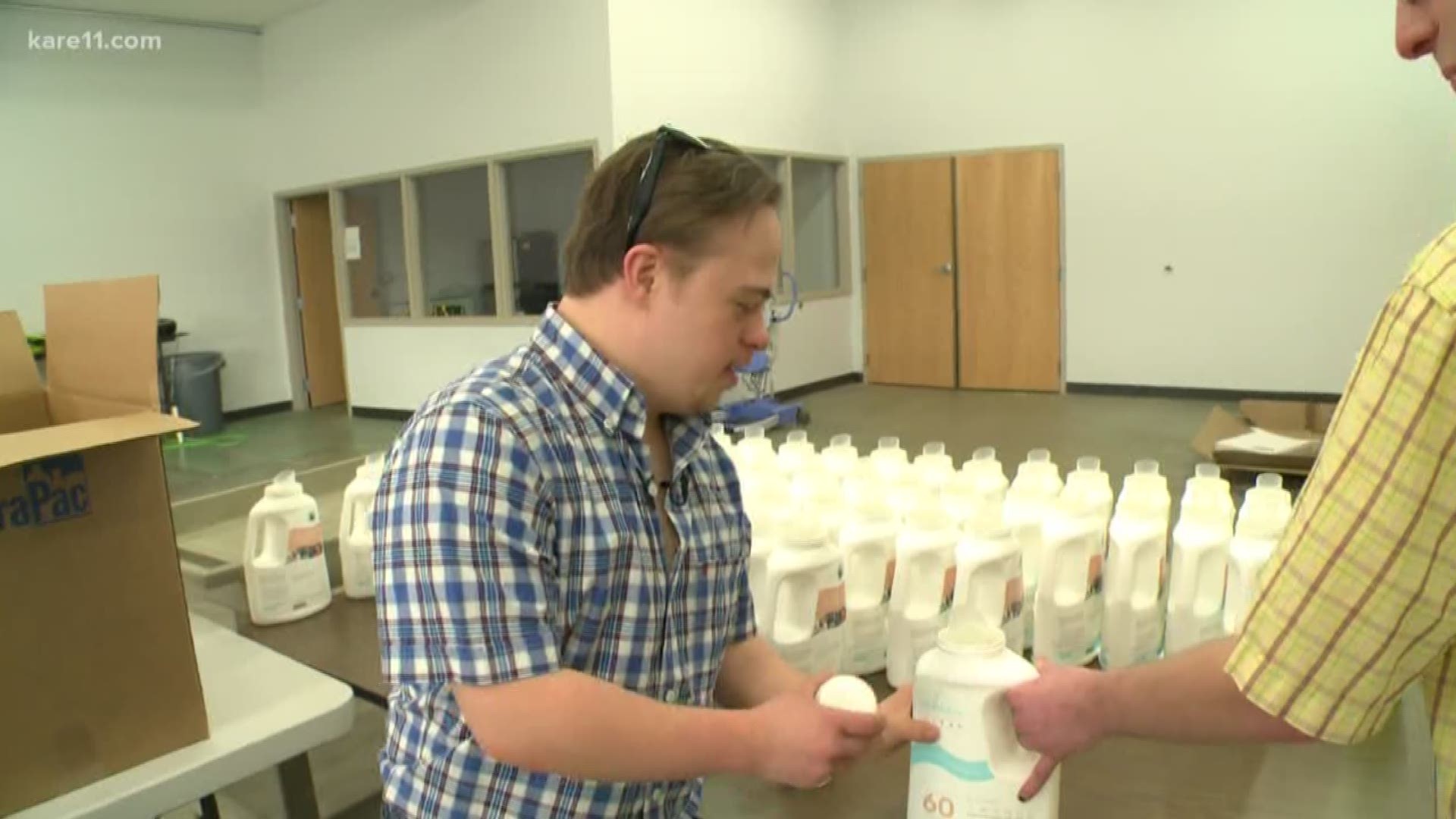 FRIDLEY, Minnesota — A Minnesota nonprofit is helping adults with disabilities—one laundry detergent bottle at a time.

Achieve Services in Blaine, a nonprofit that serves people with developmental disabilities, launched Achieve Clean in 2015.

Achieve Clean is a 100 percent natural laundry detergent that was developed to support job programs for people with disabilities.

"The idea was... we're going to create a product that people will buy with 100 percent of the proceeds going to support job programs for people with disabilities. People with developmental disabilities have one of the highest unemployment rates and so our mission is to help to reduce that unemployment rate with one load of laundry at a time," said Alex Carlson, business development specialist for Achieve Services.

On any given day, five to six people are working at Achieve Clean. Over the years, about 30 people with disabilities have worked on the project.

Achieve Services works with about 200 adults with developmental disabilities.

Chris Groska is an assembly worker that has also worked on-site at Achieve Clean.

Groska plans on going to school for a degree in business management but in the meantime, he said, "It's a nice job to tide me over until I'm able to go to school."

Carlson said they hope to one day sell enough detergent to fund a significant part of their program. Right now, the nonprofit relies heavily on government funding, according to Carlson, and that funding is unreliable.

"It's more than just a product that you get off the shelf. It's a product that has a story behind it and a person who is being benefited by every bottle that we sell," Carlson said.

When asked how he feels about his job, employee Dan Krieger said, "I love it."

You can buy Achieve Clean on its website, as well as Amazon and some Coborn's locations.

Carlon said it's best to order through the Achieve Clean website.

This summer, Achieve Clean is moving its production facility from Fridley to Achieve Services' main building in Blaine.